All Jodorowky’s films at ZKM 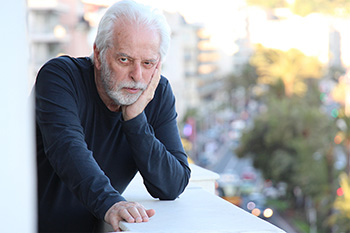 Shortly before his 85th birthday the ZKM | Karlsruhe presents a comprehensive retrospective of director Alejandro Jodorowsky (1929, Chile). Venerated by fans, and for the most part ignored by official works on the history of film, Jodorowsky’s cinematic oeuvre marks an entirely unique mythic-cathartic approach to reality. His films feature marvelous unseen and shocking images and are about people in search. In keeping with the visions characteristic of the 1960s, Jodorowsky’s films, inspired by the idea of an augmented filmic language, lead to an expanded consciousness, and, in turn, to an extended reality.  He transferred the experiences of his happenings in «panic» theater − in collaboration with Fernando Arrabal and Roland Topor − to his first feature films, which, at the time caused scandals. «When shooting a film, my mind is empty. I am thus a medium», remarked Jodorowsky about his work.  Alejandro Jodorowsky’s main works are bizarre anti-Western El Topo (1970), the parable Montana Sacra/ The Holy Mountain (1973), a synthesis of media critique and mysticism, and Santa Sangre  (1989), a drama about love, madness and death, which Jodorowsky set in the circus milieu. In part, this work was produced and financed by Beatles manager Allen Klein. Jodorowsky’s failure as director of Dune, based on the science fiction Roman by Frank Herbert, is also legendary. His version planned to cast Mick Jagger, Orson Welles and Salvador Dali. Last year Alejandro Jodorowsky surprised the film world with his first work as director after a twenty-year absence: La Danza de la Realidad / The Dance of Reality  in which he filmed part of the life of his father.  But Alejandro Jodorowsky is not only a filmmaker. He is also novelist, musician, mystic, draughtsman, philosopher and much more. His col laboration with comic illustrator Moebius (among others, The Incal) was world famous. Jodorowsky studied psychology and philosophy, and for many years worked in the circus, with Marcel Marceau, for example. In the early 1960s, he founded the «Movimiento Pánico»  together with Fernando Arrabal and Roland Topor, a kind of performance group with which he organized happenings along the lines of the Vienna Actionists. As an advocate of his own spiritual-therapeutic practice, Jodorowksy holds lectures throughout the world on the subject of «psycho-magic». He holds weekly tarot sessions in a Paris café.  At summer 2014, the ZKM shows the films La Danza de la Realidad (2013) and Jodorowsky’s Dune (2013) by Frank Pavich (from the press release)