Art on TV. Forms of diffusion. 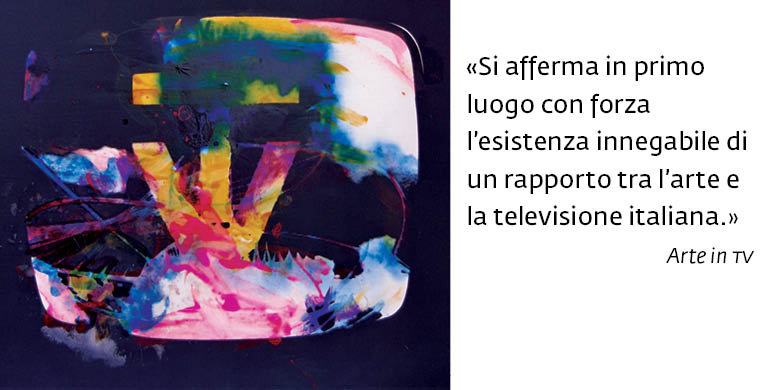 Mass media and the civilisation of images, cultural consumerism and a show biz society, era of technical reproducibility and mass culture: today’s world resounds constantly of emergencies that are no longer new to us but thoroughly analysed on historical, social and artistic levels. Recurring concepts are also found when exploring what has happened to art since the 1950s following the arrival of television. «Art on TV. Forms of diffusion», the collection of essays by Aldo Grasso and Vincenzo Trione, is an interesting and analytical tool that sums up the issue. This book is extremely important and useful in that it offers a prevailing and privileged look at the conclusion of two processes that began a long time ago: the loss of the ‘aura of art’ (and its later demise) and that of mass communication incarnated by television. This collection carefully draws the outline of the very peculiar history of the exchange between two distinct worlds – television and art – up to the point of television’s integration (not only as a medium but as an expression of society’s phenomena and evolution) into the social history of art.

This is the story of fascination and of a revision of objectives. Initially, the goal of television was to educate and so it employed methods – from the academic approach of the very first programmes in form of lectures to the predominance of entertainment and showy exhibitions as its idioms. We must keep in mind that a work of art as a ‘holy scripture’ «does not allow for distractions whereas television cannot get along without them»[1] . Art was a subject for the elite until the 1960s and then it suddenly opened up to the cultivation of literacy of the people, in compliance with the intentions of the Public Service, until it became a commercialized product. This corresponded perfectly to the logic of supply and demand of the time, since television had become a market that was accentuated with the arrival of commercial television. More channels came into being and programming needed to expand, resulting in platforms that discussed culture in an increasingly broader manner such as a lifestyle and featured the performing arts, architecture, fashion, design, the environment and particular events to promote. 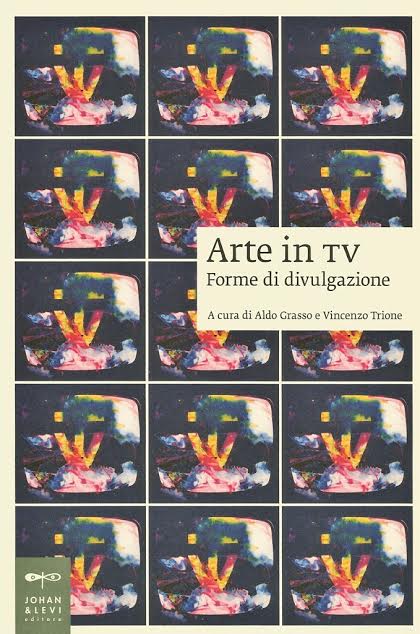 The story of this captivating exchange cannot be disconnected from its protagonists. These are not limited to intellectuals who were involved in animated debates as to what television actually was, calling attention to its association with radio and cinema. There have always been those experts/critics/luvvies/journalists ready to lend their faces to the mediation between the public and art with results that lead up to a «self-affirmation that is sometimes narcissistic»[2]. Pasolini was bitterly critical of the medium as an architect of anti-democratic passivity and Arnheim’s attitude was one of scepticism in the face of a flow of images which had not been «passed through the strainer of reason» [3] while Argan and Ragghianti began to reflect upon the aesthetic experience of television, hoping that a visual idiom could be created instead of merely using the means as a source of education.

We now know that video experimentation has gained more ground in specific fields of contemporary art than on television. In recent decades, however, we have witnessed more frequent use of video graphics and graphic design. If capturing the benevolence and attention of the public is necessary, orienting their choices in programming and consumption is even more important. This is the goal of the coordinated images of television stations with their jingles, bumpers and promos as well as of an internationalized style of advertising.

The voracious appetite of the civilization of consumerism has made an impact on both television and art, intended as expressions of this very society. This has not always led to disastrous results in the effort to speak of art with ease and credibility. The fact is that television often informs, promotes and supports art as well as being the archive of audio-visual documents. And yet, Didi-Huberman’s opinion is worth remembering: to look at art without any hurry and in its vital function: as urgent and burning as it is patient[4]. All of this without even exploring those sweeping emotions of Stendahlian memories that are overwhelming, intimate and primitive. We remain defenceless in the face of these first-hand emotions that are experienced without any filter or mediatory tool to protect us.

[1] Anna Luigia De Simone, Dentro l’immagine. Come si guarda un quadro in televisione [Inside the image. How to Look at a Painting on Television] from «Arte in TV. Forme di divulgazione» by Aldo Grasso and Vincenzo Trione, Johan&Levi Publishing, Milan 2014.