Edda comes from Germany, but has relatives in Italy. You notice her as soon as you arrive in the auditorium. A dazzling smile that only her eyes reveal. An interesting accent.

An intrepid admirer of the company, Edda waited for the pandemic situation to calm down before boarding a plane to Italy.

The show starts. Edda laughs, laughs a lot, and you focus on her engaging laughter which unites with the children’s laughter. 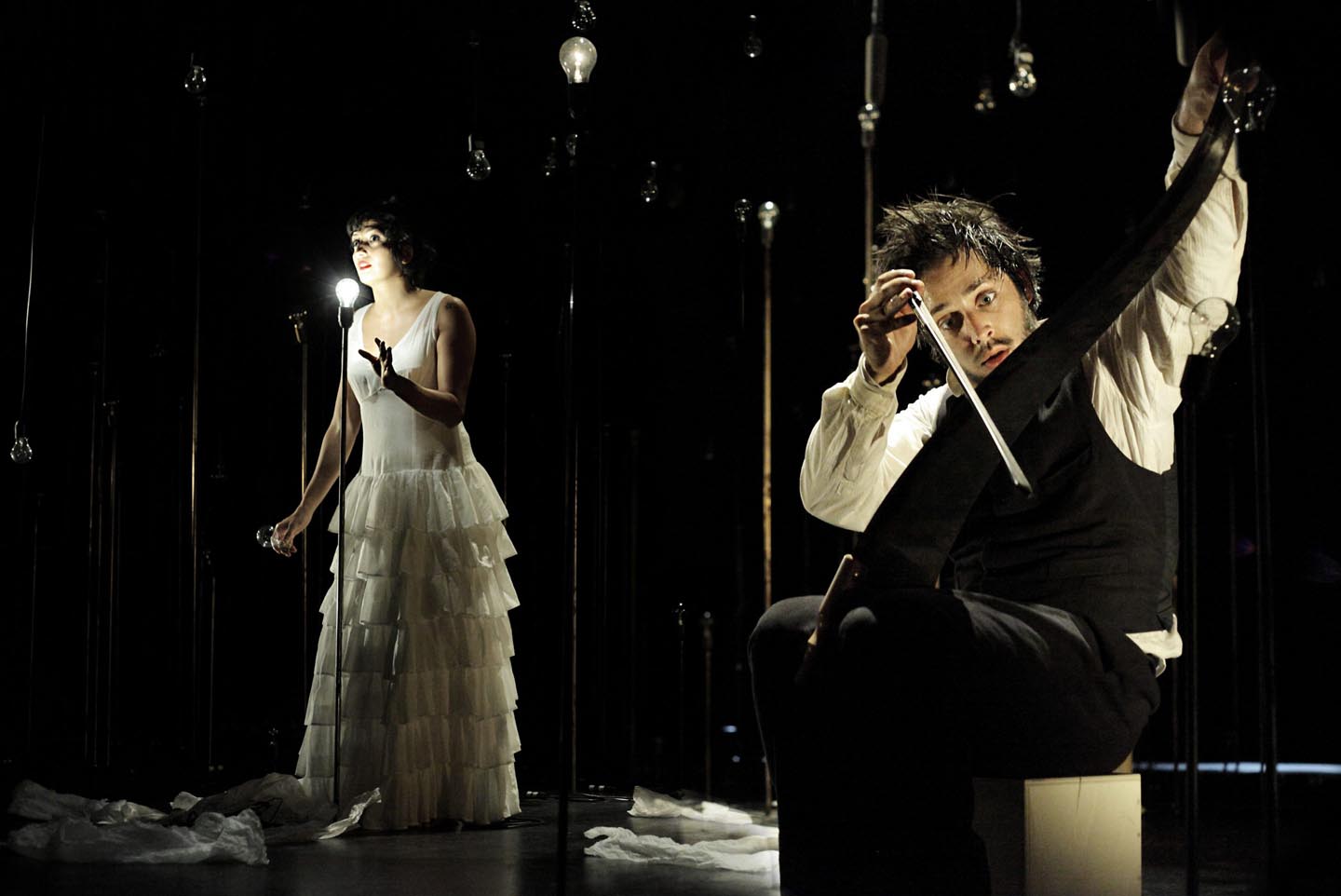 Then the laughter dies down. In silence, the story of Ruggero begins.

The narrative becomes sadder and more real. Suddenly you find yourself overwhelmed by emotions and you focus on your own reactions, your own strong feelings. The difference of a child who “you try to make laugh when they look and observe you.”

Bianco su Bianco (White on White) is a story for children who are no longer children. It is the story of Ruggero’s imagination and his scars, of cigarettes extinguished by his father’s cruelty.

Ruggero as resistant as crystal.

Ruggero as strong as thunderstorms, those thunderstorms that wash away everything, filling you up and embracing you.

Ruggero playing at inventing new words and discovering the meaning of existing ones. 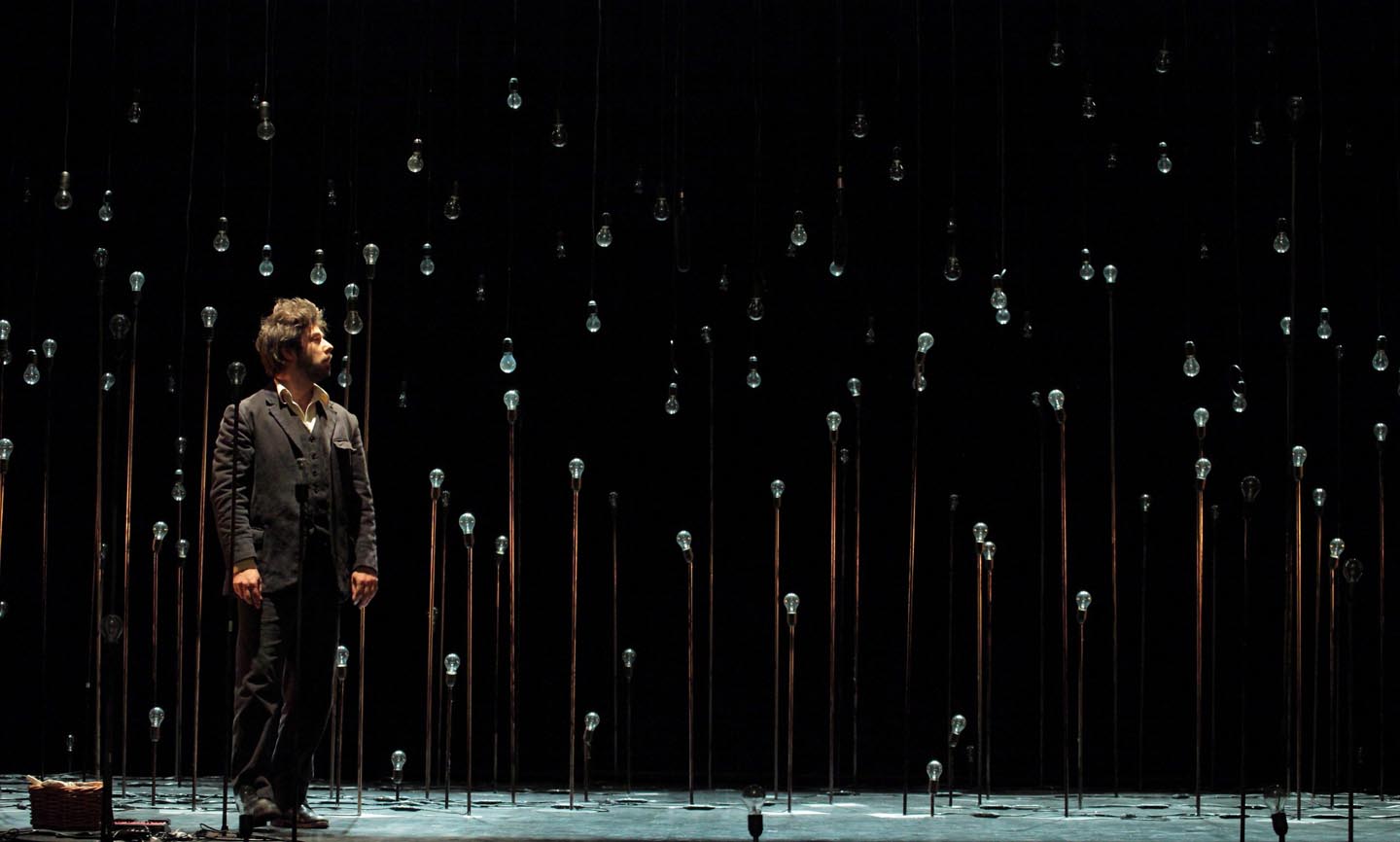 Ruggero and spaces. There are plenty of spaces here.

Enclosed spaces are more beautiful than open ones.

Ruggero and the architects: architects talk about spaces and design them. And people light them up in the most incredible corners. 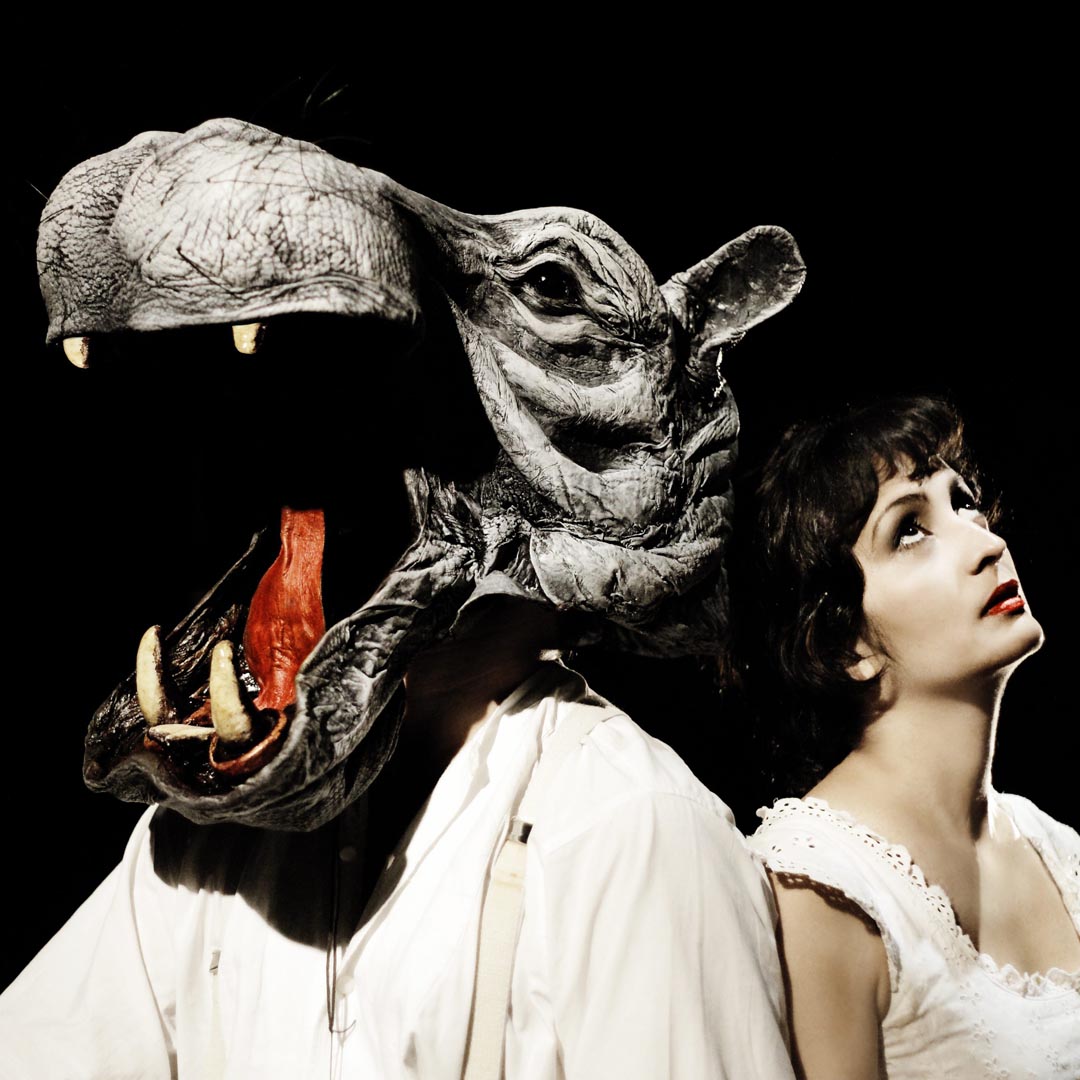 A dreamlike narrative, a daydream of a possible reality.

Fantastic, surreal images. And an ending that ends well.

Text and video of this article were realised on occasion of Bianco su Bianco by Compagnia Finzi Pasca at Teatro Vittoria in Rome on November 20, 2021 within Romaeuropa Festival and as part of  AUDIENCE ON STAGE, fourth edition of BACKSTAGE / ONSTAGE ‘, a multimedia editorial project realised in a partnership  between the Rome Fine Art Academy, Romaeuropa Festival and Arshake.