AUDIENCE ON STAGE at REF21

The multimedia project BACKSTAGE /ON STAGE is about to launch its new edition where audience goes on state.

AUDIENCE ON STAGE is the title and theme of the new edition of BACKSTAGE /ON STAGE, an editorial project realised through the collaboration between Romaeuropa Festival, Arshake and the Rome Fine Arts Academy.

For the 2021 edition, BACKSTAGE / ON STAGE has moved its focus to concentrate on the spectators of the Romaeuropa Festival, their behaviour and way of relating to the performances, their interest and the effect that this produces. The survey was carried out transversally, covering the different performance genres at the festival, from dance to drama and music.  AUDIENCE ON STAGE examined the entrances, lobbies and corridors of theatres, stalls, boxes, mobile phones and online event screens, searching for the gaze of the so-called emancipated spectator, i.e. he or she who finds a new kind of contact and closeness with others in the theatre, but also discovers a new connection with their own active existence. 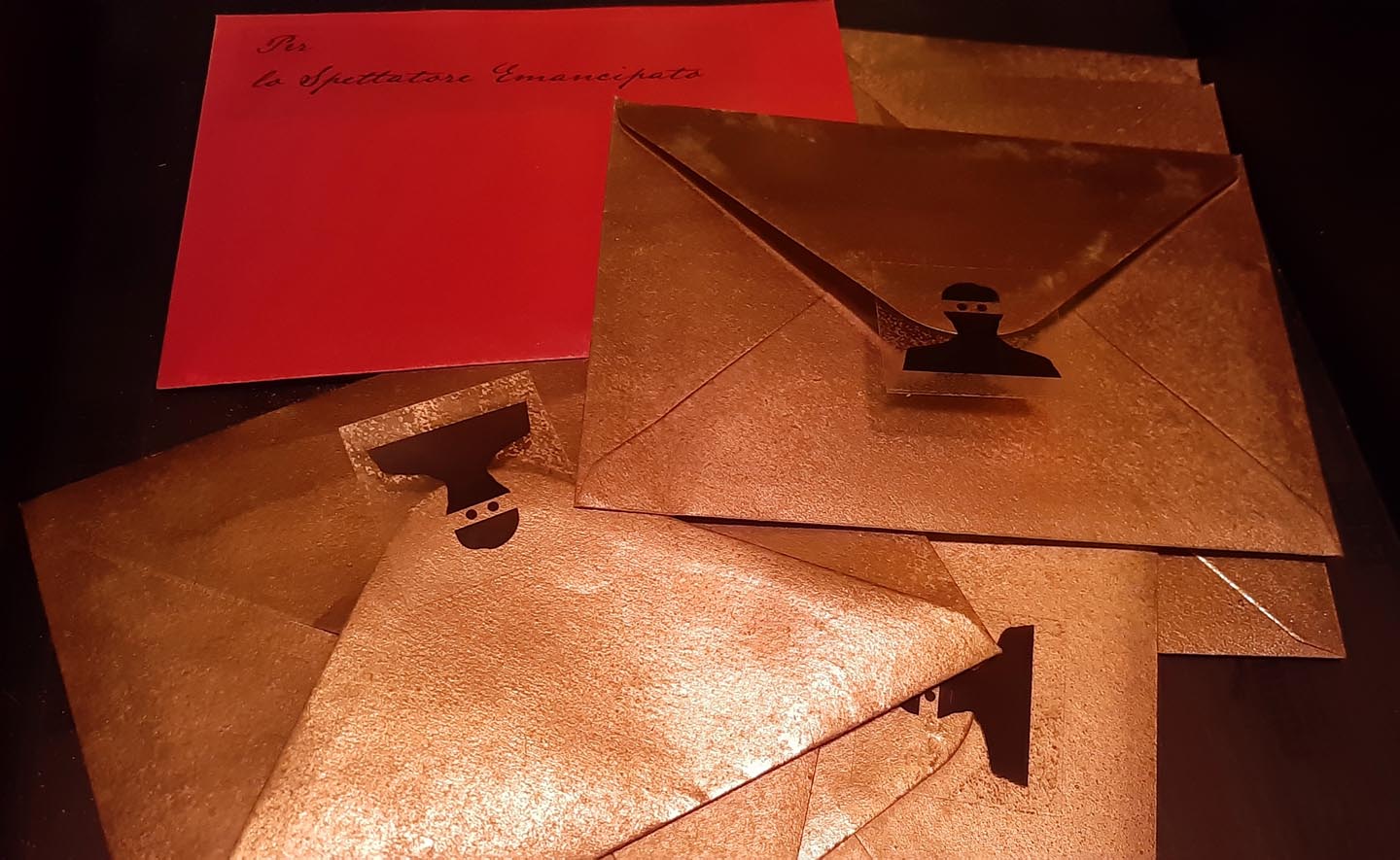 For three consecutive years BACKSTAGE / ONSTAGE has transversally involved students of videos, graphics, didactics and multimedia arts, young artists from the Rome Fine Arts Academy who have followed the Romaeuropa Festival behind the scenes and on stage to create a multimedia editorial project.

Texts, graphics, photography and videos have reflected the privileged gaze of those who have been able to experience first hand the production of each work, especially the section that, within the Romaeuropa Festival, is dedicated to digital arts and, since 2018, to algorithmic performing arts, curated by Federica Patti.

For the Romaeuropa Festival 2020 edition, “Con Tatto” (“ConTact”, which in Italian is a play on words: “con” meaning “with” and “tact” meaning “touch”), which is taking place in a historical moment characterised by a pandemic, the online extension of this section – like some others in the Festival – has allowed for the inclusion of artists who have creatively inhabited the online space for years. This has given students the opportunity to imagine and create a special version of BACKSTAGE/ONSTAGE: Back Onl(y)ne. Together with the artists and their works, the focus is directed at the locations and the different ways of enjoying the artworks online, moving between analog and virtual. Texts, photographs and videos detail an aspect of this new way of seeing and listening to performances which is largely hidden, taking place in front of a screen and in an incredible variety of spaces and moments.

For the 2021 edition, the Audience goes on stage with the show. 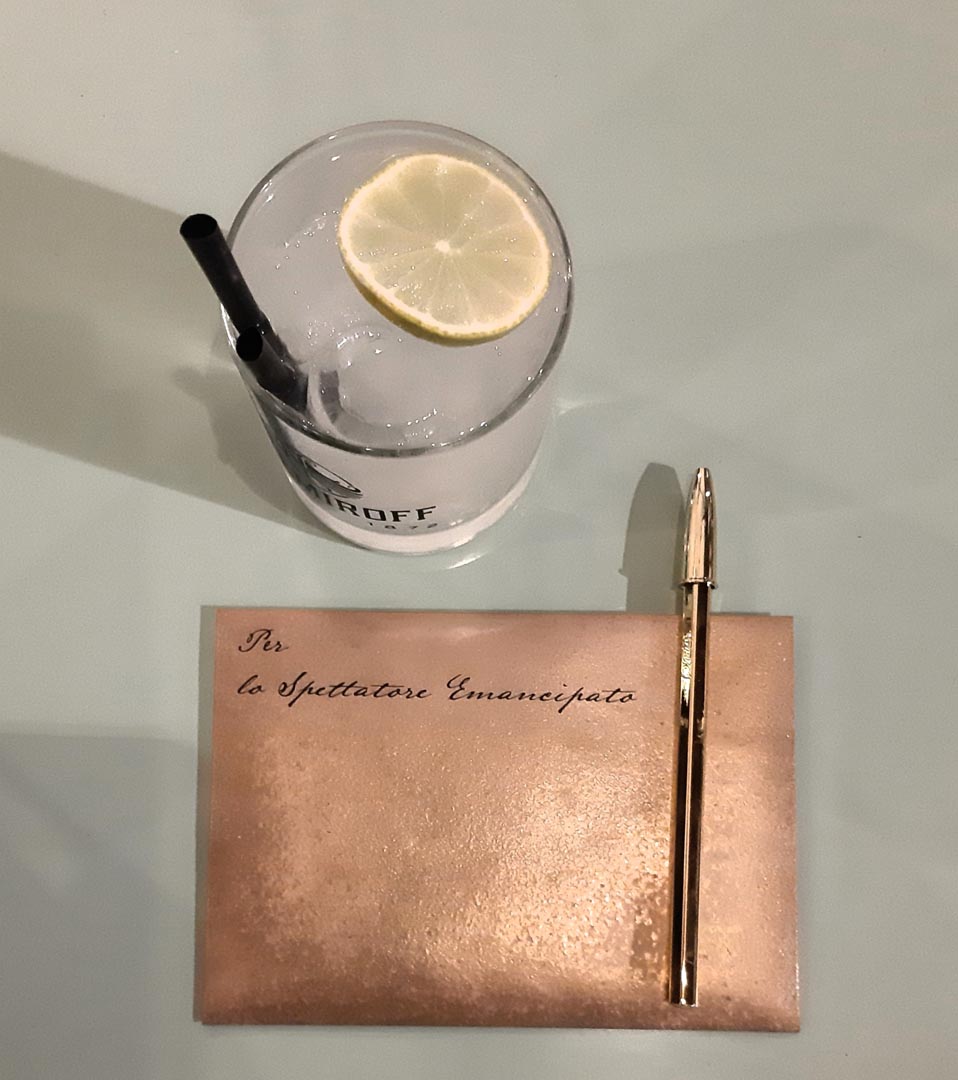 Rediscovering the value of proximity

There could be, among the readers of this article, someone who has seen us outside the theatres that hosted the Romaeuropa Festival. We are looking for what Jacques Ranciere called “emancipated spectators” to answer our questions together. The theatre is a place of community and also a place for the exchange and dissemination of ideas. For this fourth edition of BACKSTAGE / ON STAGE we are dealing for the first time with the constituent element of the show: the spectator. Thanks to last year’s experience, we have discovered the value of distance, investigated the method of online use. It was exactly in this dark moment that the theatre brightened our days, albeit in the solitude of our rooms and from the lights of our screens, rather than from the warmth of the spotlights. The quality of theatre is in the vitality of action and enjoyment; living bodies turn to other bodies gathered in the same place. After the lockdown experience, we questioned the role and value of the spectator, not only to discover the community that lurks in the darkness of the theatres but also to further reduce the natural distance that exists between the performance and its participants. As the mode of enjoyment represents the difference between a performance on screen and on stage, we wondered what the spectators were doing while sitting in total passivity vis-à-vis the scene? What effect does the theatrical performance have on them? What exactly happens in the auditorium? Are people active, in the broad sense of the term, or are they destined to be seduced exclusively by images? Some of you readers may have been selected as emancipated spectators; others may have only seen us outside the theatres; in any case, know that we are among you and we are looking for you to answer these questions together.