La Faune, A Story Of Arizona Tea And Self Care Habitats at DIGITALIVE20 and its online fruition under a creative gaze

On 4 October Mara Oscar Cassiani, winner of the last Digital Award edition, staged an original piece for the RomaEuropa Festival’s online audience. This was “First Habitat:Roses Internet Abduction”, a preliminary study linked to the performance in progress to be presented in 2021.

Cassiani, a polyhedric artist, in light of the occasion and also given the circumstances of the pandemic, created a made-in-internet video using her favourite work tools: electronic music, image and performance. The use of digital languages is at the basis of her research, which focuses on the creation of or emphasis on a new iconography that, in turn, generates contemporary rituals. This first Habitat, challenges the analogical reality and calls into question ancestral themes with symbolist undertones. 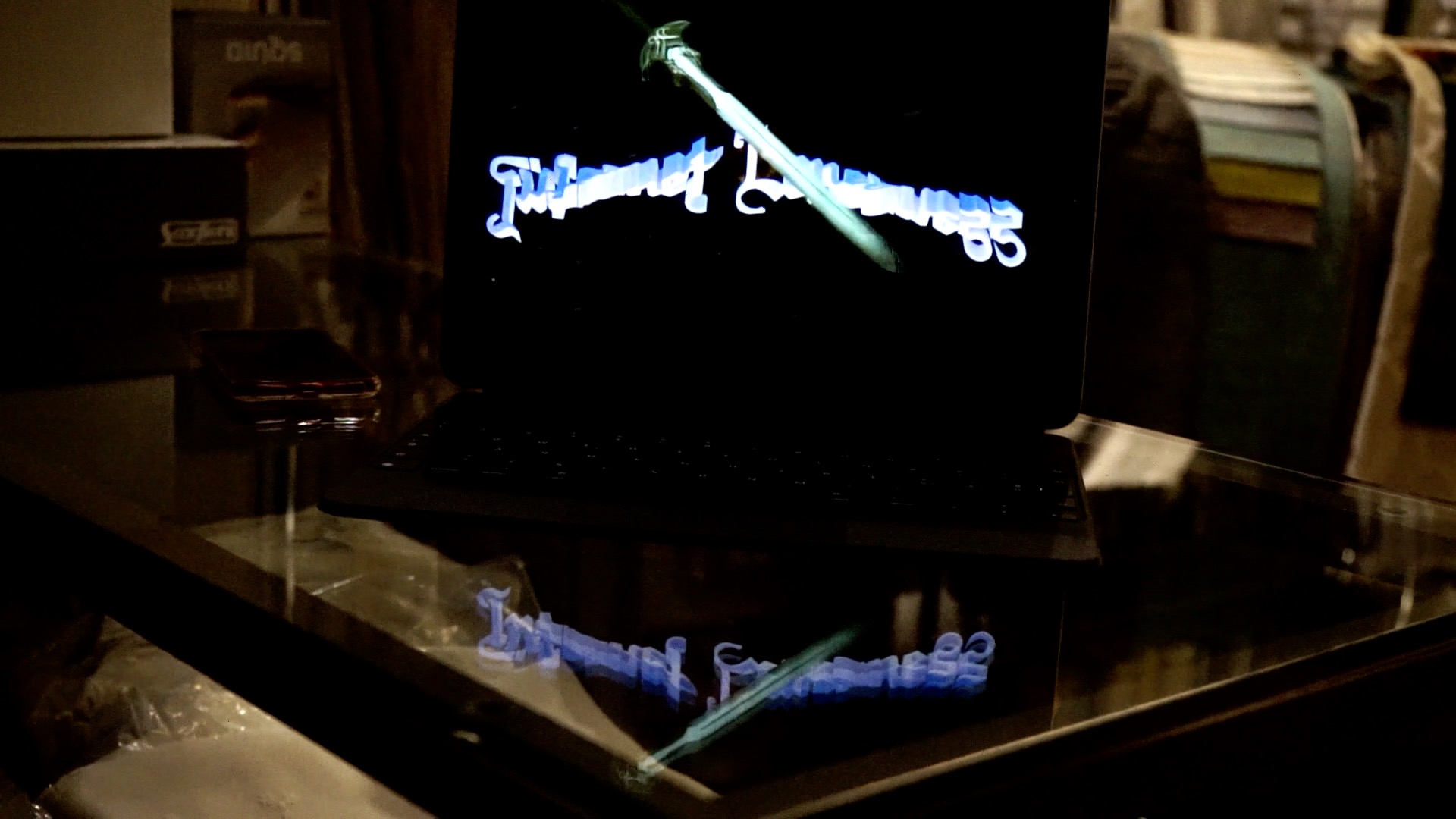 Some elements emerge from the internet and disappear once they reach reality, but they are inextricably connected and linked to the impact generated by the online experience and its language. The first ROSES episode, Internet Abduction of La Faune, A Story Of Arizona Tea And Self Care Habitats represents a virtual place, an emotional place that, like a sanctuary, hosts a contemporary ritual full of symbolic elements where even the brand “Arizona Tea” is evocative. It seems as if Cassiani wanted to show how the hyper-connection generated by the internet, like religion, erases global distances while accentuating local ones. The spiritual drift in the digital dimension suggests that users’ devotion centres on the digital dimension itself.

The actors who are isolated from each other seem to observe and involve us, but their gaze is actually focused on a laptop screen. In a moment we catch them red-handed, contemplating the object of worship, they notice us and turn around, looking disturbed, as if we had interrupted something. In Cassiani’s performance, as in traditional religion, we find fire, dance and water, all digital or digitised elements: the new symbolic grammar made up of Instagram filters, “worn” by some as clothes; GIF’s expressing moods and feelings; and Tik Tok choreographies that become iconic dances, movements representing the new global folklore. The sound mix defines the work’s mood. The tracks – dance and pop music hits – are evocative and the artist modulates them into solemn melodies or music for wild dances, like modern versions of the tarantella. 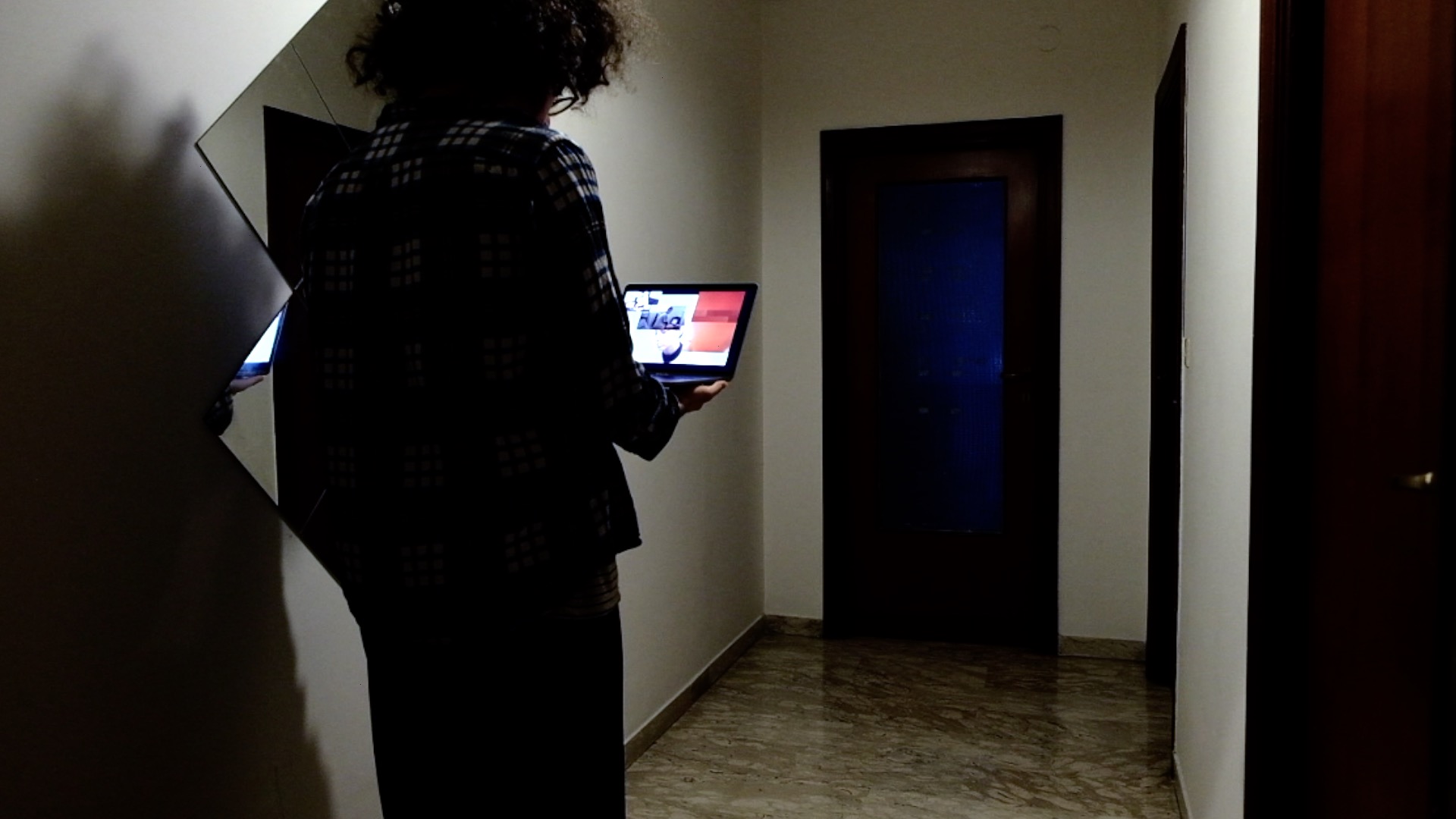 Despite the co-presence of users, the scent of loneliness and alienation is persistent, alternating with pseudo euphoria. This neo-expressionist contrast, however marked, is ephemeral. The artist is aware of the current discontinuity between media and users’ consciousness and tries to recover an iconography based on new media, including pop-ups and spam, in order to find a continuum of humanity within them. Ultimately, all digital elements have been consciously developed by users, even if today they are completely disconnected from each other. The web symbols known to digital natives are such strong visual images that they can unite people regardless of their origin, age, gender or cultural background, which is why they are used and studied despite the controversy they evoke. Common feelings towards the network are often “moralising”. Not everyone understands its oppositional cultural or spiritual power, but for the artist the value of sharing is primary, revealing a new poetics which consists of new language and content.