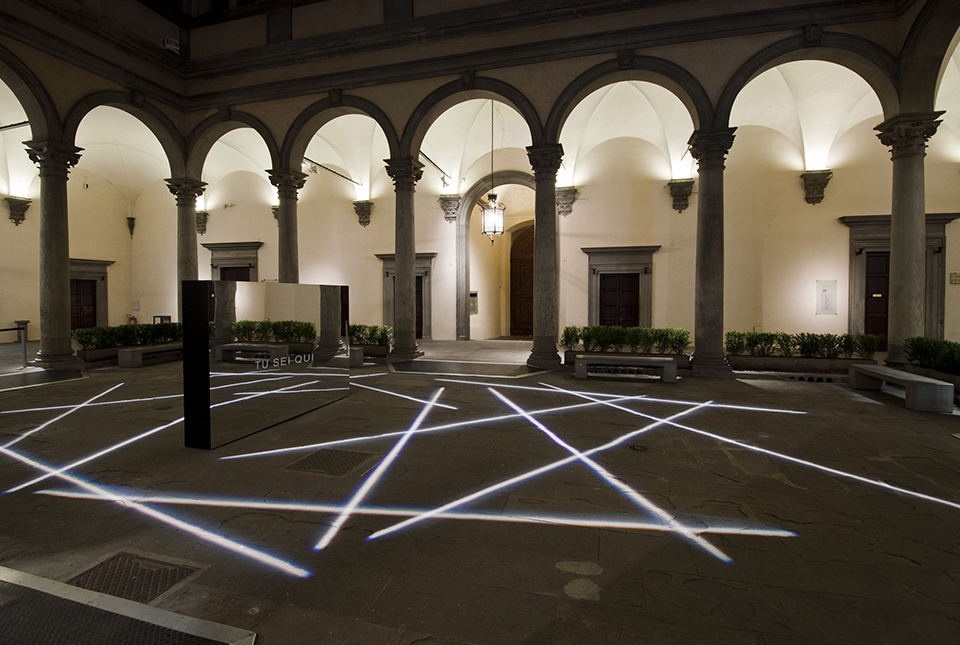 On the artistic runway, professional and personal partners, Bianco-Valente – Giovanna Bianco (b. 1962, Latronico) and Pino Valente (b. 1967, Naples) – represent a brilliant example of an artistic duo that has found a way over time to melt together and conceive works whose preamble finds the core of a poetic sentiment through their interaction, their joy, their bond, the way their stories are interwoven and contextual linguistic parables. This sentiment leads back to social and human issues. 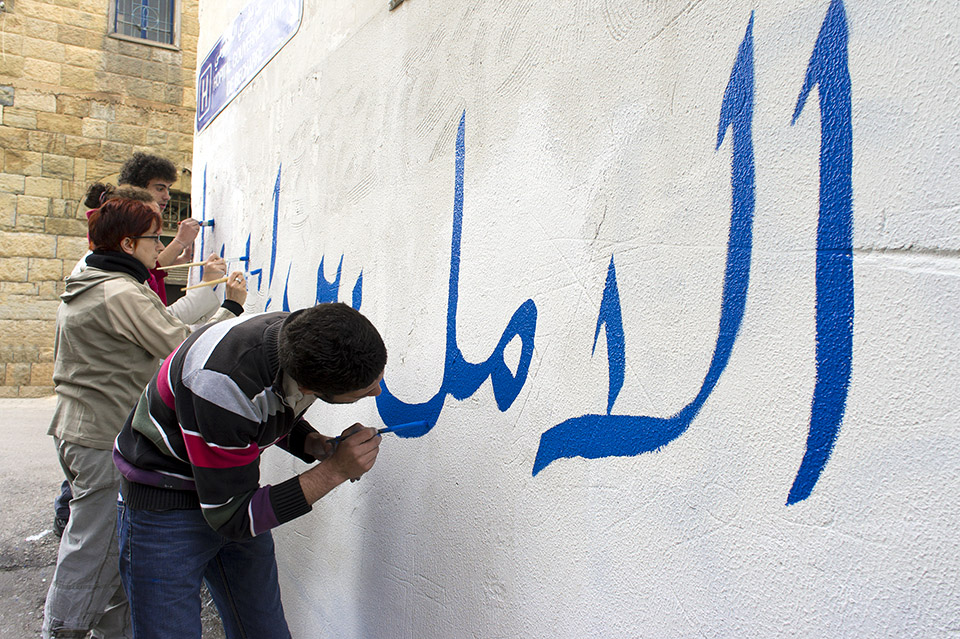 Experimental, multi-disciplinary and multi-linguistic, its work feeds upon forms and figures taken, with refinement, from the world of literature (how could we not be reminded of that Il Mare non bagnia Napoli / The sea which doesn’t bathe Naples, installed on the roof of the MADRE Museum last May?), of associations with the patterns of experimental music (the partnership with the late Andrea Gabriele is unforgettable) with the fertile territories of Electronica, geography and astrology. 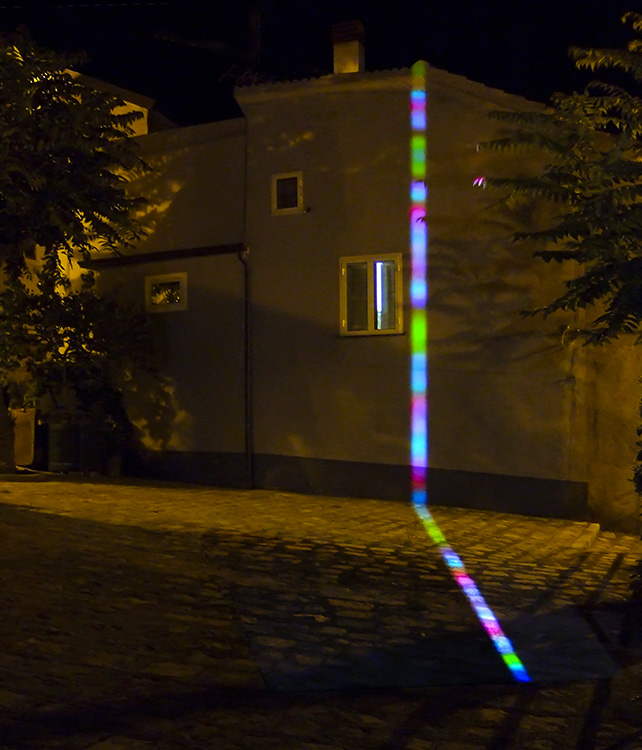 After having experienced the video environment in all of its expressions, after having formulated counter-spaces used for involving spectators and catapulting them into a magical atmosphere (the 2008 visibile invisibile is a clear example if its inclination), after having created powerful relational projects since the second half of the 1990s – and Cosa manca (2014) is truly disarming – and after having understood – with Dufrenne – that a work of art can also be understood through an act of perception which neglects its aesthetic aspects, Bianco-Valente has activated an itinerary of intrinsically educational rhizomatic prints that aim towards the honing of perception, an expansion of the common experience, an enrichment (and in-depth analysis) of knowledge. The point has been reached in which the plunge was taken towards the dream and the territory is being transformed with a creative spirit during the summer at Latronico with the Vincenzo De Luca Association through extra-scholastic activities which include taking care of areas and looking with hope towards a better world. 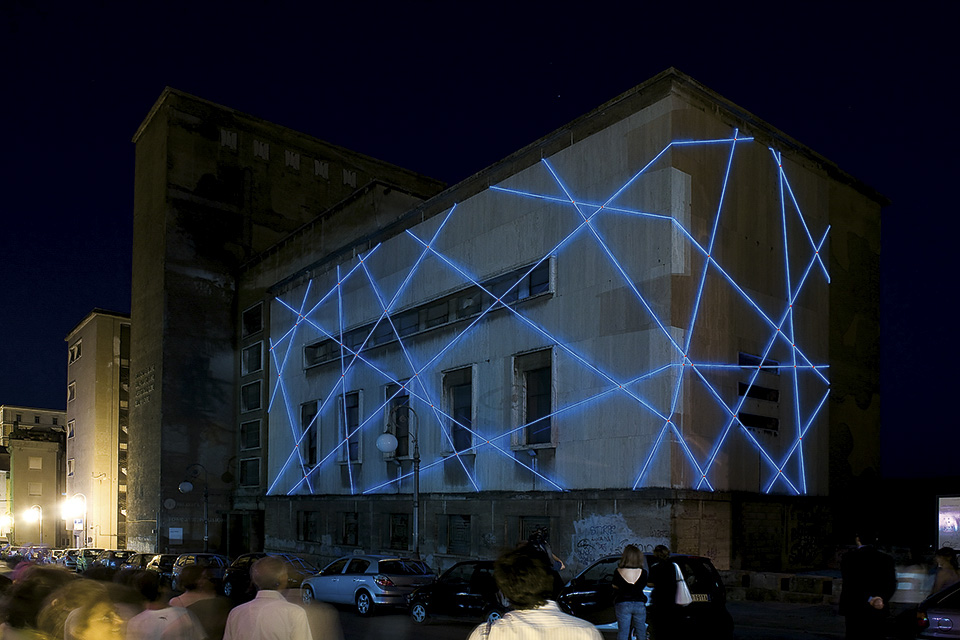