Over recent months, the relational practice pursued by the duo Bianco-Valente is being channeled through the light of electroluminescent network cables covering the facade of Gio Ponti’s elegant building, designed for the Italian Cultural Institute of Stockholm. For years, the aim of the duo’s relational practice has been to relate with different people and cultures – their energy conducted through empathy, but also knowledge. Relational had previously seen this energy travelling across the inner courtyard walls of the Museo Madre of Naples and the library of Potenza. 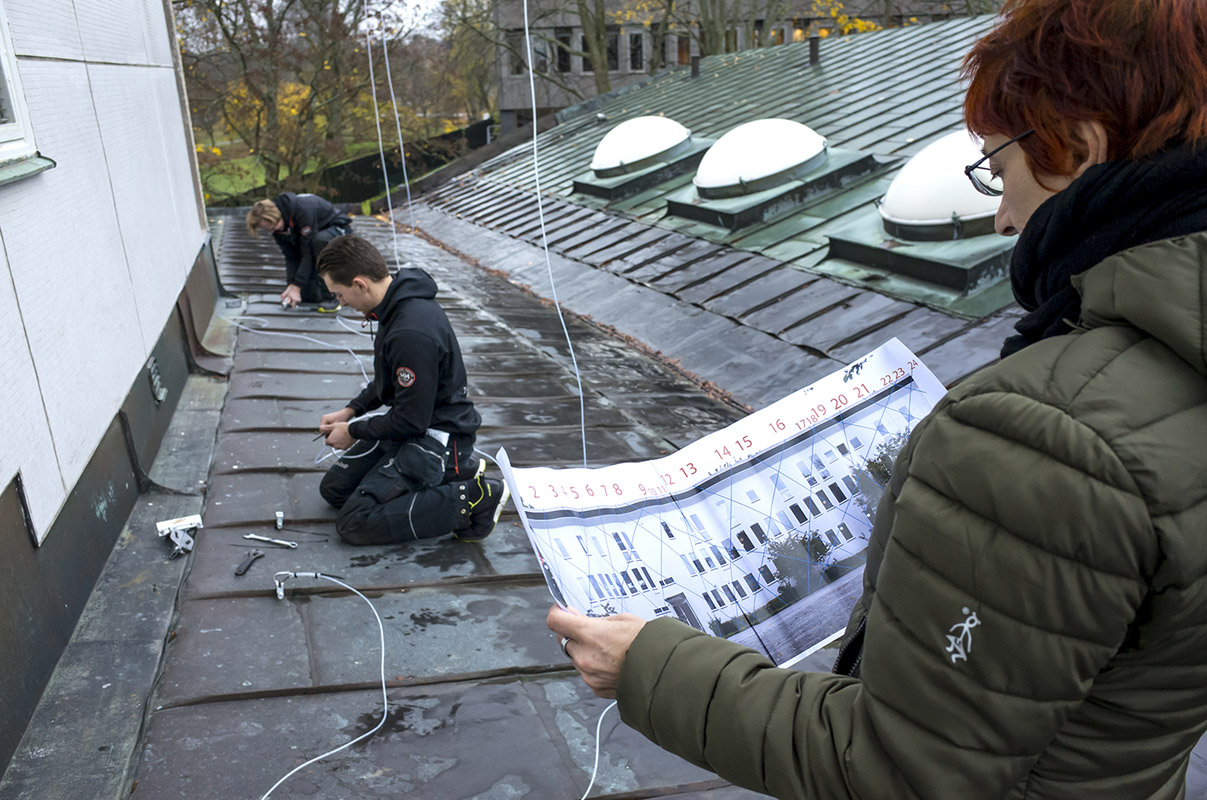 This energy is now in conversation with the elegant surfaces of the facade designed by Gio Ponti, a visionary architect and designer who is also the founder of the magazine “Domus” and promoter of the Italian style characterising this building. This is the first building Ponti created abroad in collaboration with Ture Wennerholm and Pier Luigi Nervi, who designed the auditorium.

The two multi-faceted artists, naturally drawn towards a transversal vision, enter in conversation with this building, intended to host and promote culture and exchange, without ever losing sight of its origins. 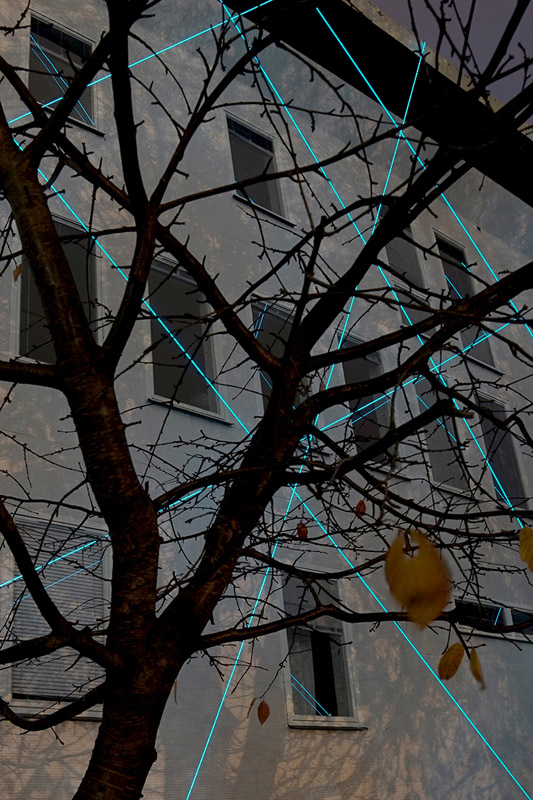 “Italy only has its own civilisation to save its civilisation”. This sentence had appeared a decade earlier, in 1943, on the cover of “Stile”, which was the magazine Ponti edited during the War, after “Domus”. About ten years later, when the Ponti building in Stockholm was in the process of being designed, the War was over and Italy in full recovery. Ponti never distanced himself from the idea of representing an Italian style, mirrored in the simplicity and elegance of the building. The work by Bianco-Valente is a monument to “Italianness”: the country’s ability to relate to others and its humanity. This is especially evident in Naples, the city of origin for both artists, where these qualities are found in the city’s DNA and which run from here through the luminous and living energy covering the building. 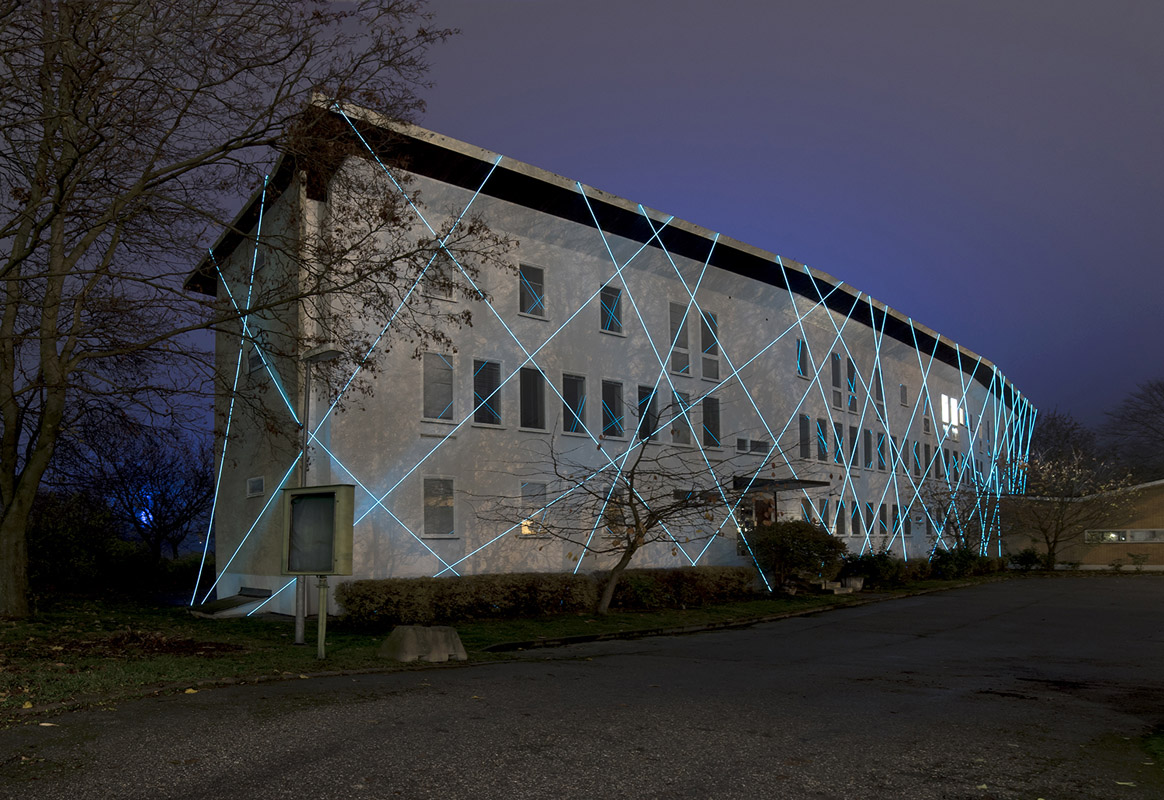 Bianco-Valente (Giovanna Bianco and Pino Valente) began their collaboration in Naples in 1994, exploring the duality of body and mind from a scientific and philosophical perspective. These studies were followed by a development in their artistic project, aimed at making the interpersonal connections visible. After a series of monumental installations on the facades of historical buildings, Bianco-Valente created several environmental works centred on the relationship between people, events and locations. From their early beginnings, the duo has taken part in various personal and collective exhibitions in Italy and abroad while also executing installations for important institutions, museums and public spaces such as the MAXXI Museum (Rome), MACBA (Barcellona), Museo Madre (Naples), 798 Art Zone (Beijing), Strozzi Palace (Florence), The Kitchen-ISP 2014 Whitney Museum (New York), the Triennale of Milan, Urban Planning Exhibition Center (Shanghai), Pecci Museum (Prato), Reina Sofia Museum (Madrid), Exhibition Palace (Rome), Kunsthaus (Hamburg), Museo Riso (Palermo) and NCCA – National Centre for Contemporary Arts (Moscow).