When we think of time as a unit of measurement that determines our lives it gives us the illusion of being able to control it. This is the framework we give to our existence and within which we operate, representing not only a control tool but also, undoubtedly, a source of great comfort. Nevertheless, according to modern physics, the measurement of time is relative because it is connected to systems of reference, each with its own measurement of time. Thus, what does our time consist of? How do we measure it? 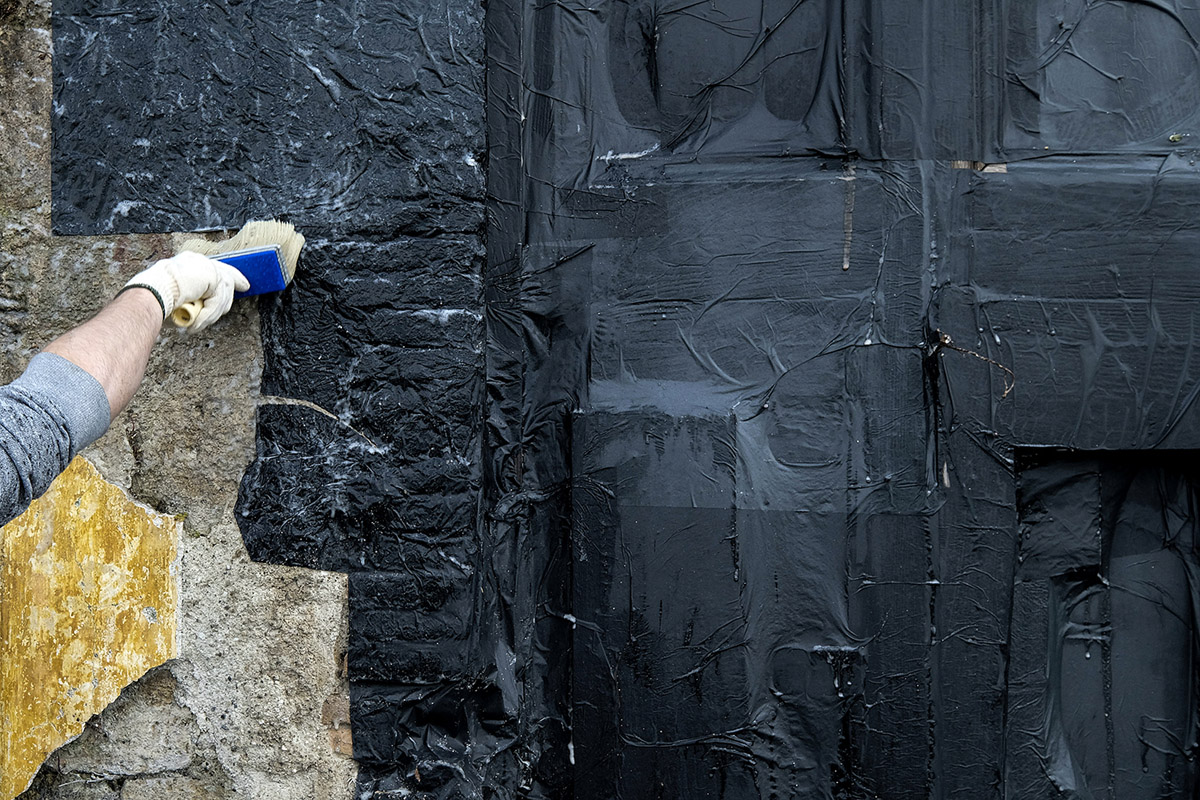 When it comes to time, man has his own system of reference – time marked by history and memory, fundamental elements of a personal and collective identity. Even if history is part of memory and memory is an object of history, these two elements do not always coincide because the human mind is selective and egocentric. We decide, in fact, to retain some memories rather than others, favouring the ones which relate to direct personal experience. As a result, periods of social history that are apparently distant from our lives fall into oblivion; the images of relatively distant ages and the form of that time appear to vanish under everyone’s eyes, which is what happens with many monuments and large abandoned buildings. 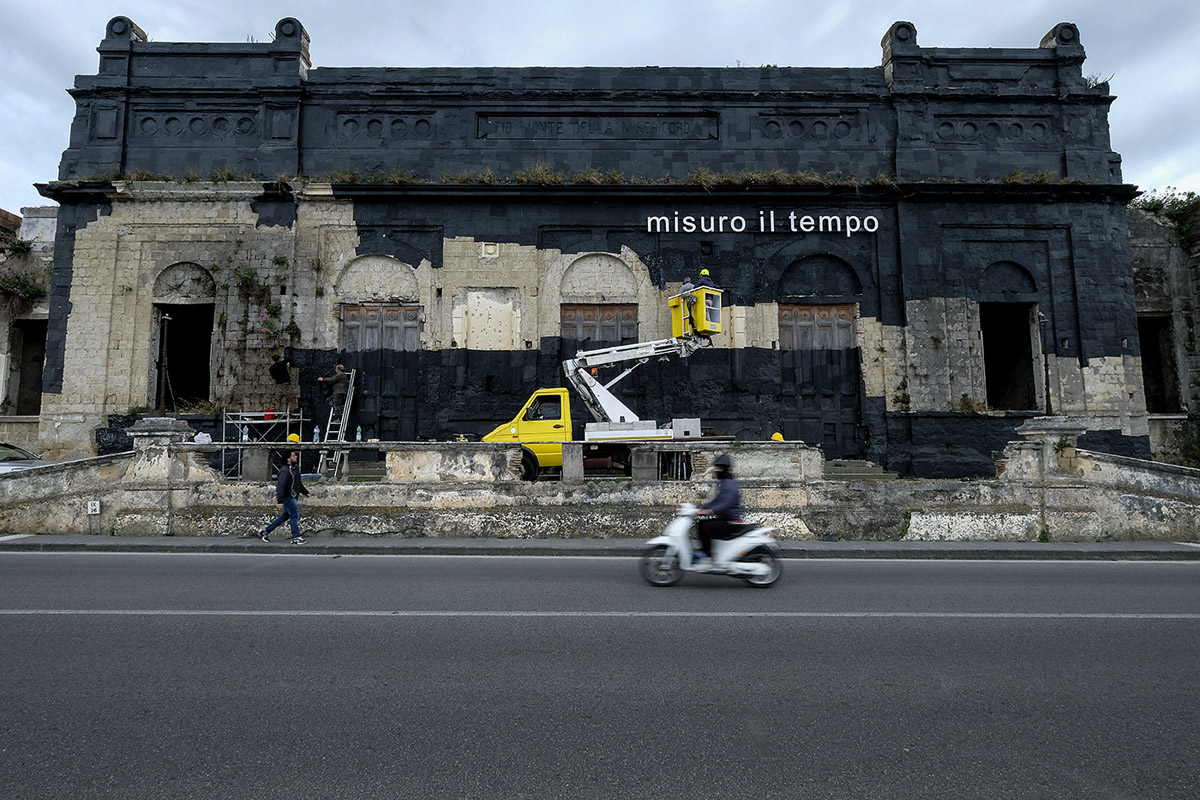 The Casamicciola complex of hot springs in Ischia, which belongs to Pio Monte di Misericordia in Naples, is a clear example of this. Established in 1610, the complex, for many centuries, offered the benefits of these thermal waters to cure people with limited means. The structure, rebuilt after the 1883 earthquake, was active until the late 1970s but then sank into oblivion until the recent artistic involvement of the Neapolitan duo Bianco-Valente, who requalified the site with strength and determination. The event, curated by Maria Savarese, is promoted and financed by Pio Monte della Misericordia in Naples, with the Moral Support of the Casamicciola Town Hall and Fondazione Donnaregina for contemporary arts, launching the restructuring of this important building with a project by architect Massimo Pica Ciamarra. 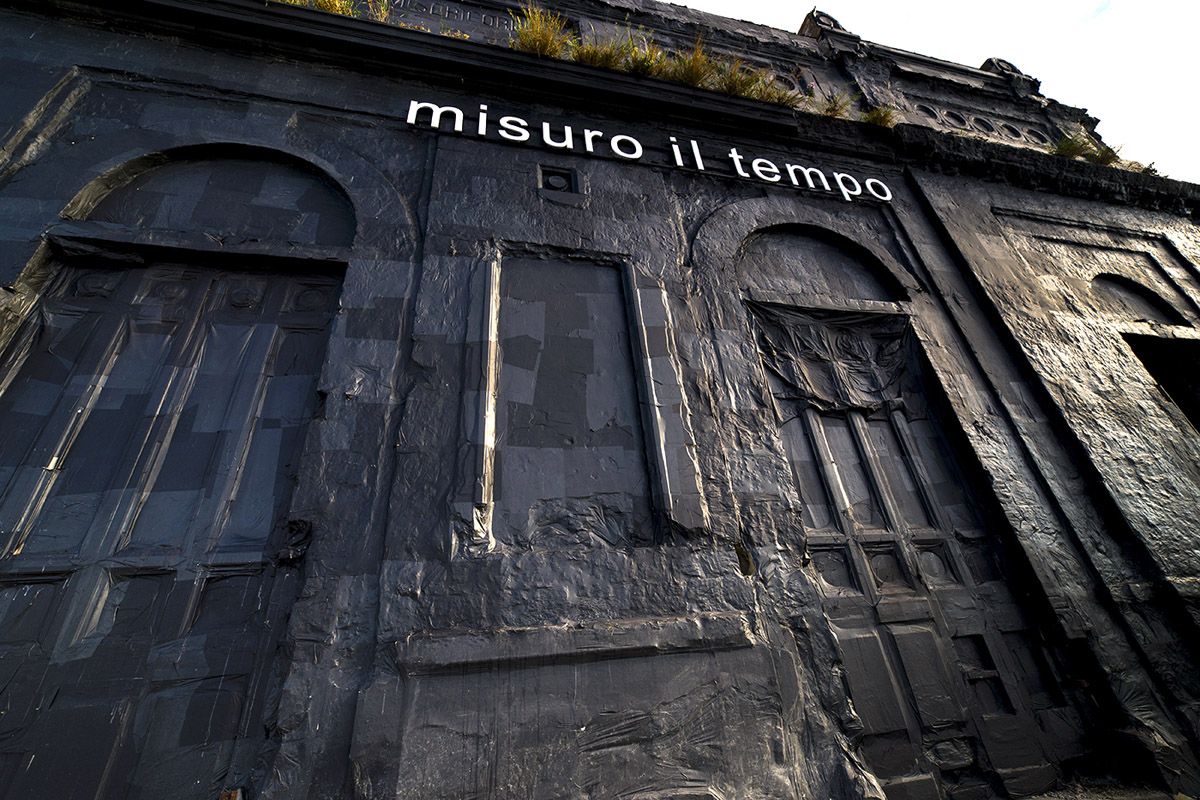 As part of this large project aiming to recover and enhance the old building, the installation entitled Measuring Time reconnects the threads of a recent past with the island’s collective memory. The imposing architecture, looking over the port of Casamicciola, which has become invisible to the community, regains its importance, taking on a new facade which does not hide the passing of time but highlights it, revealing itself to a society that had ignored it for far too long. Hundreds of sheets made of black tissue paper cover the front of the ancient hot springs, giving the building a new potent exterior, which appears to extend out into the landscape and is distinctly recognisable from the sea. A few letters appear at the top of the building, a short sentence, “Misuro il tempo” (Measuring Time), which gives the work its title and is inspired by Saint Augustine’s Confessions, the philosopher’s reflections on how to define time. The artists refer to a time that is, in fact, “internal”, which Saint Augustine describes as “distensio animi” (a distention or extension of mind). This is a condition in which our memory manages to bring everything back to the present, a suspended time where past, present and future merge and where the measurement of time is memory.

The work, therefore, urges us to measure time through feelings, because the spirit does not measure things by their passing and does not offer rigid chronologies but considers the feelings generated by our experiences and which linger in our minds even when they have passed. The architecture of Pio Monte di Misericordia thus becomes an extension and materialisation of the spirit of the place, restoring the identity of the area and its residents. 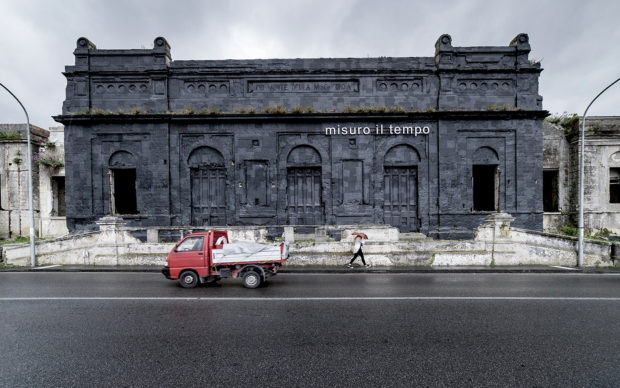 Bianco-Valente, therefore, consider the safeguarding memory – understood as a feeling of common belonging – as a disposition. This is not the first time that the duo manages, through their artistic practice, to illuminate forms and thoughts obscured by the passivity of our time, reestablishing mutual relations between places and people.

VIDEO POST >  A Visual Ode to a Hare in the Woods

VIDEO POST >  A Visual Ode to a Hare in the Woods