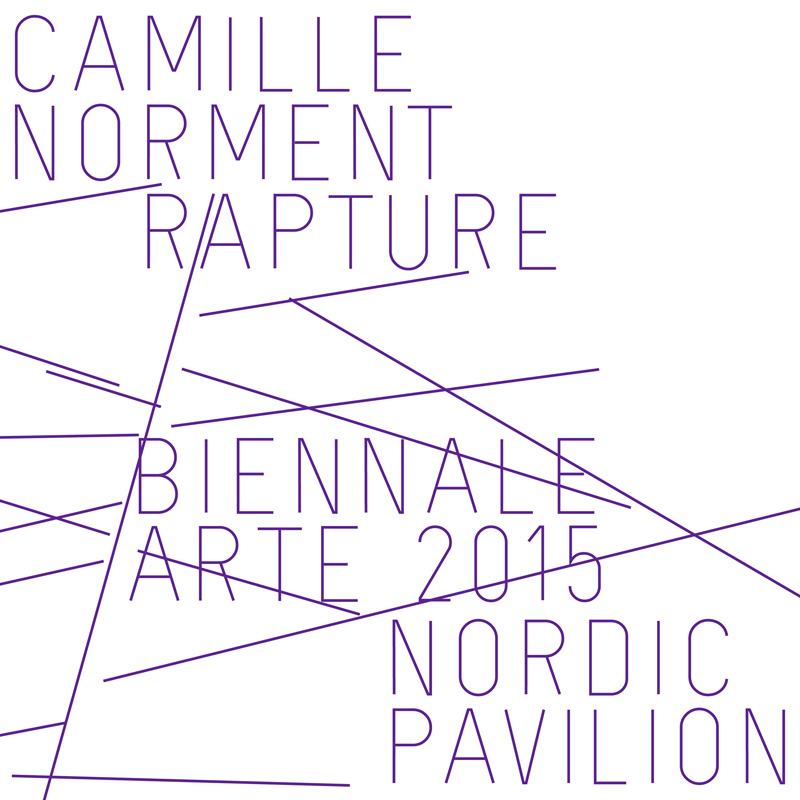 A lacerating power is released by sound, in the domain of the body’s thought, its reaction in the perception of sound under particular conditions and states of being. This is the impression left by Rapture, the environmental work by Camille Norment commissioned by the Office of Contemporary Art Norway – OCA – for the Nordic Pavilion of the 56th International Art Exposition, Venice Biennale. Norway is hosting a pavilion for the first time in the history of the Giardini.

The project focuses upon the development of a sensory course governed by the significant medium of sound. Norment uses the Glasharmonika (glass harmonica) as a soundtrack of the composition using a mid-18th century instrument attributed to Benjamin Franklin. In the past, it was believed to induce euphoric reactions, especially in women. The complexity and critical perspective angle of this project are revealed by its consideration of the fact that the freedom of an individual was subject to the control and imposition of sovereign power. The project itself focuses upon new forms of repression. 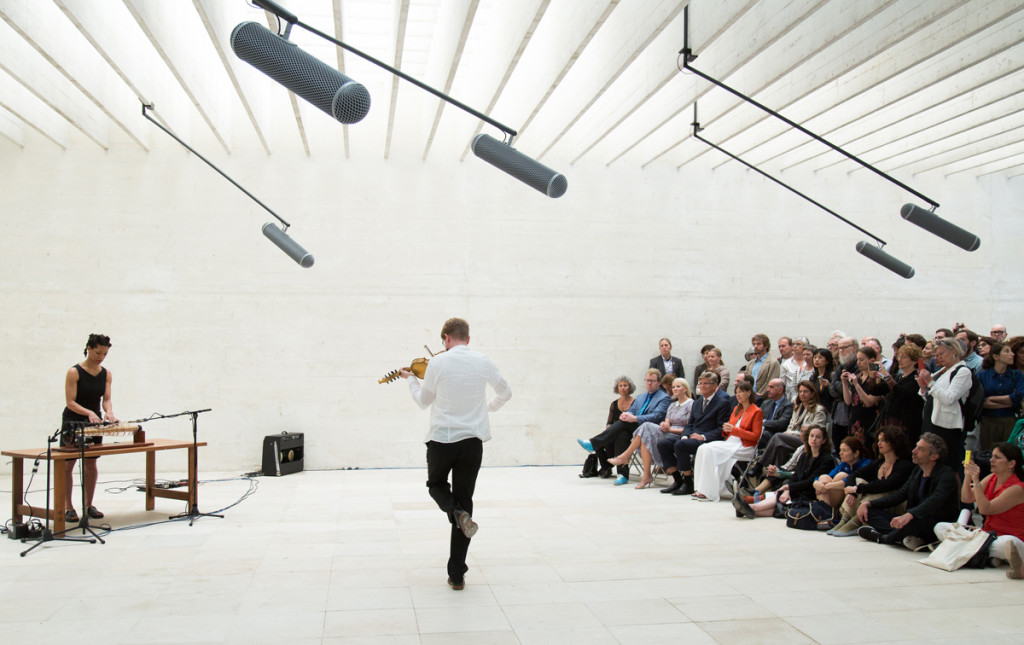 Rapture is an installation which expresses a diffused condition of sound on material and space is treated as a sensitive body. The American artist has lived in Oslo for several years. She tells us that windows and walls are the skin of a single body, the white space of the Pavilion. Camille Norment also explores the relationship between material and the sound radiating from it as well as the way it connects to the Pavilion’s dimension: white concrete walls and a broad glass surface lacerated and bowled over by the results of a dominating interaction. The exchange is physical yet poetic at the same time, involving two elements (physical and ethereal) in a mobile dance ending with a fracture. The sound emitted from the speakers has a dominant position to accentuate the relationship with the results obtained in that very place. Music and visual arts experience a shattering bond made up of tangible elements and multi-sensory levels guided by a socio-political intent. 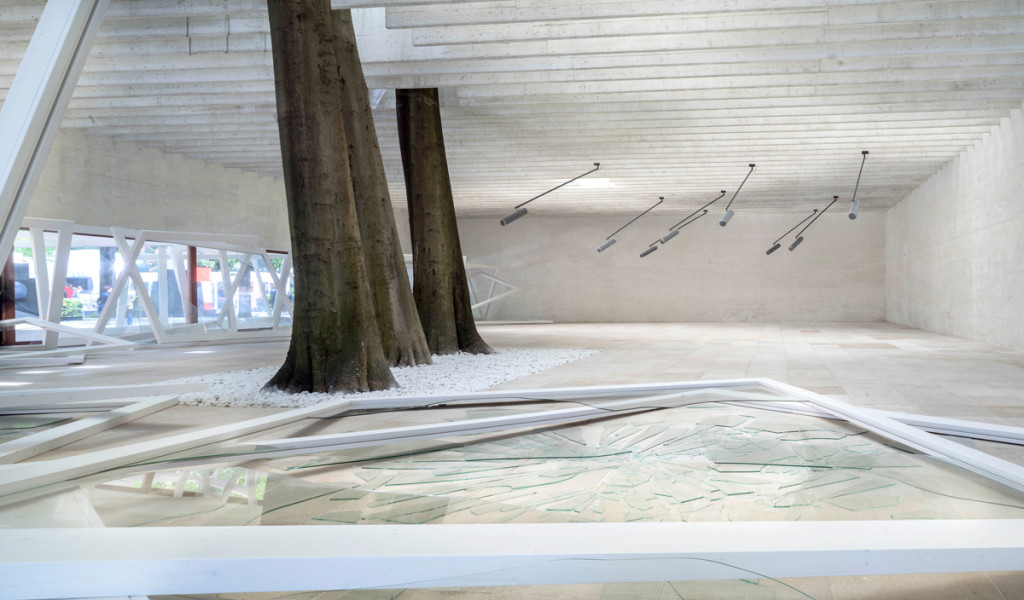 The musical composition is performed by a chorus of twelve female voices – in correspondence to the notes of the instrument and in harmony with the architecture as well as the audience at the Pavilion. It follows the sound’s various areas of diffusion. A synaesthetic dimension is active in the vision permeated by the light – another symbolic element of the Pavilion designed during the 1960s by Norwegian architect Sverre Fehn. The spatiality of the rooms makes it possible for the melodic quest to be an integral and central part of the project: it is the relationship that we experience with the space – among the trees – through which the work itself acquires a different shape and sensory dimension. This site-specific installation, similar to an osmotic phenomenon, shares a spontaneous exchange with the environment and becomes an invisible guest. There are visible results of an explosion, the reactions of the glass surfaces and the window fixtures that were stripped off by the power of the sound; the body – of both the place and the person – is swept away and shaken by a particular event, by its power and the freedom of perception.

Invisible barriers are torn down and from the very function of the windows (which allow light and air to filter), our vision of things passes through our perception. The loss of our rational selves leads us towards change or a rupture – much in the same way that a strong wind arrives and drags things away.