BUNCH OF KUNST IN QUARANTINE

by Valeria Coratella
in exhibitions, focus

The requirement to self-isolate and stay in quarantine has led to the closure of physical spaces but has not weakened the language of creativity. All over the world many initiatives have carved out their virtual spaces, among which we find Bunch of Kunst in Quarantine. Reflections on the Viral Vacuum presented on Instagram by curator Mara-Johanna Kölmel. 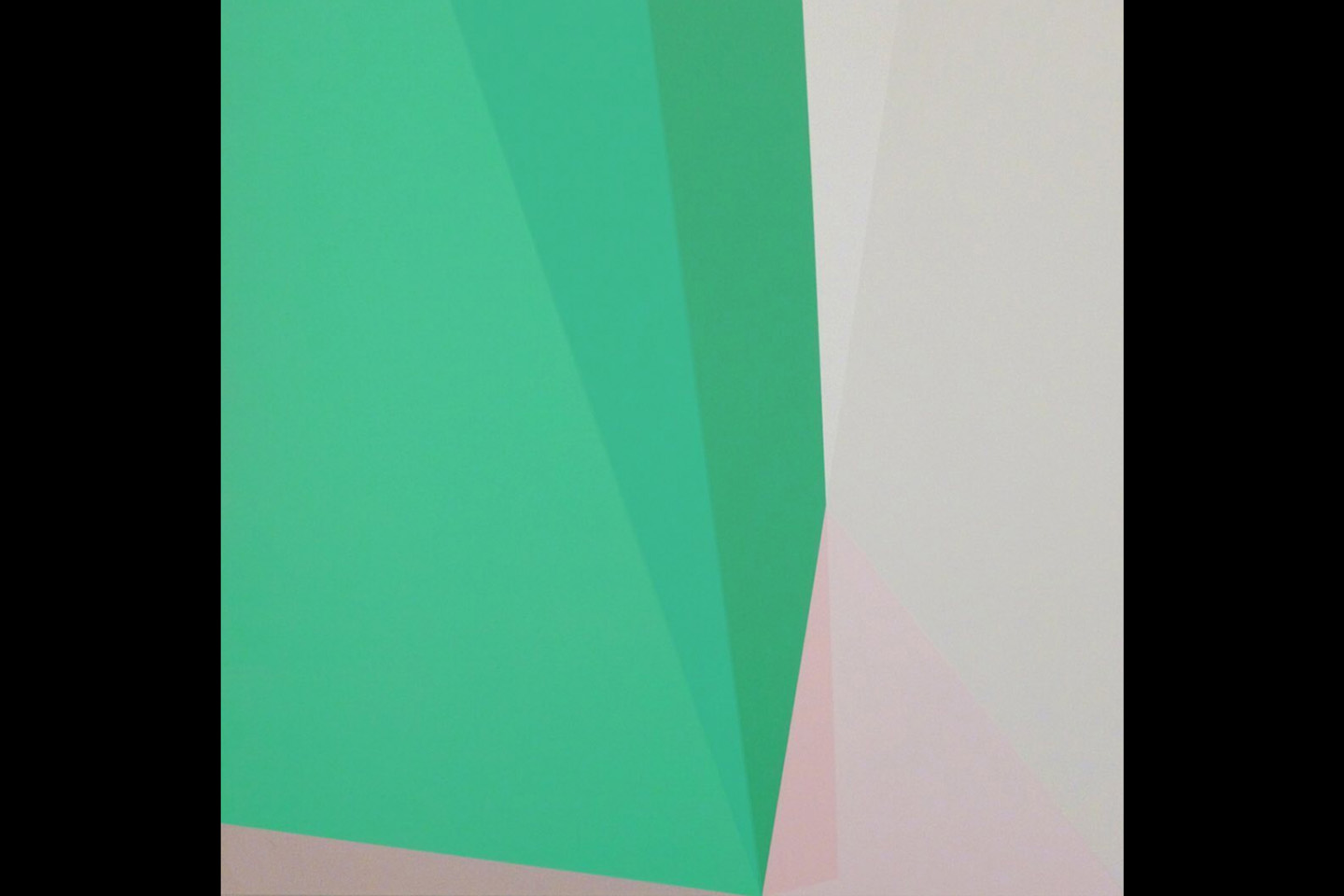 This exhibition examines the void and its visual intangibility, the transformation of time and its unknowns; the aim is to bring art closer to the public through the web, giving them the opportunity to visit an exhibition through the screen of a tablet, smartphone or laptop; obviously the video, among the works included, is best suited to this project because the device on which it is shown is still a display, unlike other works that need to be seen in real life. 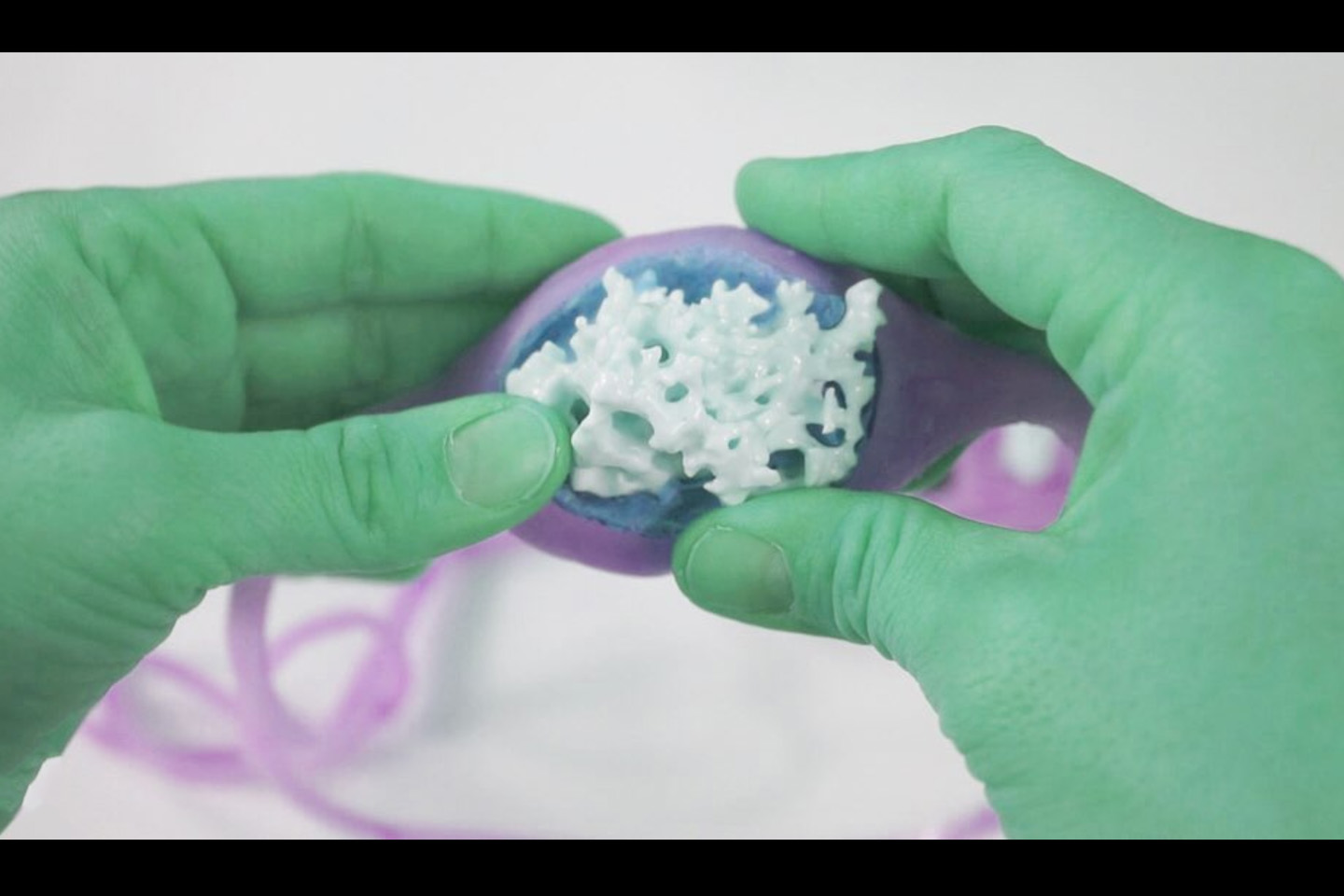 The exhibition develops with daily Instagram posts which gradually reveal the works of seventy-two artists.If silence represents the starting point for the work of both Karheinz Bux and Sabine Funke, current events and news are the basis for Saleh Lo ‘s work focused on the death of George Floyd.

The importance of the social in contemporary relationships has led Marie-Eve Levasseur to develop a Cronenberg style silicone prototype to be grafted directly between body and smartphone that, by reproducing odours and hormonal particles, compensates for the need for human contact. An experience similar to the first olfactory cinemas where scents were emanated from the Smell-O-Vision system according to the scene, transporting the audience into a virtual reality through real sensations. 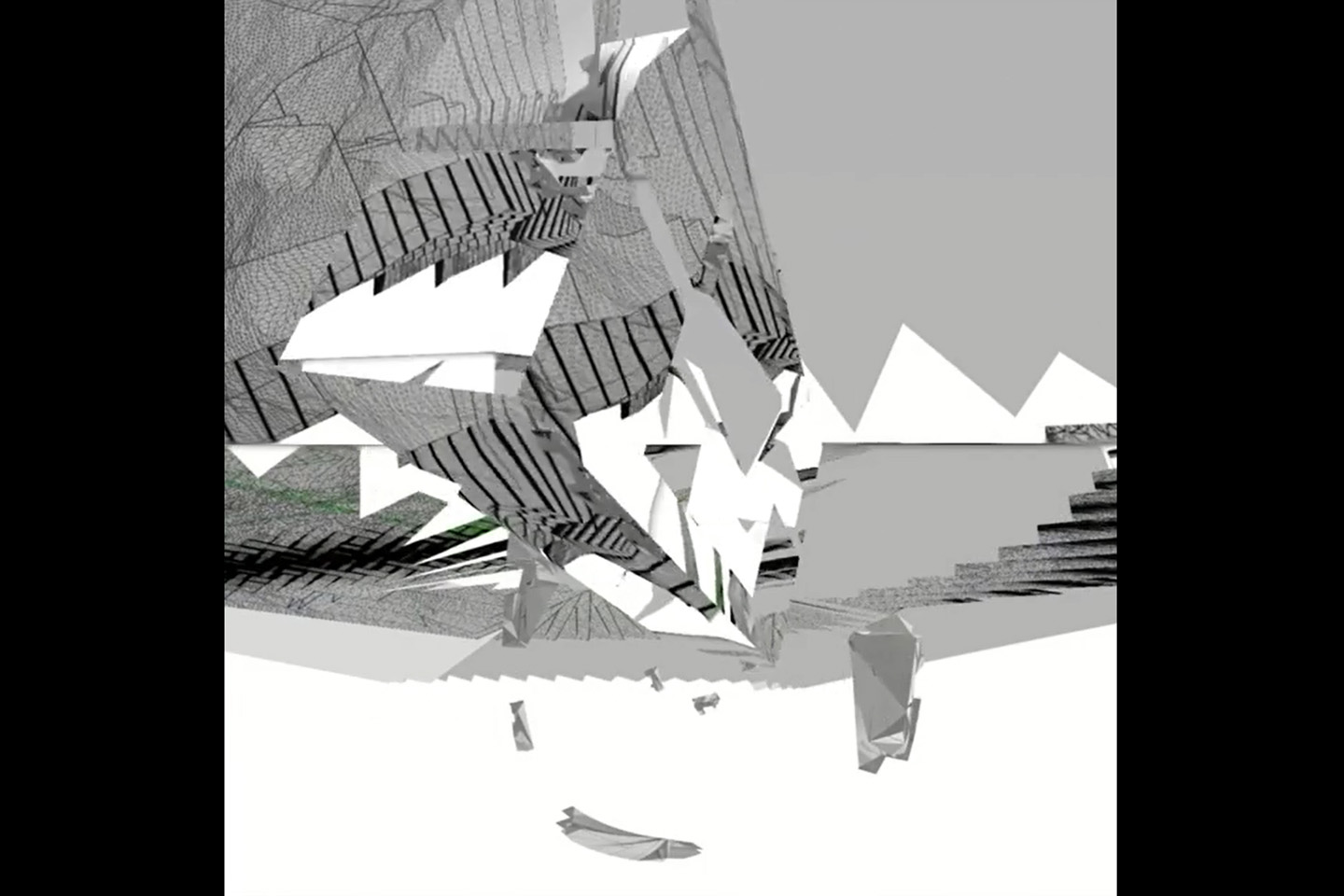 The void created by the quarantine produces in Chiara Passa‘s work a suspended time, an agravitational space, a parallel universe consisting of shadow projections leading to a new system of spatial coordinates as in Escher’s work; it would appear to be an inverted dimension but what we see in reality is in itself an inversion of what is impressed on the retina. Among other things, the image impressed is two-dimensional while what we observe is three-dimensional, so the work opens onto a possible perspective. 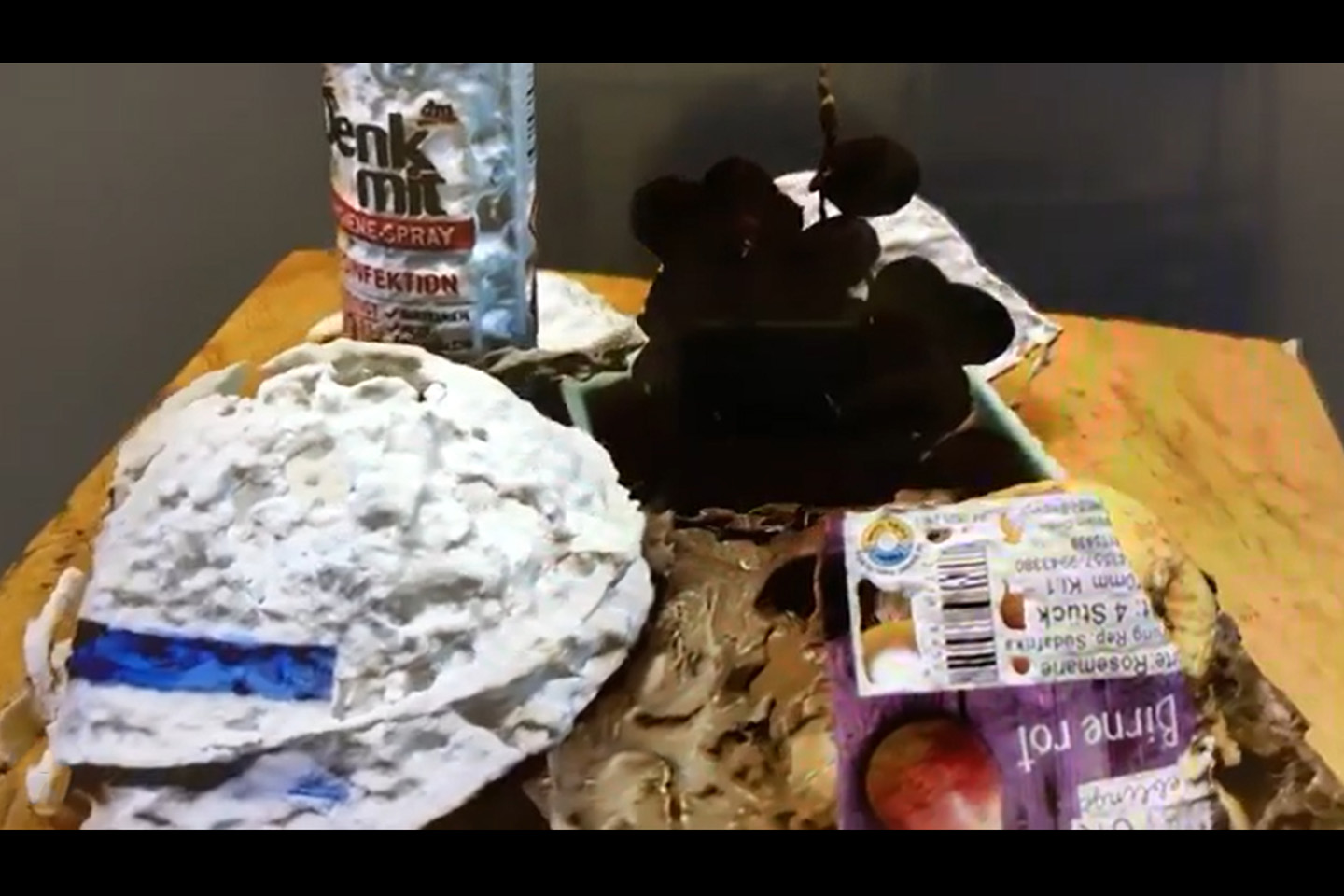 The duo Fabian Hesse & Mitra Wakil, through a “still life” video, transposes a reality linked to the transience of things leading to the dematerialisation of all organic and inorganic matter forms; objects mixed in their everyday life, a table that gathers food and disinfectants; the sanitising spray, rotting fruit in polystyrene, FFP2 masks, all in the form of digital life absorbed by a metaphysical afterlife. 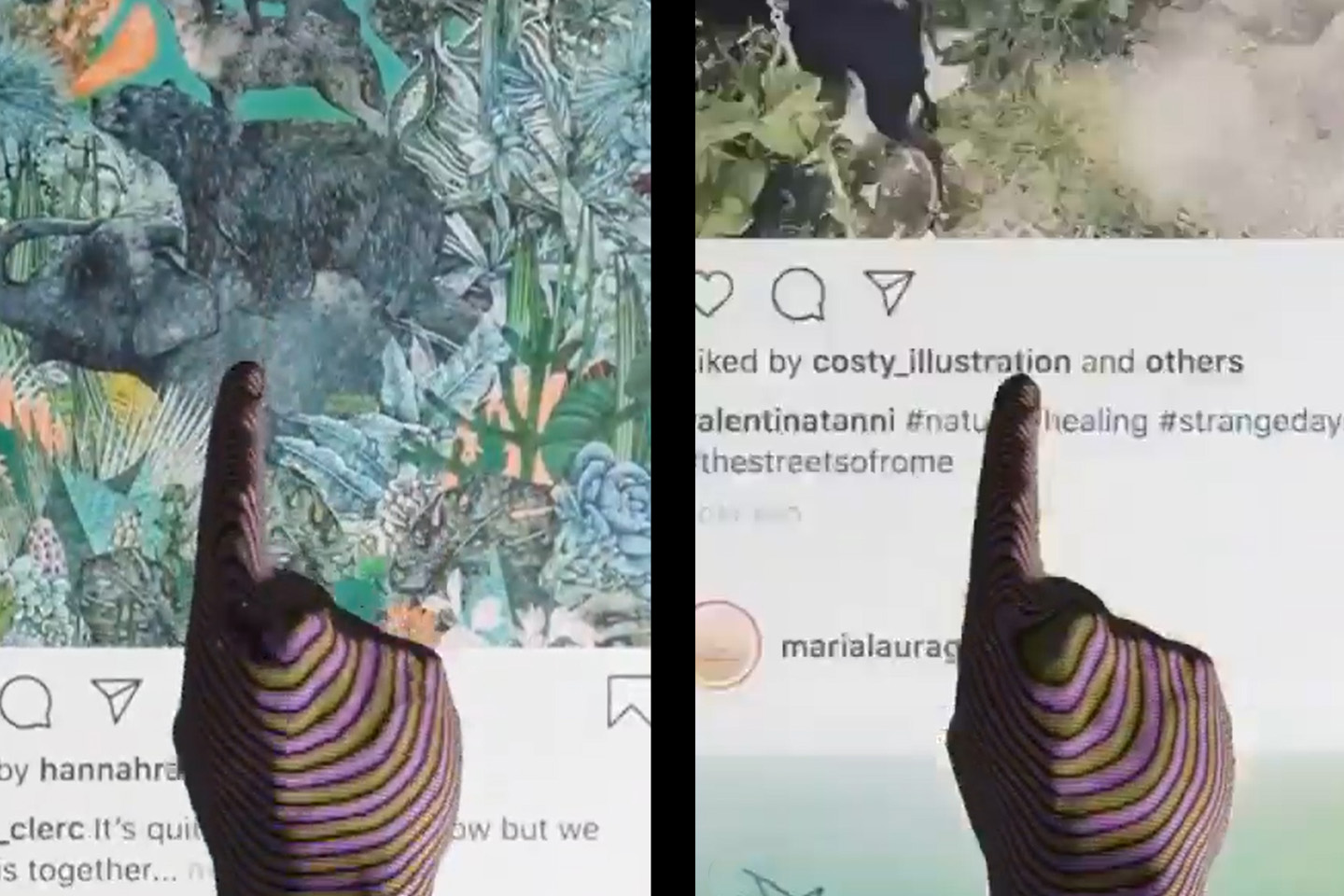 IOCOSE moves towards a more ephemeral existence; we read the news without analysing it and we misrepresent a lot of information that, as in the wireless phone, is distorted by the speed and superficiality of transmission. The artistic collective creates a 3D hand model with which it plays to make web browsing less “tiring”; a moiré effect interferes as does the whistling in the background, thus bringing out the frivolous component present in the work. 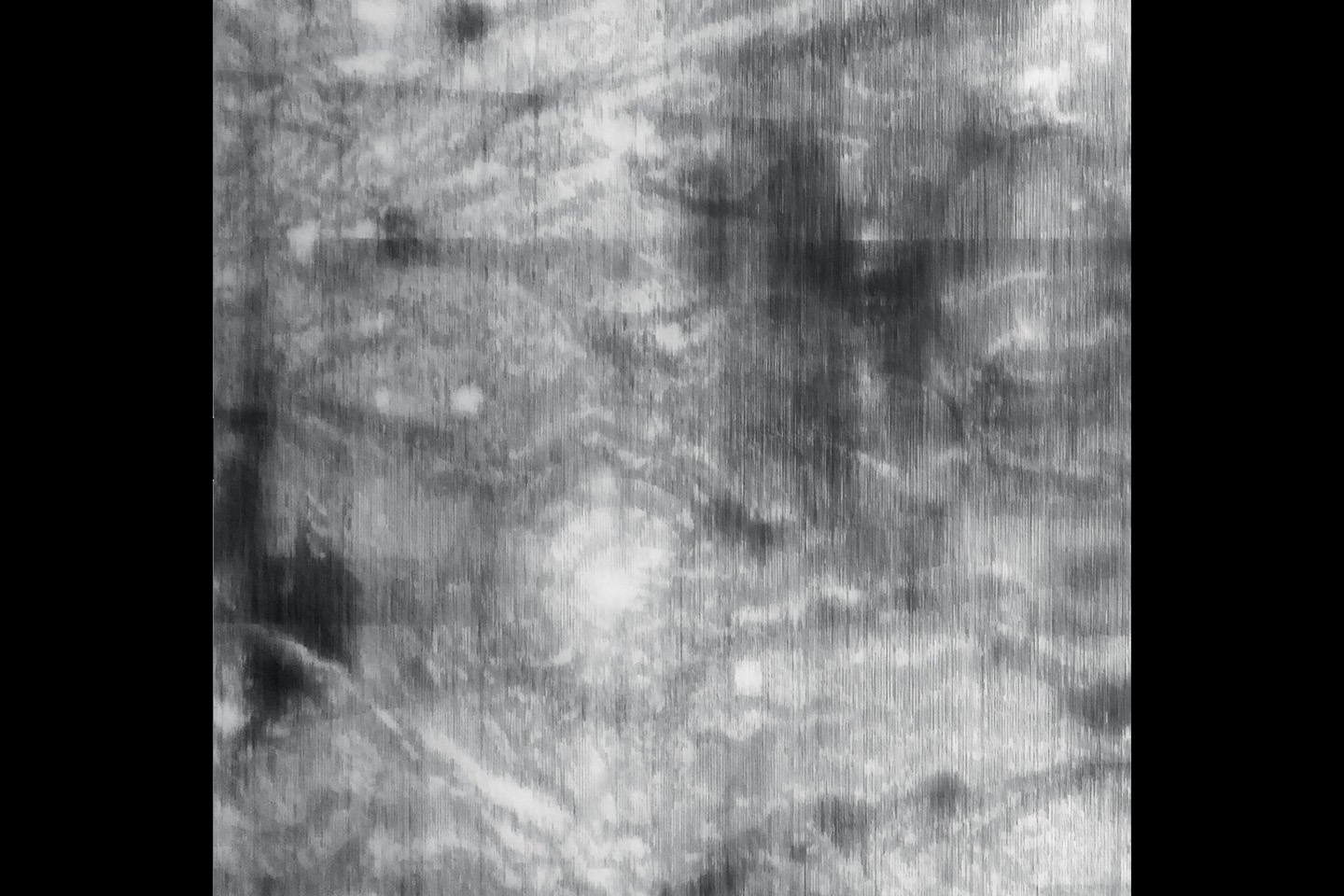 The exhibition deserves particular recognition for its willingness to go beyond limits, for its topicality, its phantasmagoria and its ability to adapt to various sharing systems such as Facebook or the more recent TikTok where realities shown – even though random and fictitious – move towards a new way of enjoying art. The choice of using a popular social media tool like Instagram thus becomes, in a special and intrinsic way, a new cultural habitat.

BUNCH OF KUNST IN QUARANTINE. REFLECTIONS ON THE VIRAL VACUUM

We Humans in Lockdown. Digital Portraits of Italians in Quarantine