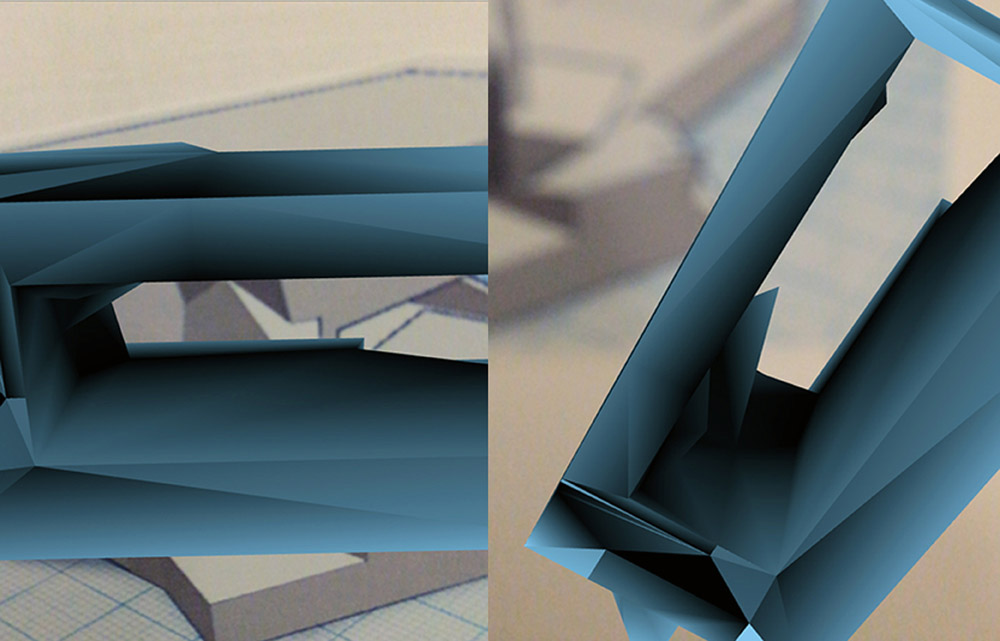 Furtherfield Gallery presents Dimensioning Live Architecture, a solo show by Chiara Passa featuring the most recent artworks in her Live Architecture series.The digital dimension is analysed from an architectural perspective, using a combination of augmented reality and virtual reality technologies which interact with physical space, starting from the murals which cover the walls of the gallery and which open out into the digital field.

From here further spaces are reached, “super places” generated by and in our system of perceptions, stimulated and augmented by digital technologies and the latest platforms, such as Google Cardboard viewers. 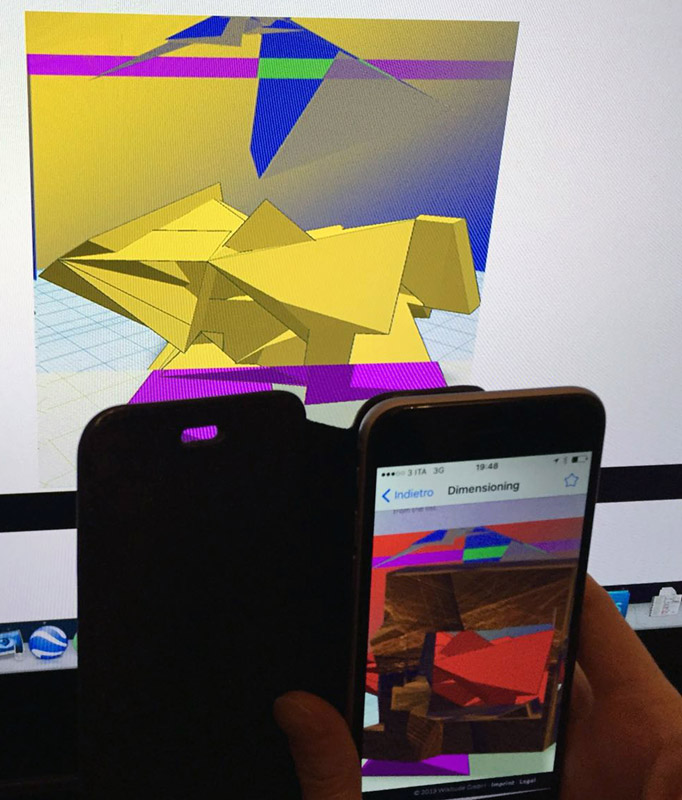 Visitors stand in the middle of the “window-camera” view of the software, which has also been used to build the animations on display. They use augmented reality to “travel through” the walls, into the diagrams. Worlds open the doors to other worlds and synthetic shapes become design, structure, architecture and reality.”

Between analogue and virtual, Chiara Passa’s work is a journey inside digital architecture which opens up the world that exists and lives within the film of interface and that hints at infinite expansion, architectural combinations and recombinations, just as the animation created for Arshake were to invite us to come in and explore the space inside the banner. 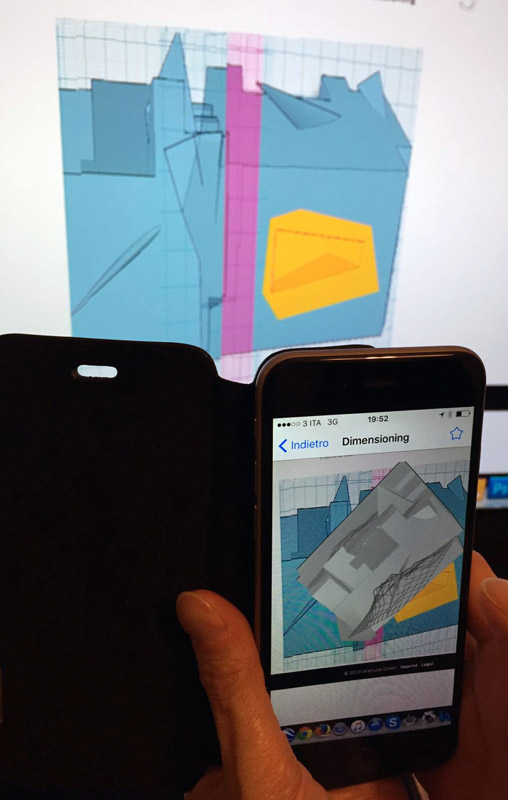 Chiara Passa, media artist (Rome 1973). Graduated at Fine Arts Academy of Rome; master in new audio-visual mediums at the Faculty of Modern Literature. Her artwork combines many media and platforms analysing changes in ‘liquid space’ through a variety of techniques, technologies and devices – often constructed using augmented reality and the virtual reality technologies. She works with animation and interactive video-installation; digital art in public space as site-specific artwork and video-mapping; video- sculptures and objects; art-applications and widgets for mobile platforms.Dimensioning Live Architecture,

She explores the potentials offered by the intrinsic languages of these emerging platforms to experimenting in a rigorous and personal way with the full expressive range and “unknown creative possibilities that the new media are continuously offering to me”. She received the E-Content Award (2012). Her work is regularly exhibited internationally in galleries and at festivals, conferences and institutions including ISEA, Vortex Dome (USA), Media Art Histories Conference (DE), Electrofringe (AU), FILE | Electronic Language International Festival(BR), CCCB – Centro de Cultura Contemporània de Barcelona (ES).

Furtherfield is a leading organisation for art, technology and social change. Furtherfield Gallery and Commons spaces in the middle of London’s Finsbury Park explore complex themes relating to digital culture, inspiring diverse people to get involved with arts and technology on their own terms. Debate is facilitated amongst an active international community of  artists  and  thinkers via online platforms, combined with accessible art shows and labs to enable co-creation and widen participation. Furtherfield is a not-for profit, artist led organisation, an Arts Council England National Portfolio organisation, supported by Haringey Council.

Magdalo Mussio. In Search of the Forgotten Word