Magdalo Mussio. In Search of the Forgotten Word 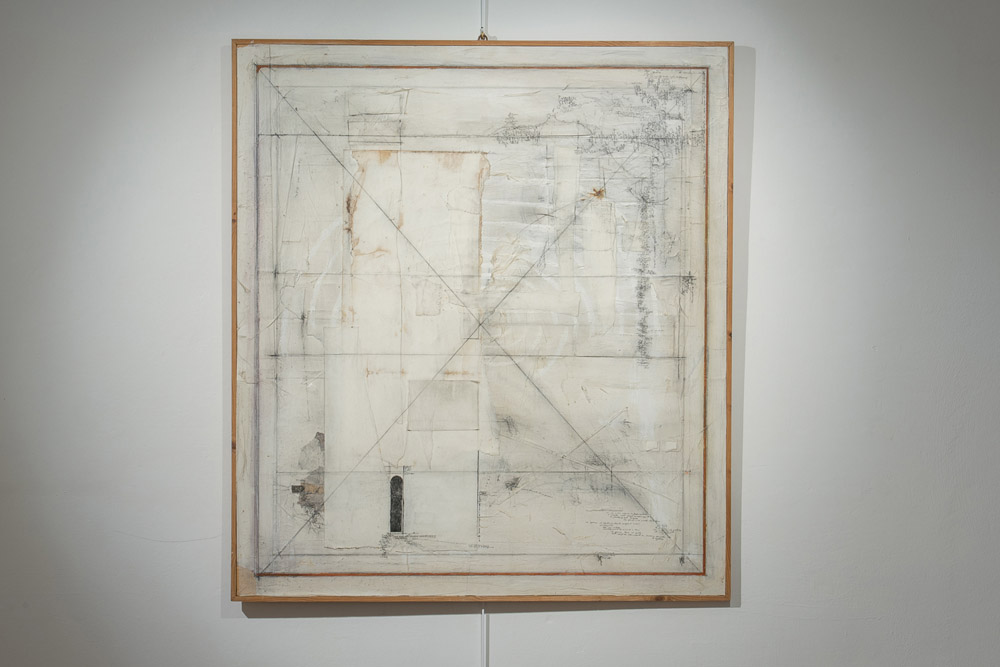 In every phase of Magdalo Mussio’s oeuvre, the relationship between manual work and intellectual work, between practical vision and theoretical attention, becomes confused on the surface of an emotional narrative, in the groove of an infinite methodological and collaborative entertainment, on the searing heat of an aesthetic device that goes beyond the mere process of transforming things in order to outline a cosmographic heteropia and at the same time make available a visual legacy which contains and encompasses the presence of the past, the nostalgia of the present, the visionary sensibility of the future, the cold taste of pre-human time. As we examine the history of his work, we can immediately perceive a constant and unstoppable flow of urgings, of intersecting quests that waver between the archetypes of the collective imagination (between the originario and the originale) and the trans-semiotic needs of an artist whose omnivorous intellectual activity succeeded in constructing, over time, a unique expressive space, which absorbs within itself the re-writing of avant-garde stylistic devices, the bequests of the informal season, the parabola of the verbal and visual atmosphere (and the multi-code vision) of the 60s and 70s. 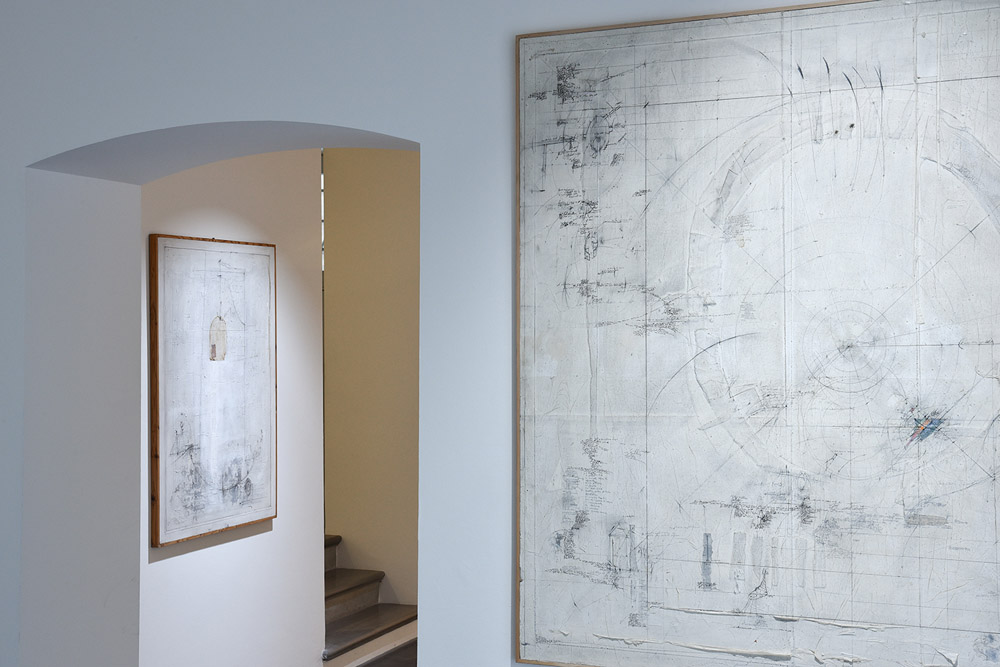 From publishing to creative graphics (who could forget the experimental models proposed in marcatrè, the magazine directed by Eugenio Battisti, or the extraordinary layouts of the La Nuova Foglio publishing house), from poetry to prose, painting to set design, theatre to video animation, sculpture to teaching, little by little culminating – between 1975 and 1995 – in his fortunate association with Alfio Vico and Lucy Passett of Galleria Il Falconiere (where some of the most interesting names in art find a home: Yarrott Benz, Giosetta Fioroni, Eliseo Mattiacci, Fabio Mauri, Suzanne Santoro, Mario Schifano and Nanda Vigo being obvious examples), Mussio’s interdisciplinary and sincerely undisciplined work is the embodiment of the need to reflect on the history of things, on the lightness and transparency of words, on the weave of storage, on the language of the forgotten memory, the misplaced number, the imagined word. 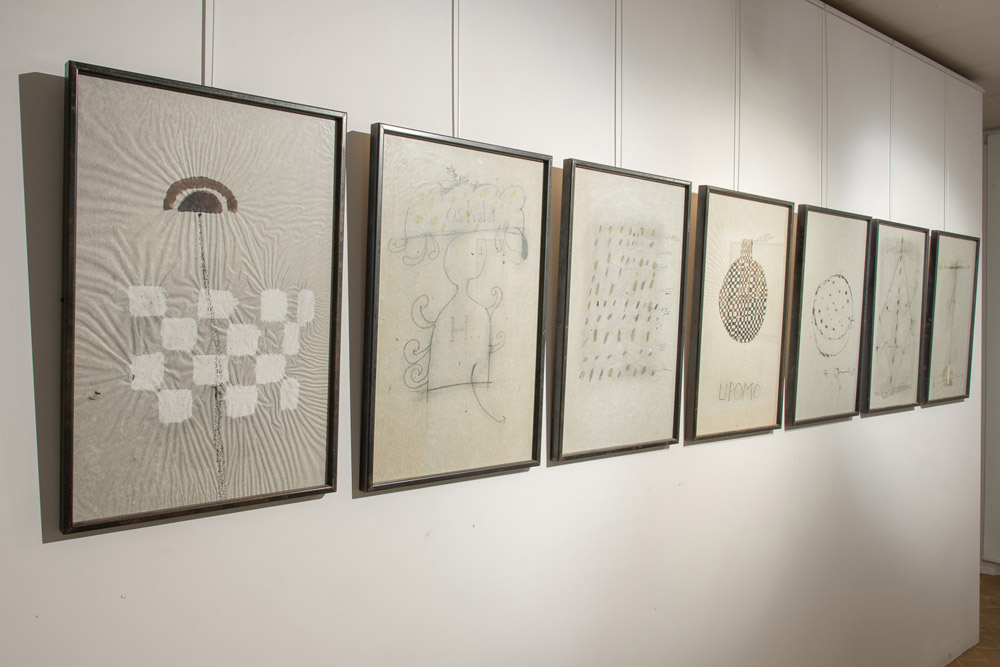 Emerging from a lamp room of dreams, a thought that pauses on the threshold of thought to read – in thought itself – the flows and countless reasonings of the everyday, the images created by Magdalo Mussio hold and trace mass culture, the “memory of a code” to be deciphered, the pierced silence of mental darkness, the alchemical flavour of material wisdom, the word sought and spoken by chance, the “terror of one’s own image” the atavistic waiting of signs. 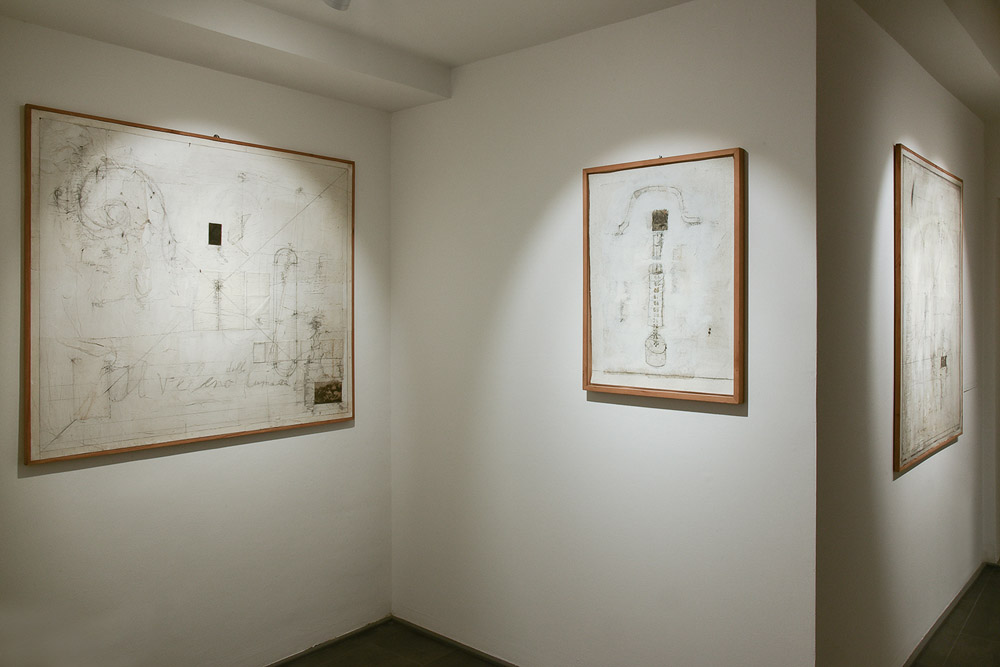 Like apparitions on ever-different surfaces which constitute a veritable polygraphic cartography – Mussio was labelled amanuensis cartographer of difference by Alberto Signorini in 1991 – his works capture the viewer and, almost creating a tactic of lateral encirclement of reality, invite him  or her into a magical territory where typography, typewriting and handwriting intersect with impossible architecture, with snatches of poetry, with necessary pre-existence and absence, with the warm flavour of deletion, with the caprice of reason, with the “special relationship with error” of his Chiarevalli Monodico and with the  exceptional defect.