A Journey in the Invisible Dimensions of Space

The Museum Laboratory presents Chiara Passa’s solo show, an exhibition contained in an installation that invites the audience to experience the ultimate frontiers of a research on space that the artist has been carrying out since 1997, when surfing the internet still meant entering an other dimension that differed from physical space. 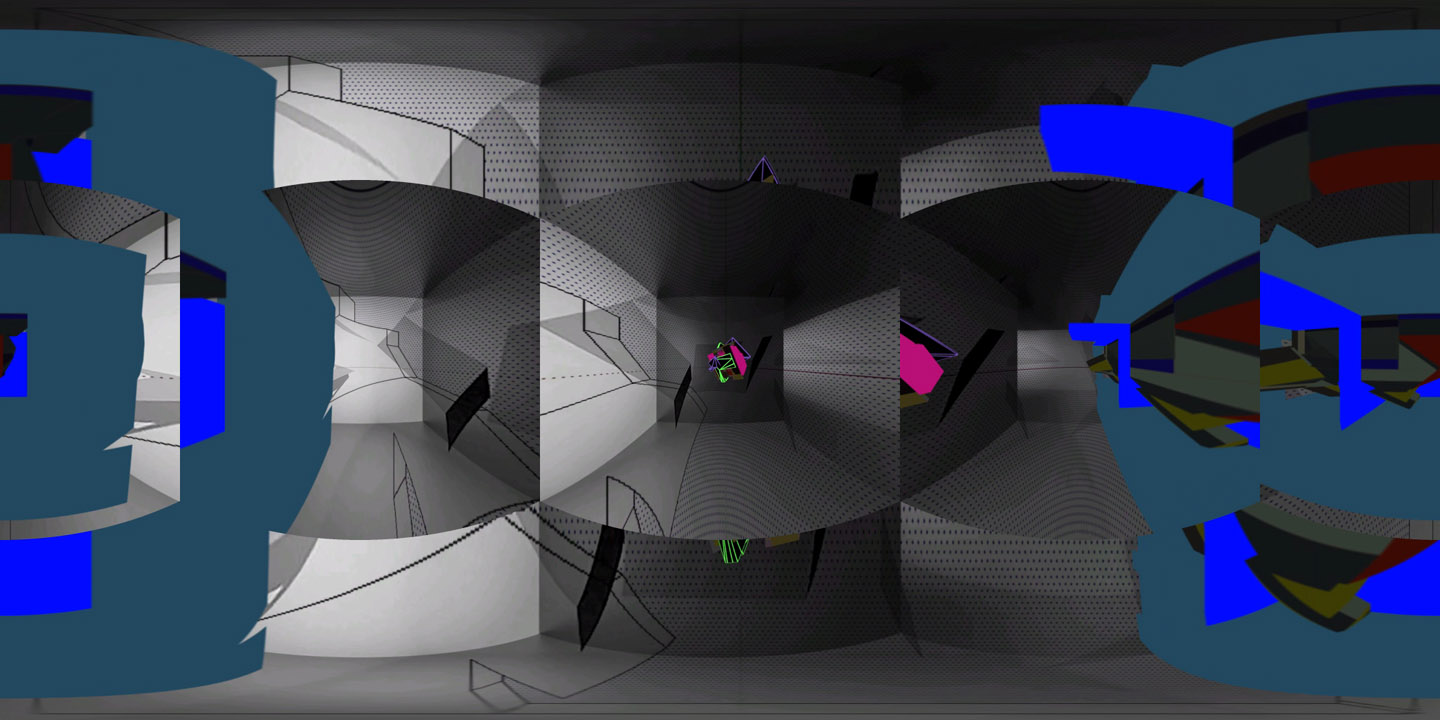 The works on display consist of a corpus of recent productions that derive from Fourth Dimensional Banner, a project created in 2012 and launched in 2013. Passa used animation as a way to penetrate the interstitial surface of the banner, intended as a film that functions like an interface between worlds. This virtual skin was thus materialized and acquired its own possible structure, consistency and depth, extending itself in physical space through an endless research of formal outcomes. 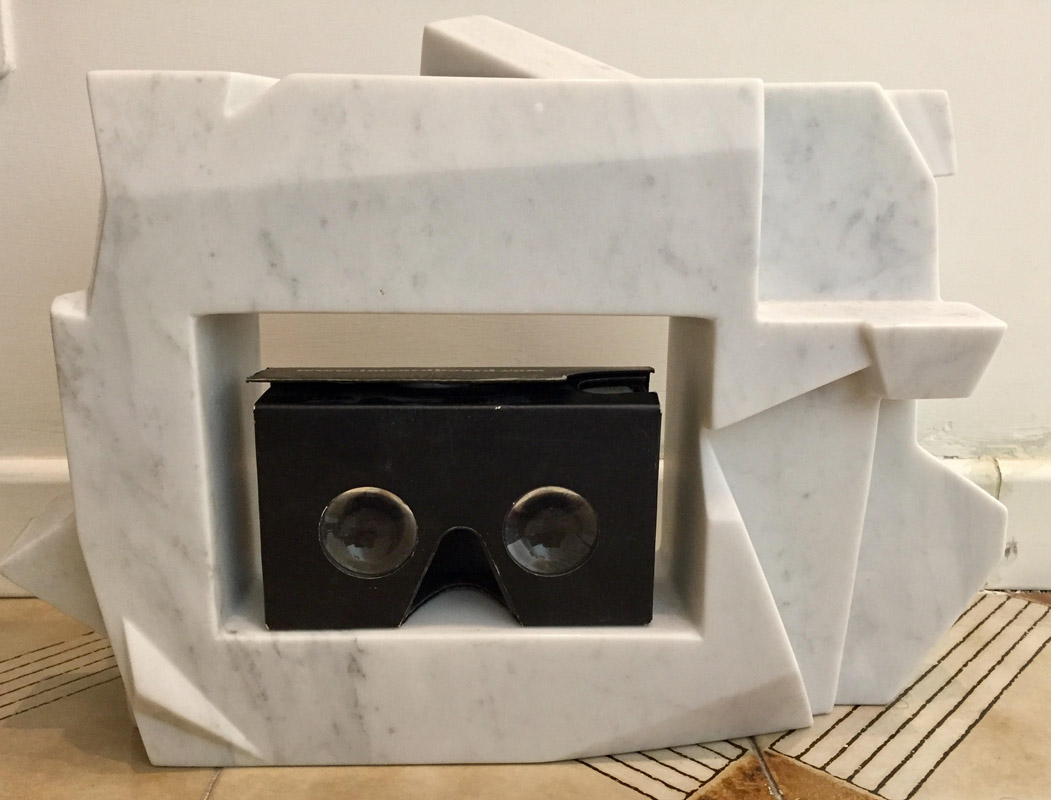 The works which were specifically conceived for the space of the Museo Laboratorio, are integrated in a single and comprehensive experimental project: each individual work, as well as the project as a whole, constructs an Object Oriented Space. The term also refers to the programming language that is used to write different types of interactive softwares in which the structures of the data become ‘objects’, ‘windows’ that enclose and give access to customary functions.

Object Oriented Space therefore projects us in multiple perspectives of object-oriented dimensions, among which the Object Oriented Ontology, a philosophical orientation that addresses a post-anthropocentric, polyphonic and multidirectional world that also includes the non-human. 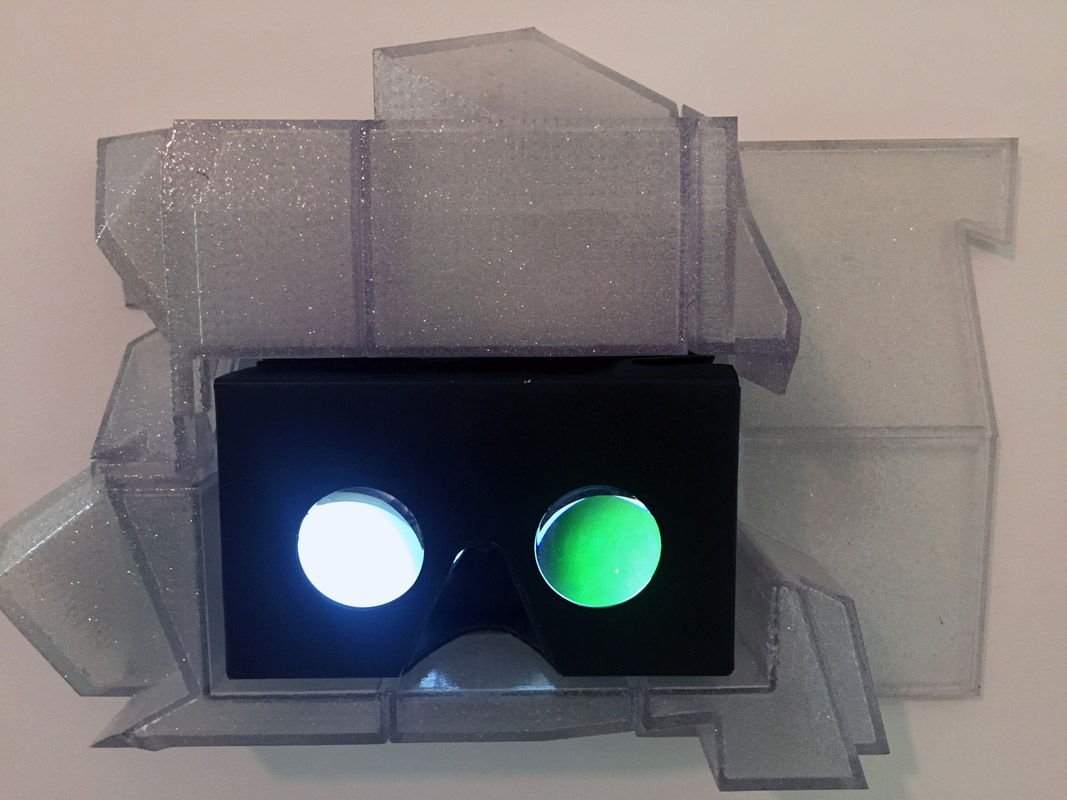 In the exhibition, a wall drawing that takes up the whole length of the front wall of the museum is overlapped and combined with a variety of works that epitomize different formal outcomes and modes of access to multidimensionality: the augmented reality of small fresco-matrixes, the virtual reality of the geometries that inhabit fibreglass sculptures, and 3D viewers through which one can contemplate anaglyph animations. 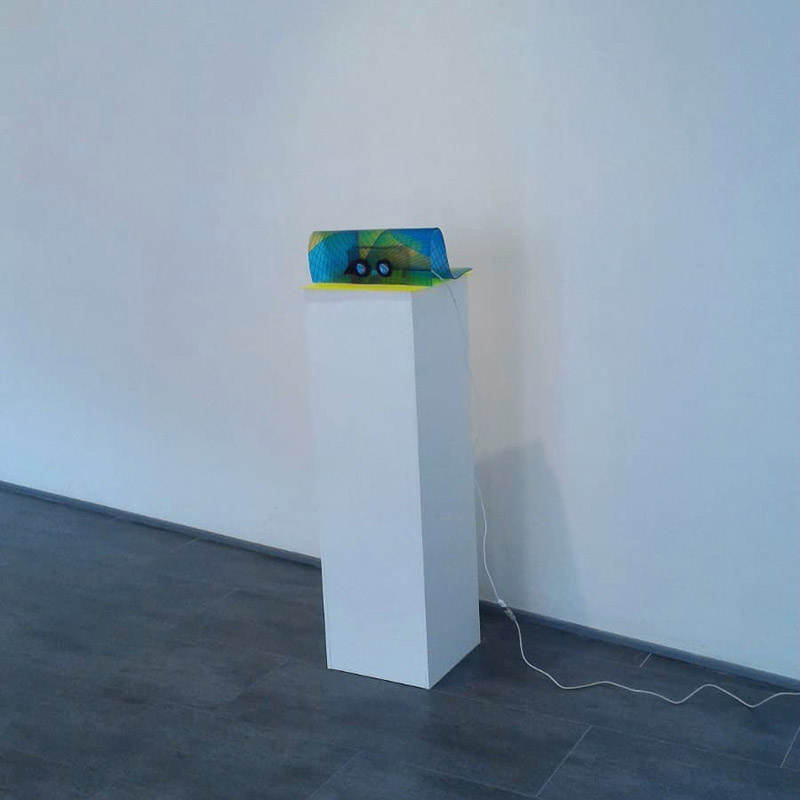 The Museo Laboratorio is remodelled by the extroversions and introversions of space-time. The space is transformed and reshaped in the design that Chiara Passa realizes by means of geometries that are built in the physical dimension and through its natural continuation and augmentation in the liquid atmosphere.