CHTO DELAT at The Gallery Apart

New Kinetic Melodies: on miracles, disasters and mutations for the future

by Antonella Fiorillo
in exhibitions, focus

Zapatista ideas of social transformation understood and applied in contexts outside Mexico. Based on this idea, the Russian collective Chto Delat (What is to be done?), founded by young artists, philosophers, writers and critics in Russia in 2003, is exhibiting once again in the spaces of The Gallery Apart with New Kinetic Melodies: on miracles, disasters and mutations for the future. 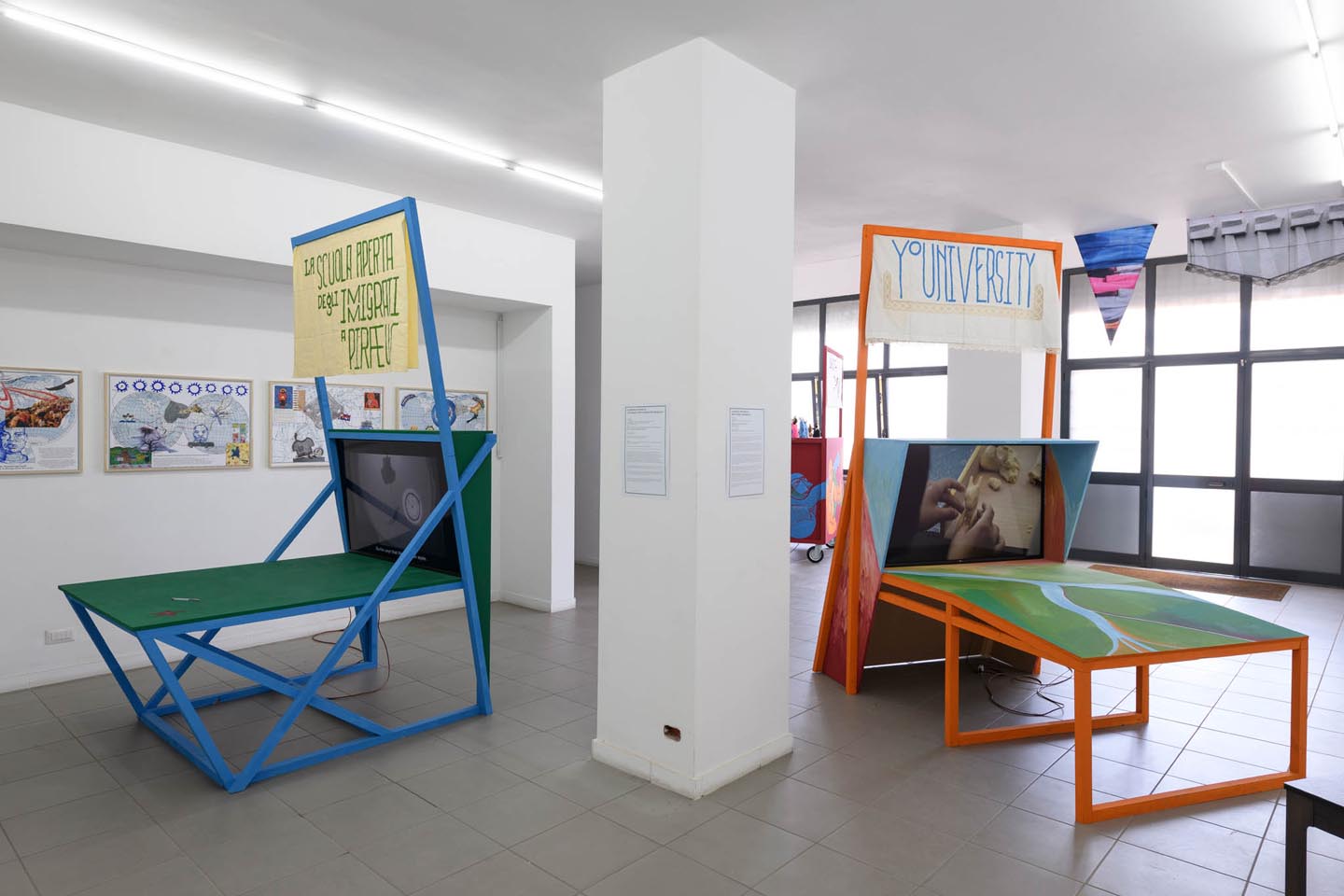 Hand-painted wooden constructions, similar to carts, but also reminiscent of school desks or microfilm tables, occupy the entire space.
The three films, belonging to the triptych Slow Learning by Zapatista are present inside the structures. These were made not to illustrate the Zapatista method, which the collective began investigating in Mexico in 2017 during a solo exhibition, but rather to illustrate how the Zapatista method can shape a new reality within three communities far from the movement’s place of origin.
The first is about a community of young Russian artists in a village near St Petersburg, the second shows a community of migrants and refugees in Puglia while the third focuses on the School of Solidarity in Athens. 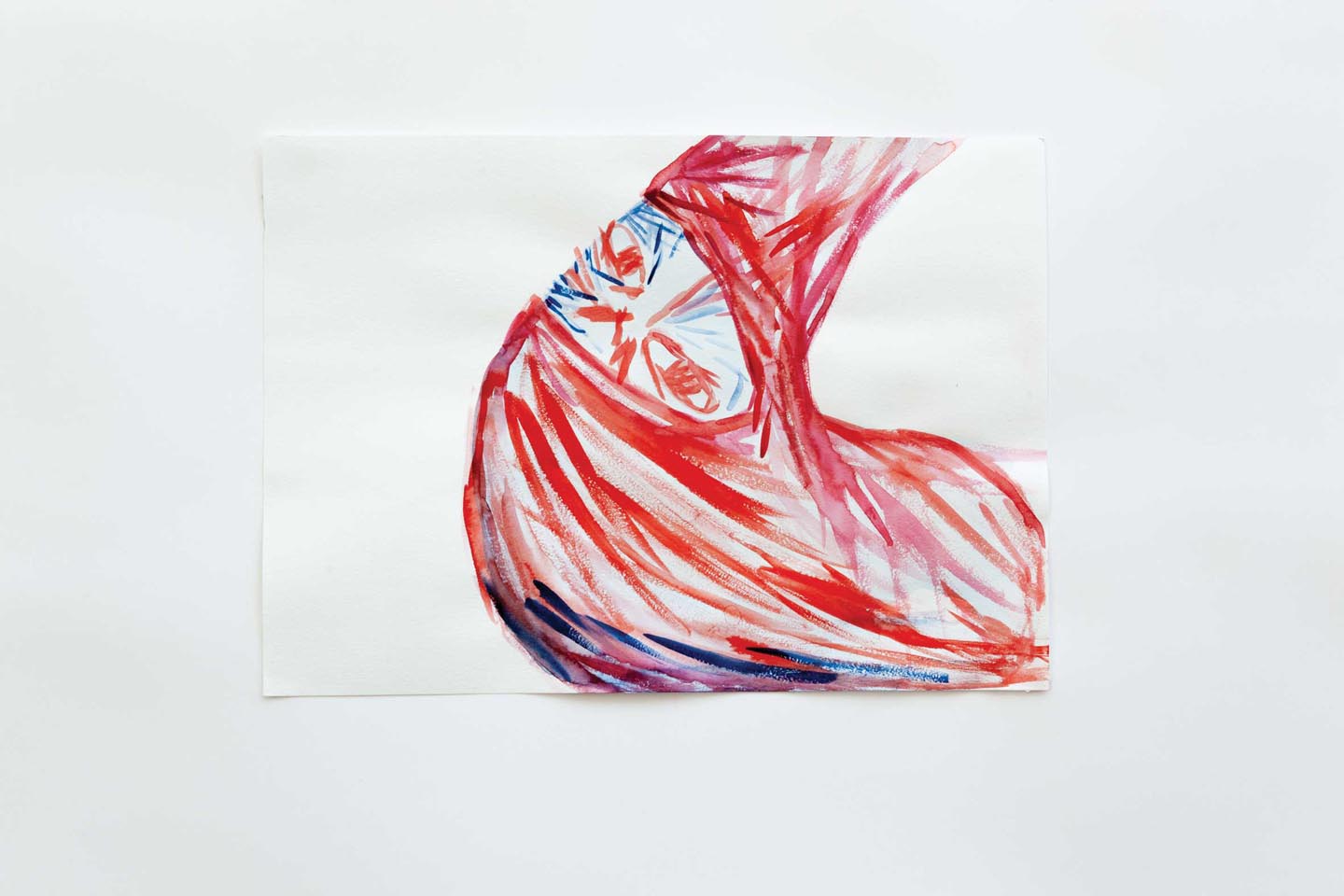 In a reality that is constantly changing – socially, politically and economically – the basic principles of the Zapatista method manage to make different realities coexist in a continuous and valuable dialogue.
It is no coincidence that through the narration of fairy tales and metaphors, words are transformed into art and the main weapon undermining the structures of society. Fundamental principles such as equality and fragility thus become the means to gain one’s own strength, which can include justice, opinions and the thoughts of everyone. 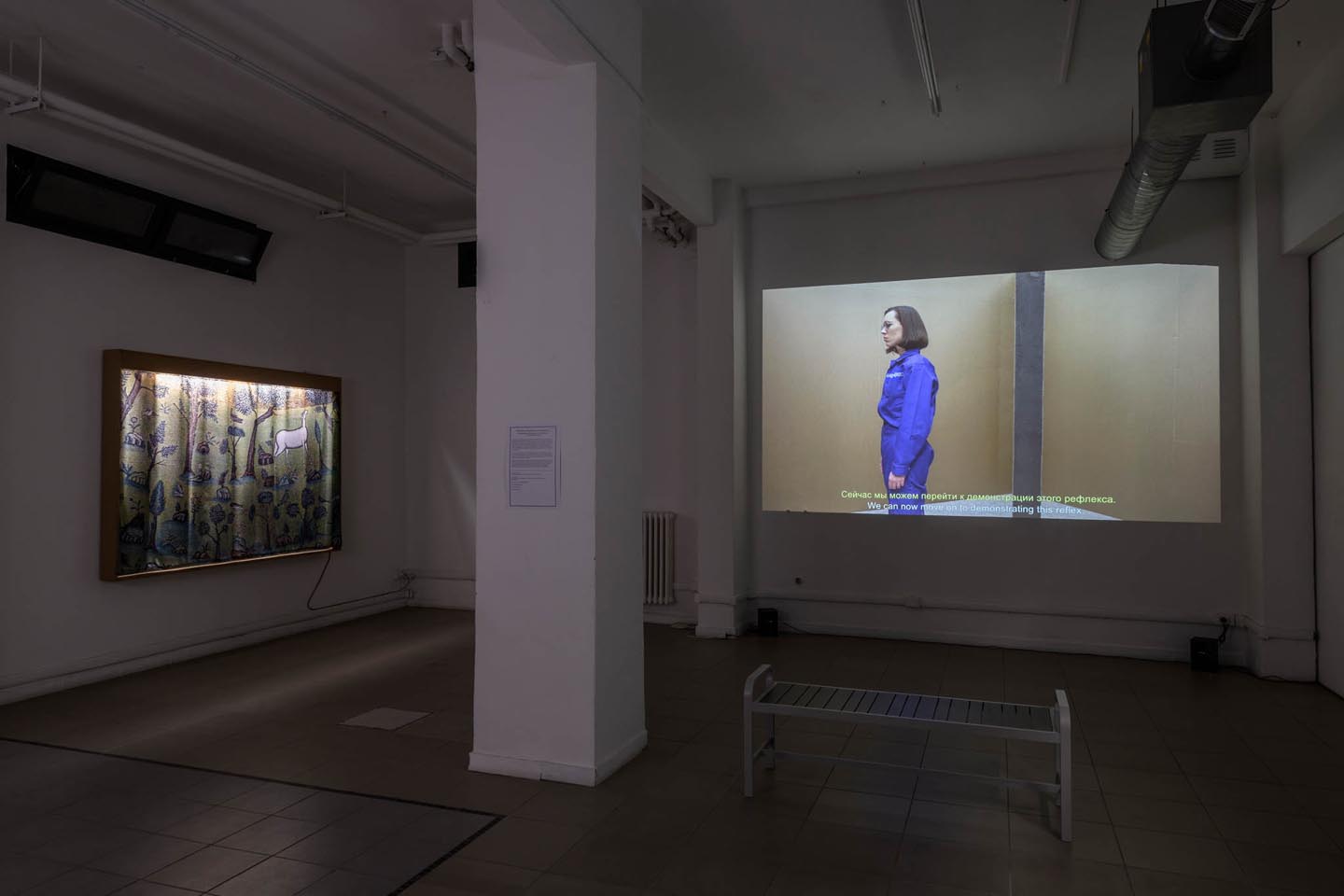 The latest film shot during 2021, Six Kinetic Melodies for a Required Future, is also being shown, depicting a utopian laboratory in which the characters are scientists and guinea pigs at the same time, trying to create new forms of automatic social behaviour for survival. Through bodily practices, dialogue and discussion, the almost autobiographical film explores the adaptation to a social life that, apart from being undermined by the current political repression in Russia, has undergone a further dramatic transformation as a result of the pandemic. 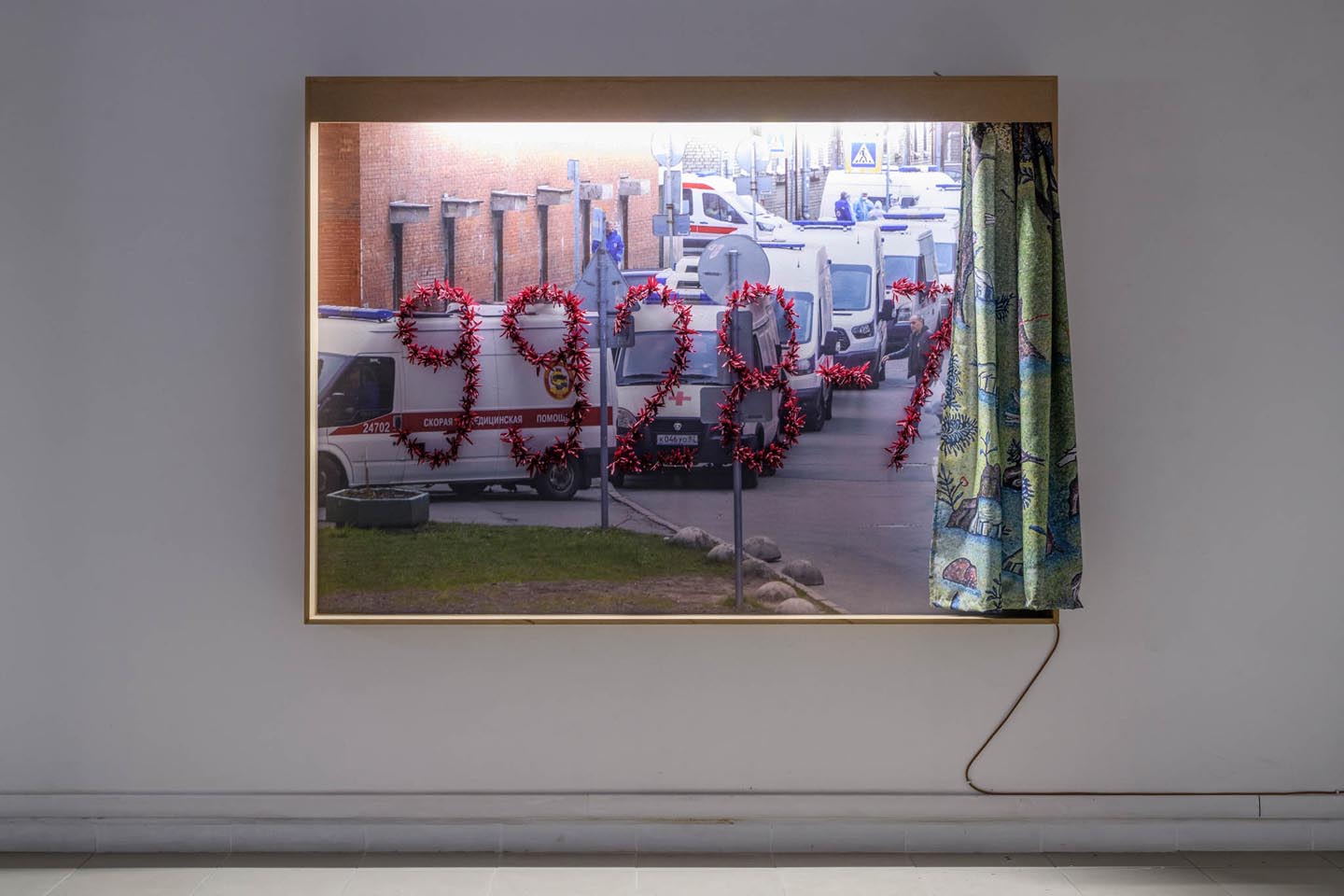 An installation accompanies the film showing three retractable blinds, which can also be seen in the background of the ‘windows’ of the six protagonists in the film. The curtains are movable and show viral photographs depicting dramatic moments from the past year, on which there is an ornamental text made of flowers indicating the number of a new repressive Russian law.
A kinetic movement passes from one work to the other, creating new melodies through the noise of values that speak of belonging to the land, hospitality and miracles.