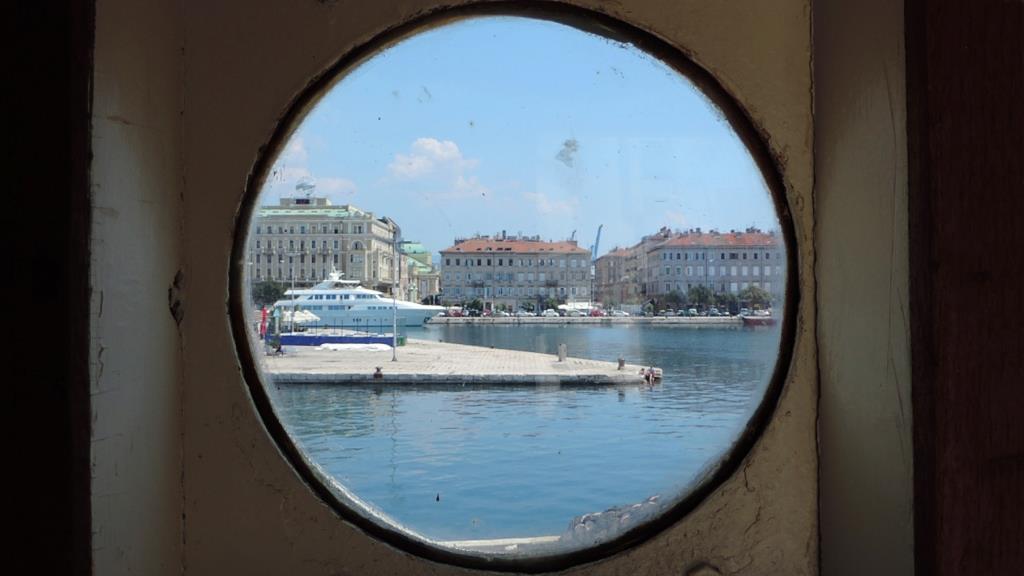 Western art finds its origin in the classic and philosophical worlds that were born “under a water sign”, along the shores of the Aegean and Ionian Seas. It then swept throughout the Mediterranean, permeated by that fluid which Thales defined as the origin of the world. Thought is the dawn of artistic practice and – much like the sea – it possesses perpetual motion and the ability to hold different forms of knowledge together. The Mediterranean Sea is the perfect metaphor to describe this: it is a basin of sundry ideas and visions which have always influenced global balance and harmony. It is simultaneously an emblem of diversity and equality, a haven for that which is possible as well as for compromise. It represents the non-space of an improbable and rational cartography that attempts to trace confines in accordance to the logic of modern society. So this mare nostrum is a contradiction of terms. A field in constant evolution that is both concrete and imaginary – a Heterotopia, as Foucault described it – that questions the processes of signification and inclusion, compelling us to rethink its concrete, social, political and cultural limits.

Art that reflects upon the Mediterranean question challenges its complexity by attempting to analyse its incoherencies, as illustrated in Michelangelo Pistoletto’s Tavolo Love Difference which opens the Coast to Coast exhibition curated by Ludovico Pratesi and Chiara Pozzi at the Kortil Civic Gallery in Fiume. The work is the result of the assumption that the Mediterranean is an absolutely variable single body endowed by its very disparities. In fact, it is an incentive for an intercultural debate and the beginning of new understanding, a place for dialogue, a reflecting surface which mirrors that pattern of representation so typical of the Mediterranean where reverberations of distant cultures that quietly make their way to limitless and unbounded space and time. This is a plan that yields a negative of the configuration of the middle sea around which there are different identifying grounds of the lands and cultures they represent. The installation encourages spectators to take a set and actively participate in an exchange, a debate over the “stereotypes” among such different horizons thus contributing to a consideration of the concept of identity, so often confused with that of a “national identity” which – in the words of Zygmunt Bauman – is “an agonistic notion and a battle cry”.

Like a seagull by Moio & Sivelli follows Pistoletto’s work at Coast to Coast. Here is an ongoing analysis of the portion of the sea that lies between Italy and the Balkans: a part of the great Mediterranean mosaic – the most “intimate”, as described by Predrag Matvejević in his Mediterranean Breviary: “The Mediterranean is the sea of propinquity while the Adriatic is the sea of intimacy”, in reference to the more compact nature of the Adriatic which, much like a “miniature Mediterranean” (Fernand Braudel), preserves all of its contradictions and ability to form changeable identities, daughters of distinct worlds that are nonetheless strongly linked, thanks also to cultural fusion and the sharing of space. 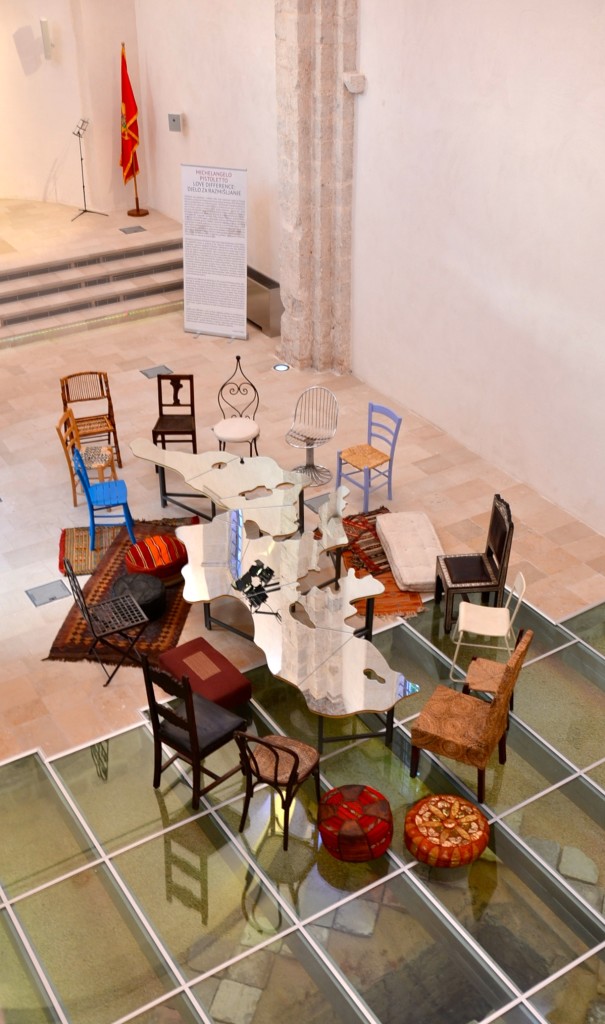 Abiding by Matvejevic’s suggestions, the research carried out by the Neapolitan artists takes them from ports (as places of awareness of peoples) and tends to explore the complexity of the relationship between the representation of space and its direct experience. The series of video-installations is the narration for images of the voyages taken by the authors through Adriatic seaports such as Bari, Ancona, Venice, Trieste and Fiume to become the interfaces of the various cultures whose mutual connecting point is the horizon. The video lens simulates the flight of a seagull, gliding above the ports to tape an incessant and intense activity, the dynamism and unending exchange with “others”. This project presents the nature of the Mediterranean through images which characterize the examined areas and even employs the study of the light and colours that make it so special.

This way, the video stills can become digital paintings which restore a tendency to use colour as a fundamental aspect, reminiscent of the most ancient of painting traditions in the Mediterranean – conveying emotions and evocations that stretch beyond cognitive reduction. The use of stop-motion supports the temporal suspension of the explored areas and re-establishes materiality though that patina of industrial silicone which captures the projections to offer an evanescent image of the indeterminate identities that inhabit this no man’s land.

The exhibition was organized by the Università Popolare in Trieste and the Unione Italiana in collaboration with the Italian Consulate in Fiume for the 15th “Italian Language Week in the World” to channel and connect the research carried out by Italian artists. Through this intergenerational exchange, the research is able to contribute to the study of the Mediterranean question and offer new and different viewpoints from which to observe the sea. After all, Matvejevic wrote that “ …we do not discover the sea by ourselves nor do we view it exclusively through our own eyes. We also see it as others have seen it, in the images and tales that they have left behind: we come know it and we recognize it at the same time”.

The Technological Season of Sferisterio