Vanishing points, a project that combines robotic experimentation and geopolitical reflection is currently on view  at VOGA in Bari

MAUL! – the new reality in Mola di Bari – presents Punti di fuga (Vanishing Points) by Cristian Rizzuti on show in the spaces at VOGA and inaugurating a new collaboration.

Combining robotic experimentation and geopolitical reflection, the project confronts one of the most urgent issues of our time: the migratory crisis where so many lives and hopes are being lost on land and out at sea all over the world. Developed during the eighth edition of Con.divisione residenza, organised by Officina dell’Arte APS and held in 2019 at the Castello di Mola di Bari, Vanishing Points was conceived in response to the xenophobic and anti-European movement of those days, but is still relevant today considering the humanitarian consequences of the sudden upheaval in Ukraine and its effect on the equilibrium in Europe. 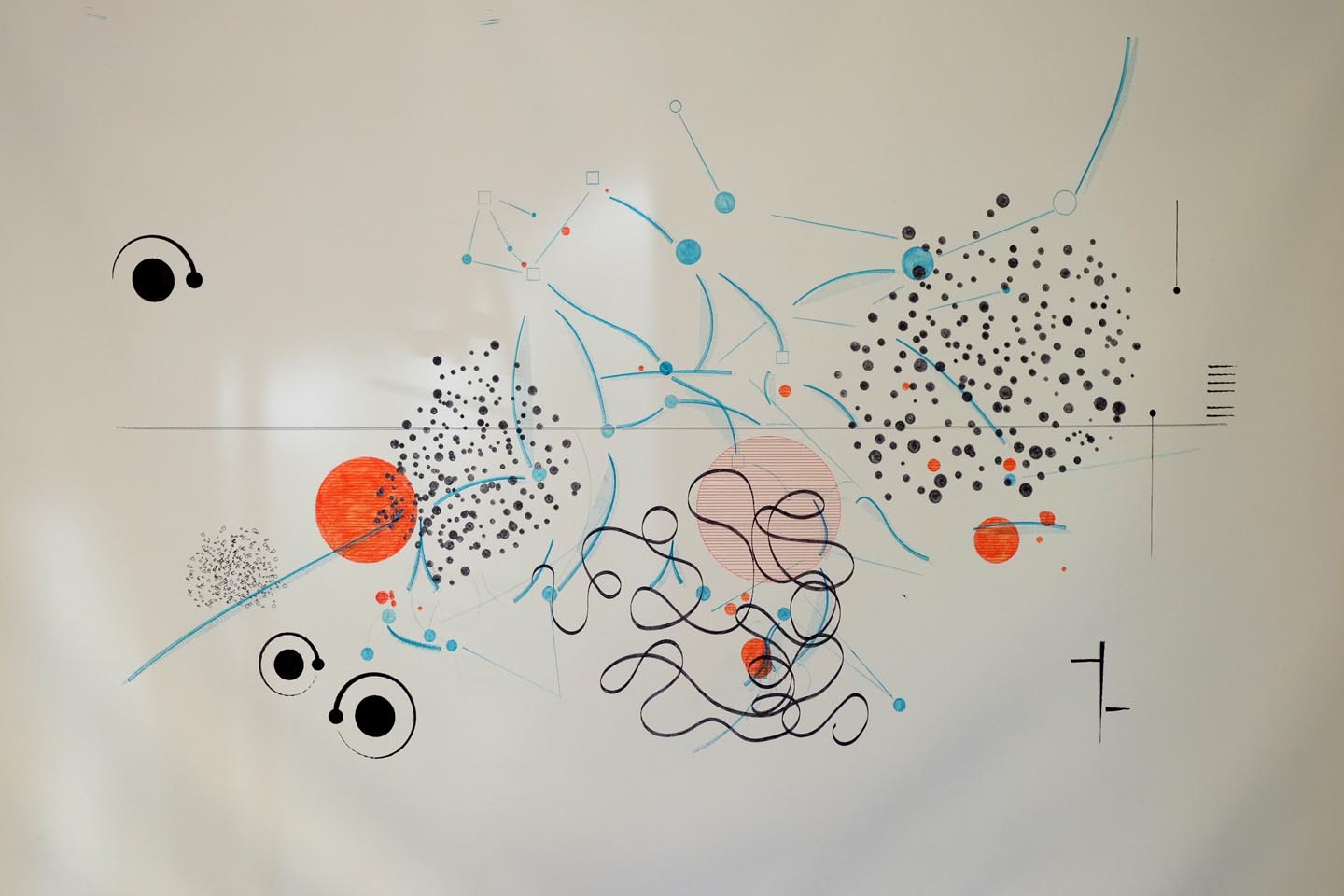 Vanishing Points started by collecting statistical data on migration flows from Africa to Europe, from the South to the North of the old continent and on a global scale during 2019. This information forms the input used by a robotic arm to trace marks and colours on three canvases. In this process, numbers and statistics are transformed into lines, circles and points defining a seemingly abstract cartography but, in reality, guided by specific symbolism. Using a machine to witness the movement of biological bodies, Vanishing Points seems to suggest the need for superhuman mechanisms and perspectives to reclaim our present. 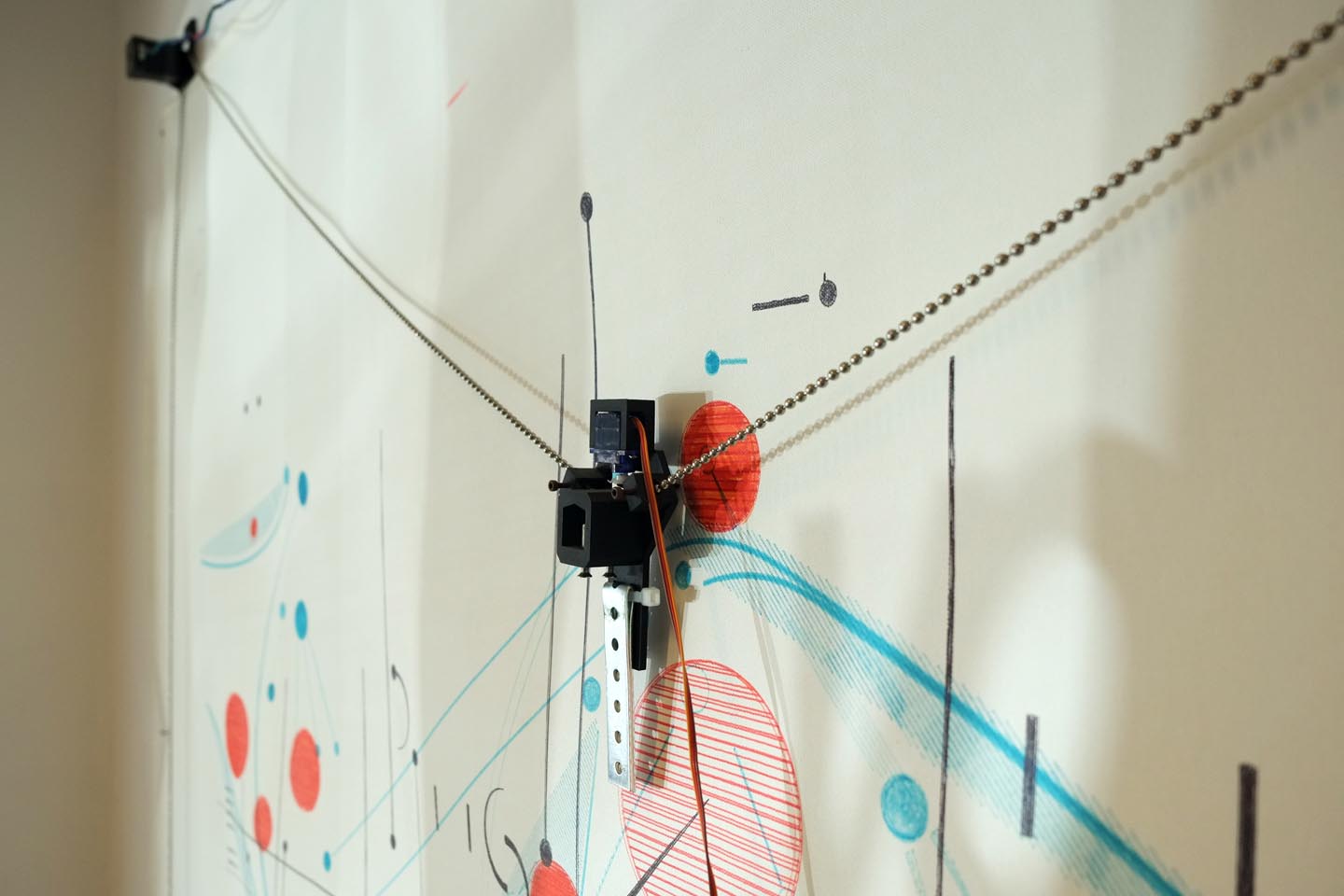 On the canvases, red indicates the migrants who lost their lives during their crossings, curved lines represent boat journeys, straight lines refer to destinations travelled on foot and blue dots indicate the cities of transit. The resulting visual composition is conceived by Rizzuti as a musical score and as a possible starting point for further performative actions. 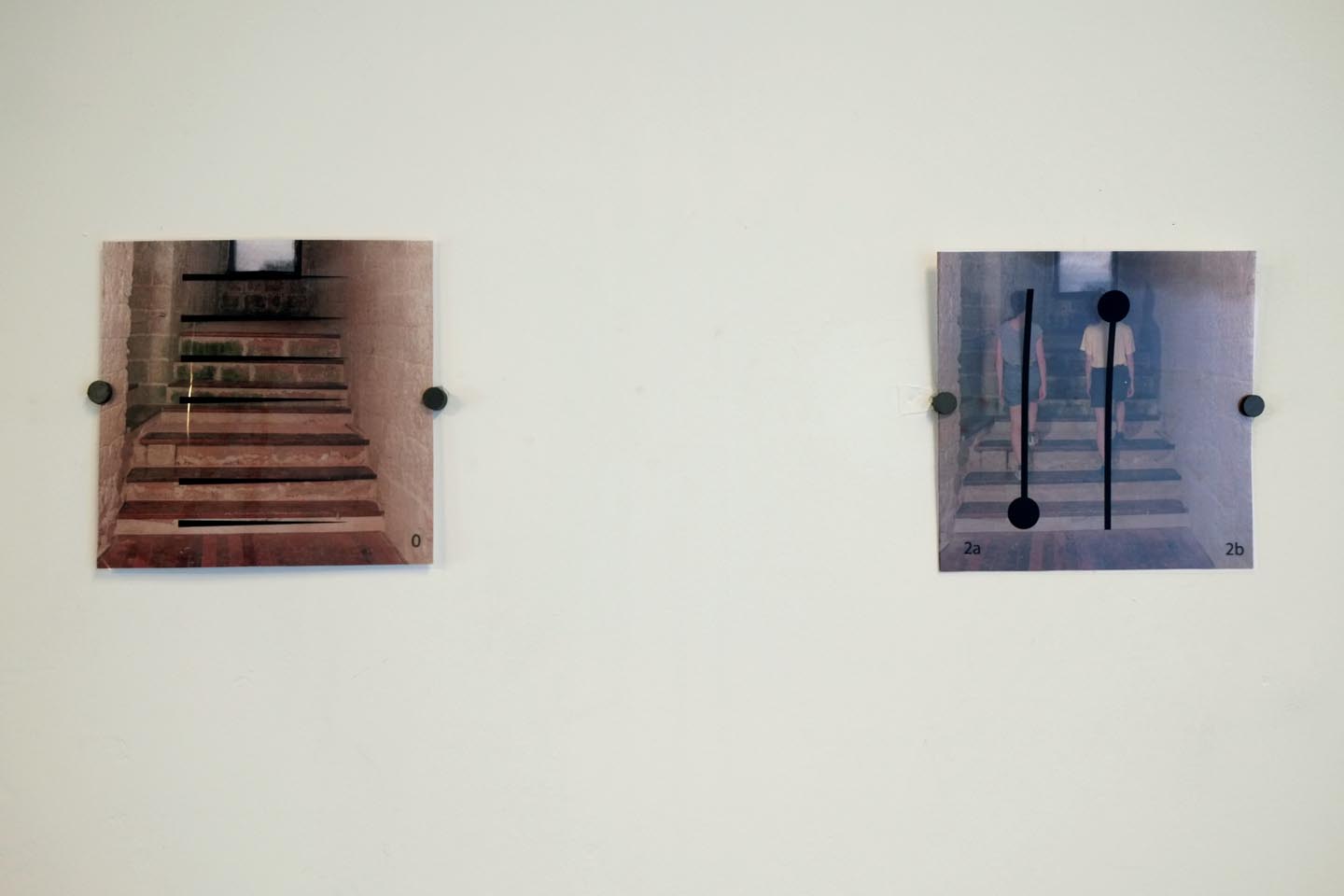 In fact, during the final performance for the 2019 residency, the triptych was the subject of a musical reworking by Michele Ciccimarra, Giovanni Cristino, Peter Hinz and Giuseppe Pascucci, together with a choreographic interpretation by dancers Maria Susca and Georgia Begbie.

In autumn 2020, a digital version of the project was included in the online exhibition Sbagliando si inventa. Gianni Rodari nel paese degli artisti (Inventing through Mistakes. Gianni Rodari in the land of artists), curated by Antonello Tolve, which inaugurated the virtual space of the Macerata Academy of Fine Arts Gallery. This further adaptation of Vanishing Points as an installation at the VOGA spaces is therefore the most recent, but does not represent the final stage of the project’s transformation.

UpCycle. When Art Reinvents the World