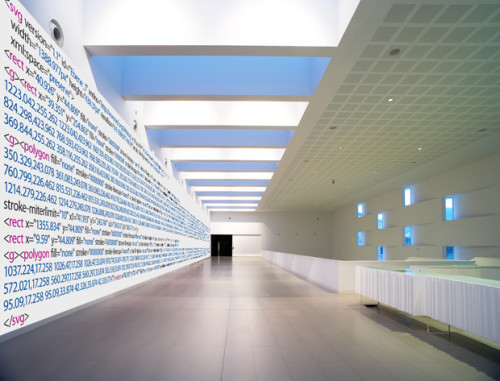 Datascape. Datascape. What you see is not what you get, is an exhibition dedicated to the contemporary landscape – the one that materializes in the stratification of overlapping and supplemental data into the so-called natural landscape – will be open to the public on 15 March. The project is curated by Benjamin Weil, one of the first critics to have dedicated attention to the junction between art and media, who held the role of LABoral  Chief Curator for years and is now Artistic Director at the Centro Botín [Botín Centre] in Santander, Spain.

Artists have used a variety of tools to portray the modern landscape, combining classic systems of representation with more technological means. The works on display explore the increasingly blurry lines between physicality and immateriality through the juxtaposition of elements inside and outside the screen. Among the featured artists, Angela Bulloch is presenting one of her works from the Anti-matters series where data extrapolated from films is reduced to cubic metres of pixels. With his Nasdaq_80-09, German photographer Michael Najjar fuses the «extremes of nature» he captured on film while climbing Mount Aconcagua in 2009 with data extracted from the past 20-30 years of the stock exchange on a global scale which take on the shapes of the landscape. 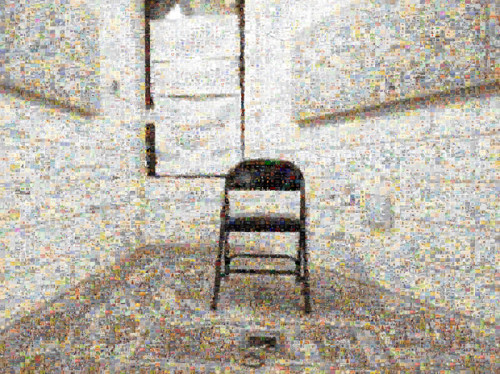 The architecture of the exhibit space will be the product of Karin Sander’s transformation; decoded into html writing to translate space and its volume. These works, along with those of other visionary artists such as Burak Arikan, Nerea Calvillo, David Claerbout, Joan Fontcuberta, Enrique Radigales, Thomas Ruff, Charles Sandison and Pablo Valbuena, will be the «landscapers» invited to describe modernity in its physical and immaterial externalization and its grafting into what has now become modified spatial-temporal reasoning.

LABoral has been open since 2007, offering an open view towards synergy and collaboration with institutes from all over the world and is designed to be a resource for designers and a production centre for art, design and architecture-related projects. Its founding, based upon an initiative of the Principality of Asturias government for a stabilization project of technological culture as a strategy to develop alternative models for the future, is an important step in the awareness process.

FRAME > The Art of Science