FRAME > The Art of Science 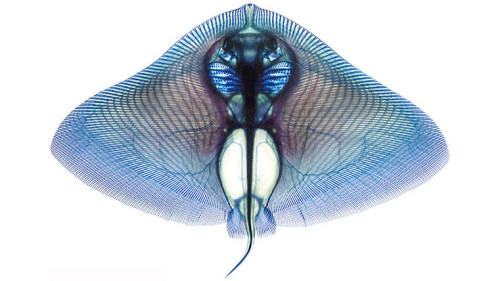 This image belongs to a series of photographs shot by Adam Summers as part of his scientific research. Dead fishes of different species, are treated with specific chemicals, so that the sight can cross the skin and the flesh, capturing the skeleton’s architecture. These images, each paired with a poem, are now depicted at the Seattle Aquarium within the show Cleared: The Art of Science. Dr. Summers is a Professor at the University of Washington’s Friday Harbor Labs and was the scientific consultant on Pixar’s Finding Nemo. The research that led to this exhibit was funded by the National Science Foundation.