Delphine Valli. Beyond the Visible…Beyond the Possible

Wall drawings, linear elements made from industrial materials and painted with specific chromatic choices, ‘establish an architectural dialogue with AlbumArte’s space through a minimal as much as powerful inprint. The artworks, each one part of a whole, stem from Delphine Valli’s inner world. They are visible traces of a cosmos, a meta-space which could contain Albumarte within it. We can imagine all of the elements which define and order the space as tangents operating between multiple dimensions becoming visible in nodes of collision, glimpses of another place which Delphine Valli invites us to enter and identify on the basis of one’s own individuality and feeling. 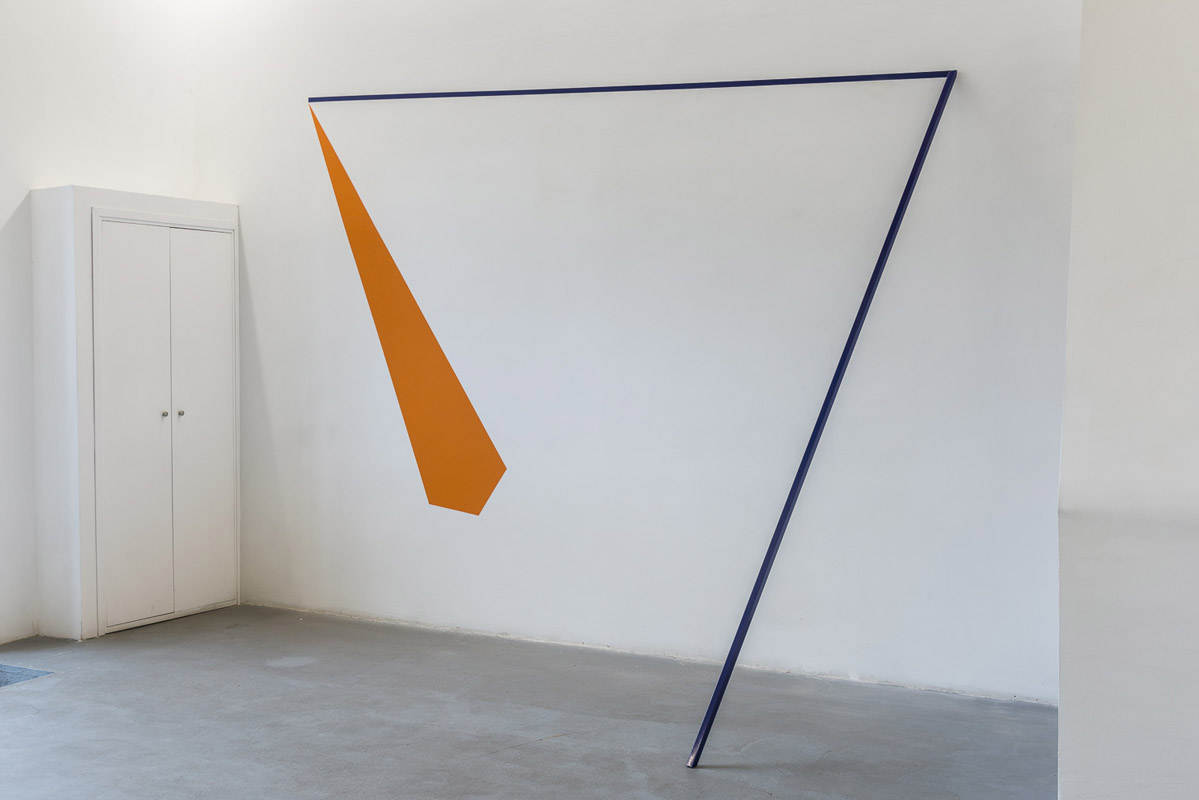 Reality is there for all to see, but Delphine’s work wants to rewrite it. There are no better words than these, expressed by Claudio Libero Pisano, who curated the exhibition and who has followed Valli’s work for years, to describe the starting point from which we all begin our journey. Her environments are sectioned and delimited by walls that link and unite instead of separating. Her works create connections. They don’t change the space but rather formally redesign it, leaving the viewer with a question: are you satisfied with what you have under your eyes or can you aspire to a different interpretation of what you see? 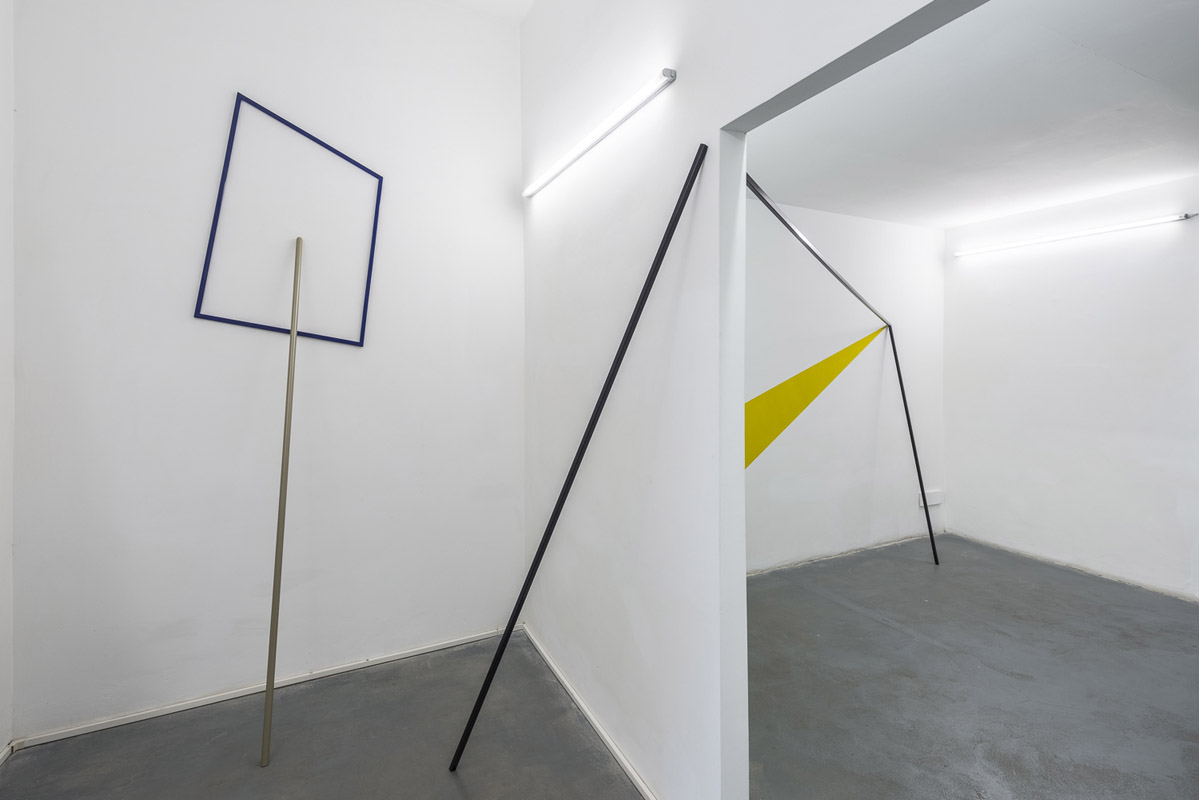 The ambition to see beyond things is an essential tool to improve our sight, understood in the wider sense, beyond the human eye. This is the tool that allows us to access other dimensions, even beyond the impossible, to quote the title of the text displayed in the main hall where murals ‘immediately establish themselves’ as a starting point where the architectural ‘phrasing’ adjusts itself to the different rooms making up the space. Generally, when a person wants the moon, they get it, this is how the text begins. Alongside this tension when confronted with what is hidden beyond the visible, irony becomes an important component too. 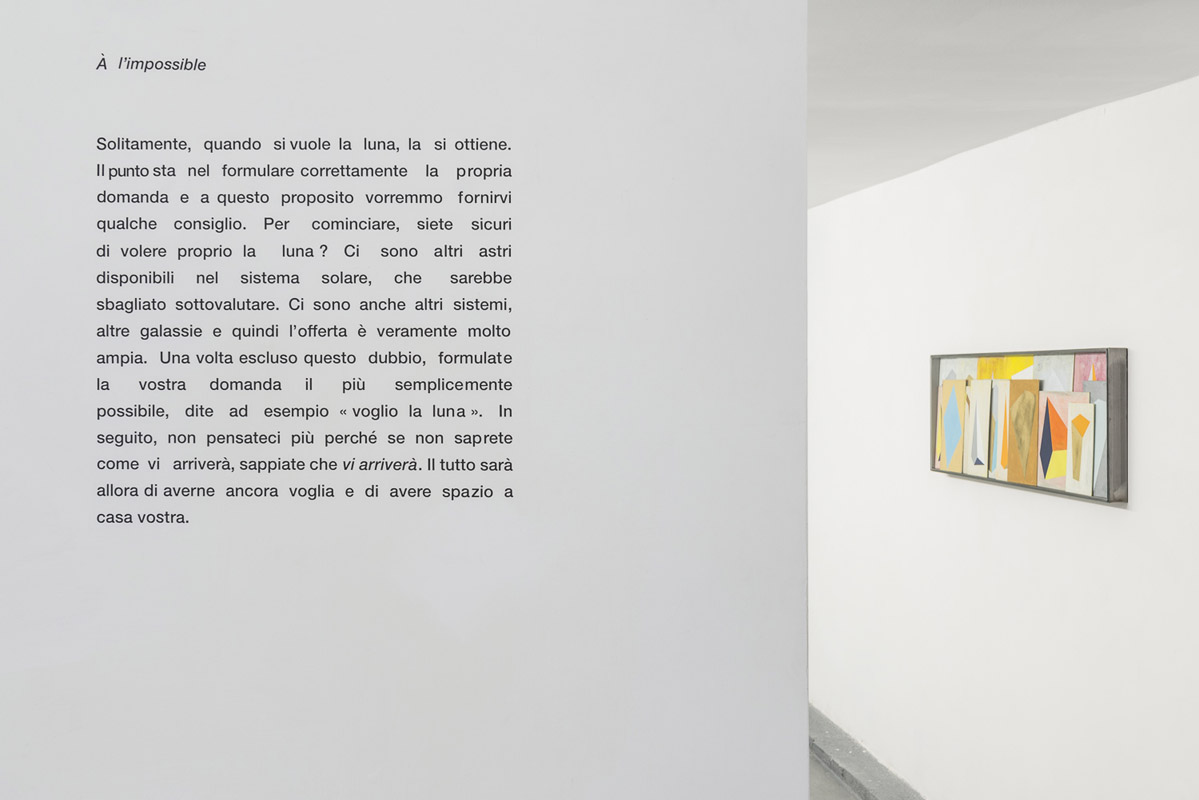 Language thus comes to bear on the playful juxtaposition between the architectures of space, another tangent between multiple dimensions and a further extension of Delphine Valli’s personality, whose extremely thoughtful (and deliberate) linguistic choices are an integral part of. The simplicity and elegance with which the architectural elements settle in space are also part of her personality, strong to the extent that they are able to confer weight to empty space, building a balance that moves the centre away from the traditional vanishing point and enters into the energetic oscillations of quantum dynamics. An interplay can be found in the series of superimposed cards set inside a frame, positioned at a point connecting the main rooms, intended to create a force of tension in opposition to the centrifugal force represented in the remaining architectural works in the space. 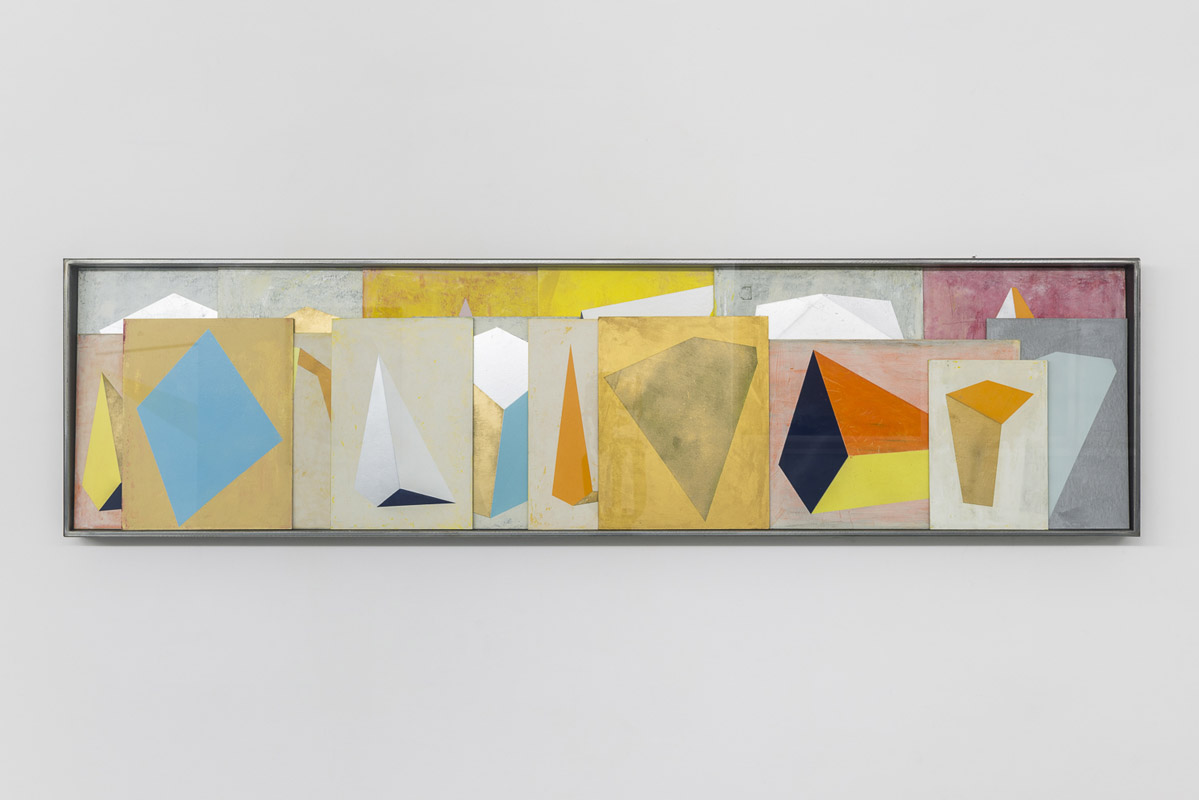 Even the title Climax has a role in this game of tensions. Etymologically the word refers to an increased crescendo [from the Ancient Greek κλῖμαξ, female noun that means «ladder»], but is also used in the language of ecology to indicate the state of equilibrium reached by plants during their development process in a specific area. Delphine finds the right tension, an equilibrium that moves between diverse meanings. 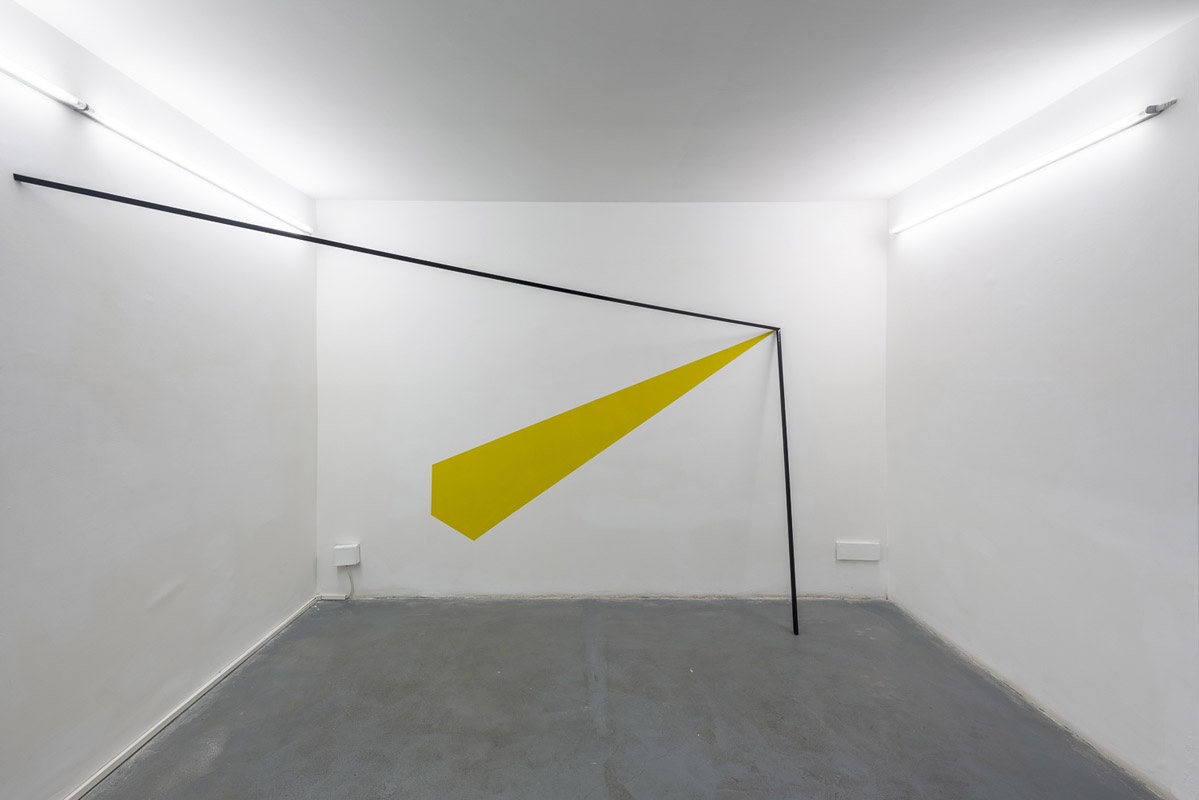 «The exhibition’s essential nature, explains the artist to Fabio Macaluso in an interview recently published on the blog of the magazine L’Espresso, the reiteration of a particular element without any superfluous addition speaks to me of a growing intensity, evoking a final state of equilibrium. This allows us to foresee change; after reaching an apex it necessarily has to change.» 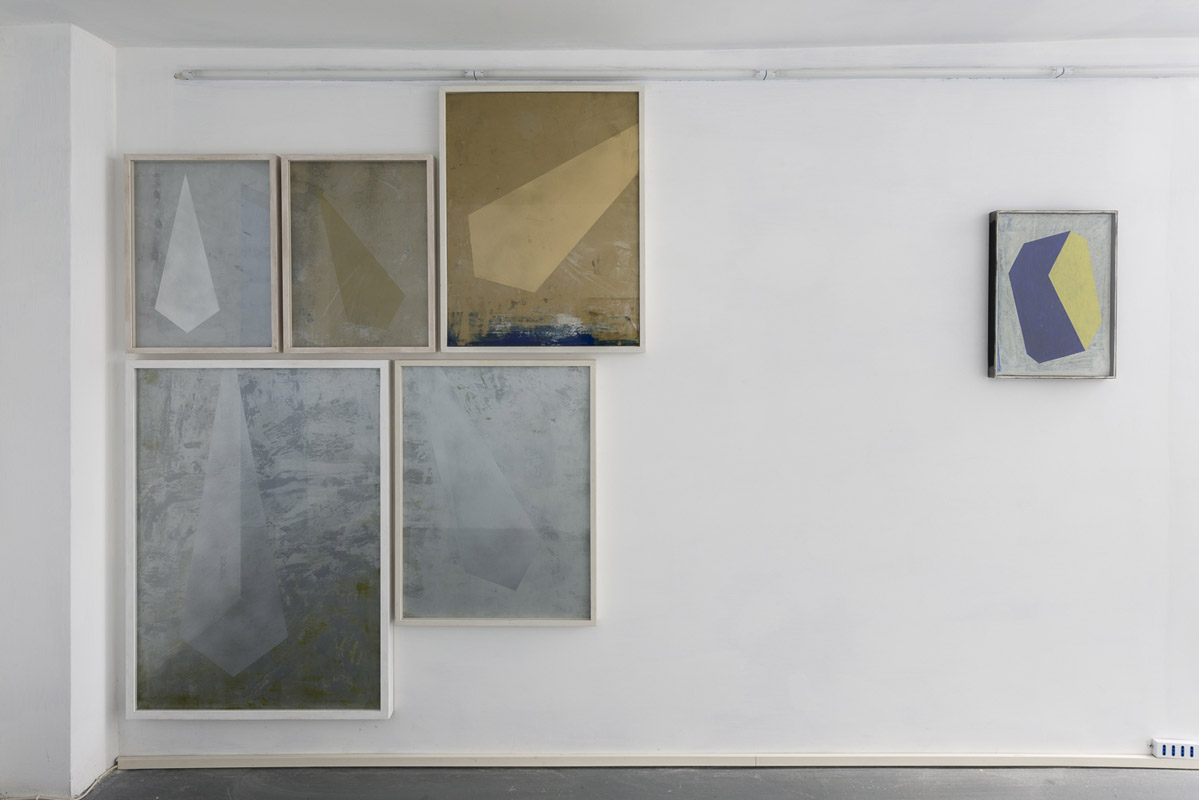 We now leave visitors to explore the exhibition, each continuing in the direction indicated by the pieces in combination with their own inner being, because the ambiguous and twisted geometry of Delphine Valli’s installations, once again quoting from Claudio Libero Pisano’s words to be found at the end of the exhibition, trigger an unprecedented relationship with perception, where the ordinary can become extraordinary.