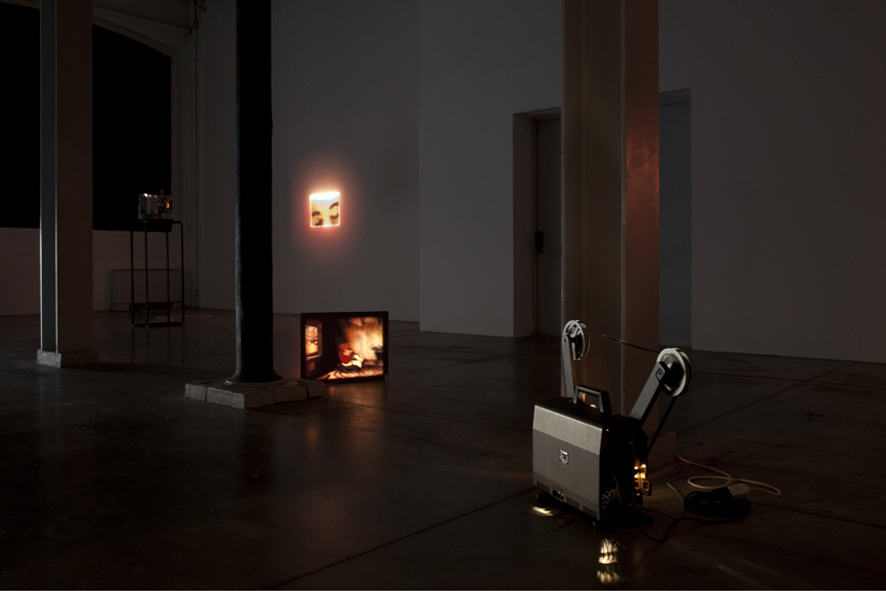 During his six-month residence at Careof, Milan’s historic area dedicated to experimentation and video research, Diego Marcon undertook a constantly evolving path inside Careof’s video archives as a response to an invitation from the Performing Archive. FRANTI, FUORI! is the exhibit that crowns his experience.

The archive revealed itself gradually, showing every single one of its grooves. Diego Marcon retraced the visual threads left behind by the artists who made Experimental Filmmaking history in Italy forty years ago as well as of those who later contributed to the development of that genre. The project was not simply a close encounter with a topic (parts of which the artist had had little or no previous experience while other parts were quite well-known to him), Marcon’s intention was to thoroughly absorb it and then relinquish it in favour of an intimate speculative operation. Allowing something to disconnect from one backdrop to then emerge on a surface made mainly of celluloid, glue, ink and scratches. Franti has no body nor face. If anything, it has a tough and sad character, to quote Edmondo De Amicis, whose vices or virtues are set “out of place” and “out of field”. The heart of the exhibit is found in four films conceived as a single cerebral hemisphere, four “headers” painted onto miniscule centimetres of reddish film (Untitled – Head falling 01;02;04;05 – 2015). Other elements act as satellites to the films, thus forming a series of visual and audio recollections. 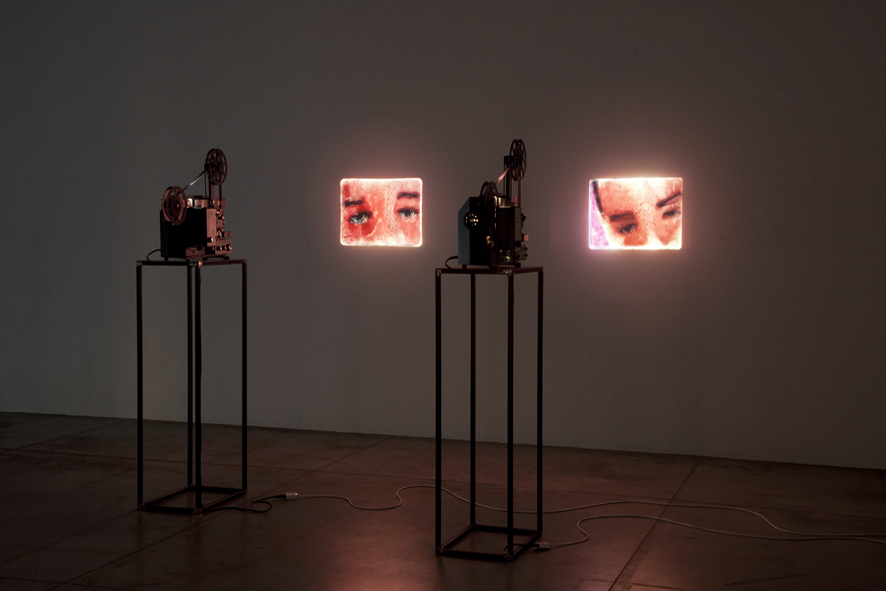 A sculpture for outdoor use, similar to a dwarf standing in the garden only in an extra-large size, marks the space-time of a scene in which we have been invited to move around without the help of road signs, maps, compasses or the North Star. (from the Italian press release) 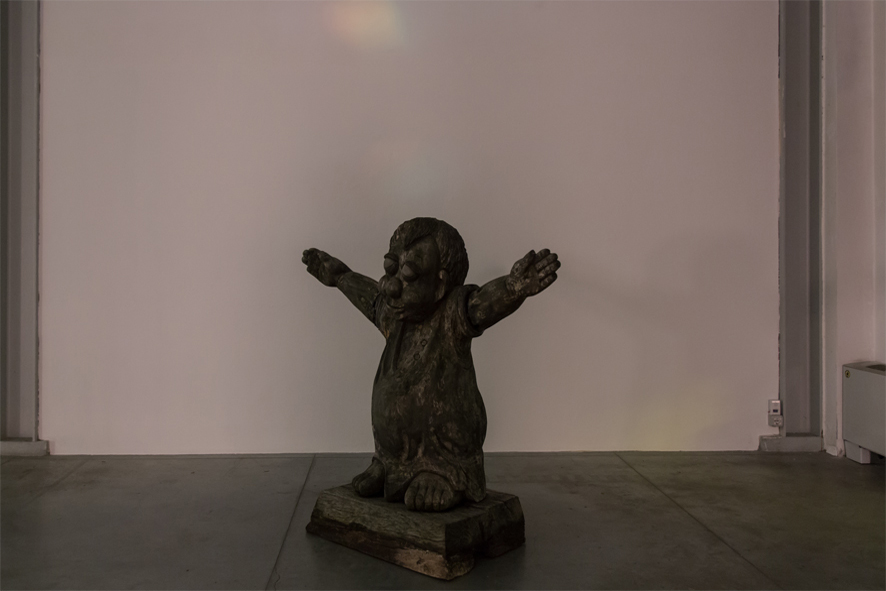