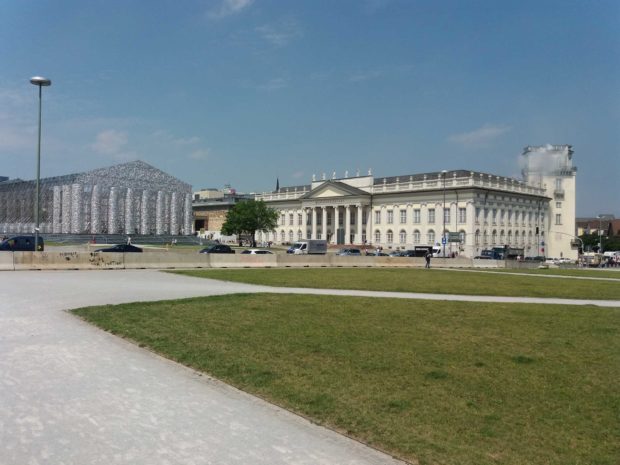 Arshake is delighted to publish the first of eight stages in Pasquale Polidori’s journey to Kassel on the occasion of Documenta 14, one of the world’s most important contemporary art events, which takes place every five years. A multimedia and multidisciplinary artist and philosopher and an experimenter with every medium (technological and otherwise) which might extend his aesthetic practise – centred particularly around language -, Polidori embarks on the narration of a journey that starts with his visit to the exhibition and continues in a more intimistic sphere, where he reflects on the universal themes that revolve around art as a whole, and around his own way of occupying space, of reaching audiences through institutional channels (or of being kept away from them).

The history of documenta is a story of exhibition venues and typographic formats.

The first edition took place only in the Fredericianum museum, which would continue to be the main event venue in the future. But by the second edition of Documenta (1959, curator Arnold Bode) the event was distributed across three places and, likewise, the catalogue consisted of three volumes: painting, sculpture and graphics. In the editions that followed, some places became integral to the documenta event, such as the Orangerie with its Karlsaue Park, the Ottoneum, the Bellevue palace, the Neue Galerie and, from 1992, the Documenta-Halle. Other civic locations, on the other hand, would only be occasionally utilised for specific critical-curatorial reasons: these include the Aue-Pavillon, a 9,500 m2 prefabricated structure, which was meant to be demolished after its use and was therefore a symbol of a contemporary present in transition and perennially being defined (2007, curators Roger M. Buergel and Ruth Noack); the Benedictine monastery of Breitenau, outside Kassel, former Nazi concentration camp, former female college and former psychiatric clinic (2012, curator Carolyn Christov-Bakargiev). 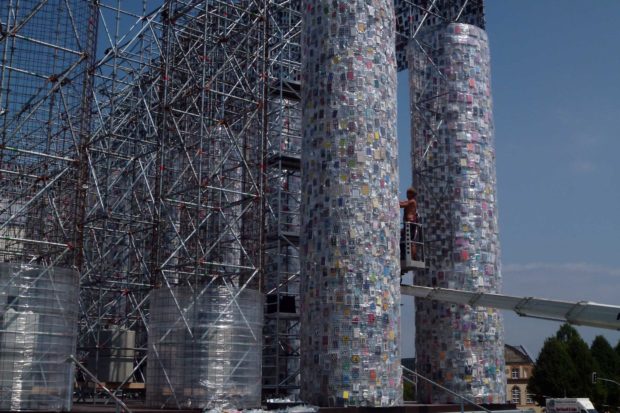 The attention placed on the location of the exhibition/artistic process, thus firmly establishing the place=meaning equation, is interwoven with the care taken in producing catalogues and all the various publications that gradually make up the diverse curatorial choices. The mythic documenta5 (1972, curator Harald Szeemann) restricted its locations to only two museums and one square, with the intention of focusing on the tools and means characteristic of artistic reflection and production – in other words, on the definition of subjectivity through artistic language. 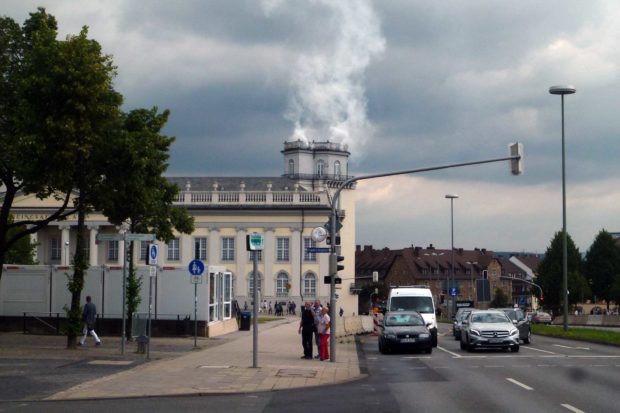 The catalogue designed by Ed Rusha, a cult editorial item, consisted of a binder holding documents filed according to concise conceptual labels. In contrast, Documenta 10 (1997, curator Catherine David) aimed for a total use of the urban space, including train tracks and rooms in the old station transformed into a cultural centre, together with the subways of the Treppenstraße and various citizen venues that jointly alluded to a ‘contemporary archaeology’ route; the catalogue doubled in size: a large Book that revisited contemporary history from World War II and turned the combination ‘utopia/reconstruction’ into the foundation for the architectural and artistic dialectic; and a slim Handbook, with an enclosed map, which visitors could take with them on their journey to discover the ‘ruins’ of modernism and the ‘strategies’ of survival provided by art. 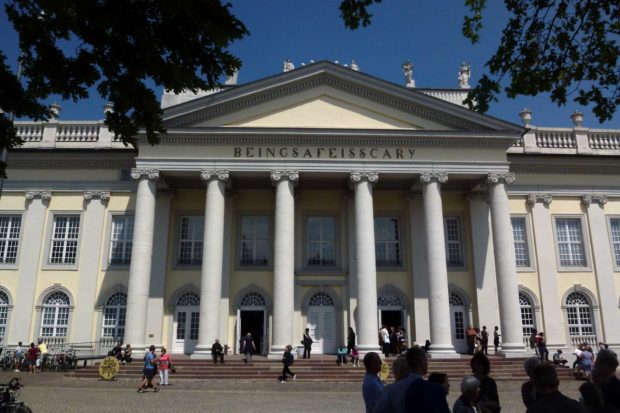 The division of Documenta 14 between Athens and Kassel, with the same artists presenting different works in the two cities, determines the incompleteness of the visit in each of the two venues, as well as the forced asymmetry between the position of the audience and that of the works: the audience is always and only in one place, whereas the works are always in at least two locations, too far away from each other to achieve an experience of constant feeling or relative perceptive continuity. This imbalance is not without consequences: besides conditioning the visitor’s assessment (they are left wondering whether on the other side things are different or say something that is not said on this side…), the other place inspires nostalgic feelings and frustration, or the unhappy effort to complete this partial landscape through imagination based only on names that fill maps, catalogues and the website that provides daily updates on what is happening on the other side.

And this strange feeling of anxiety arising out of the location, and the consequent surrender to melancholy, oppresses the visitor even in the single city of Kassel, when he/she remembers that there are, in fact, 35 documenta14 places in Kassel itself. In addition to the traditional places where Documenta is held, we now have the new Grimmwelt, the neighbouring Museum für Sepulkralkultur, the renewed Stadtmuseum Kassel, Hessisches Landesmuseum, three cinemas, a square that is often used for political events, the university, a former arms factory, the main post office’s warehouse and many more…