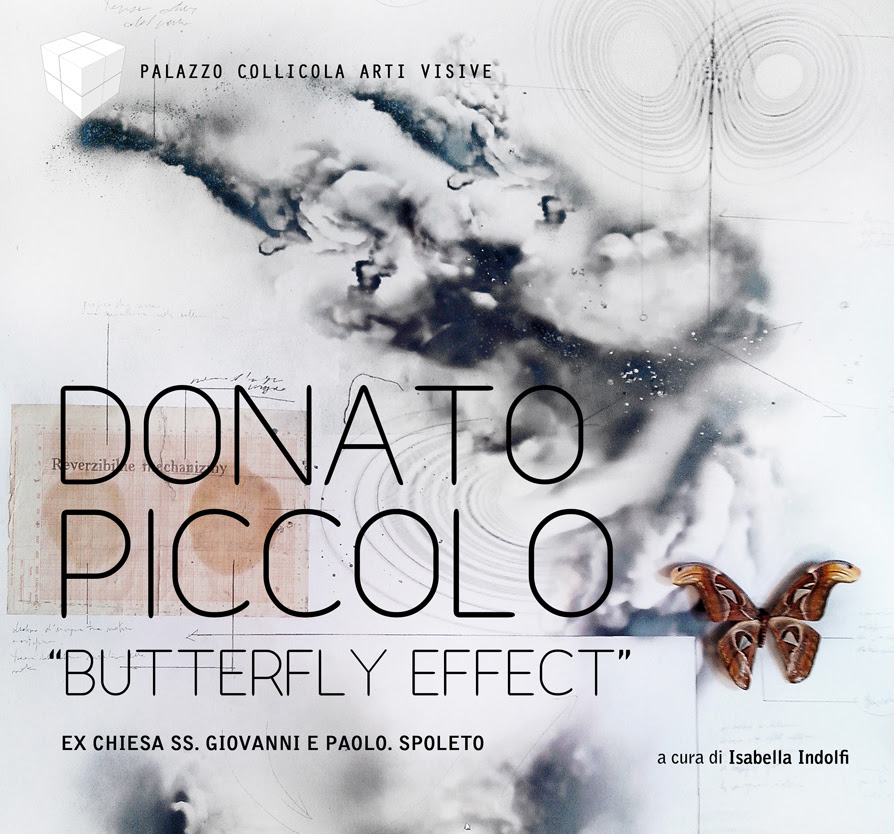 Butterfly Effect by Donato Piccolo is the third part of Opera Celibe, the series of digital art installations which since 2015 has enlivened the former church of St John and St Paul in Spoleto with an exploration of sound and memory.

Beginning with the beating of a butterfly’s wings on a drum, a modular sculpture takes shape, a kind of giant still, which penetrates the space of the former medieval church of St John and St Paul in its entirety, transporting the sound as far as the apse, until it finally fuses with the space. 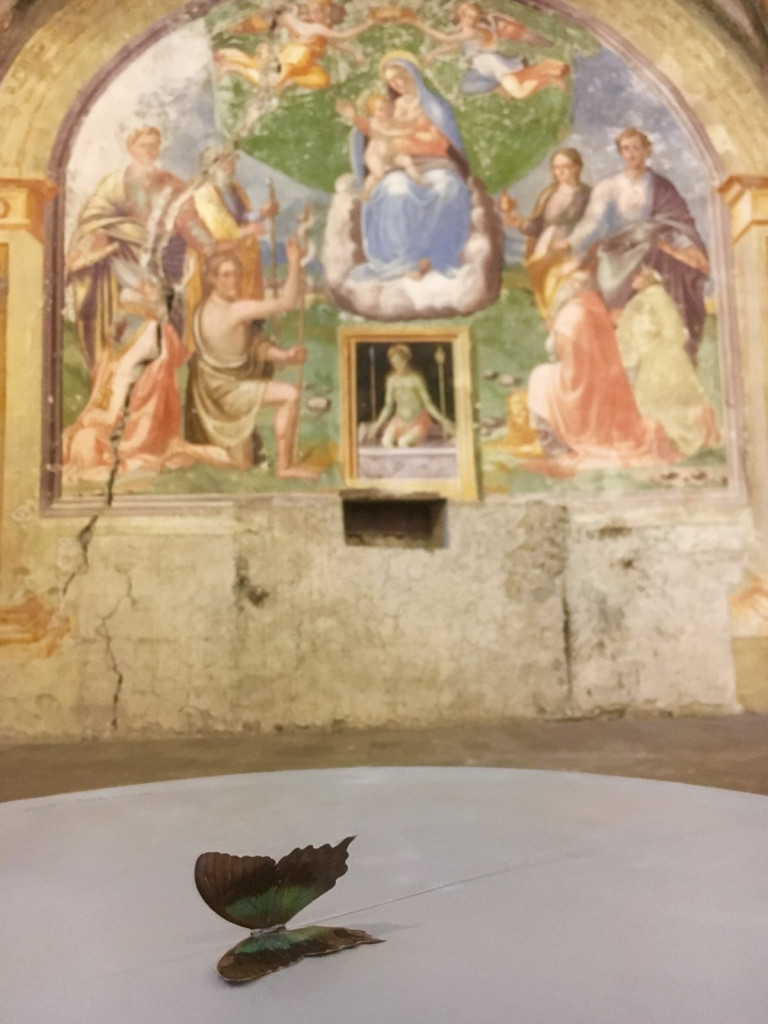 It is said that the tiny beating of a butterfly’s wing can cause a hurricane on the other side of the world. This metaphor encapsulates one of the premises of chaos theory, which explains how the smallest variation in a system can give rise to a chain of events and generate a far greater physical and emotional effect. In this sculpture by Donato Piccolo, the movement of a stuffed butterfly’s wings, artificially  brought to life by electronic impulses, produces a sound which travels the length of a tubular structure to reach the other end, where a loudspeaker cone amplifies it and broadcasts it in the space.

Here sound – which in the artist’s oeuvre has the fundamental role of activating the perceptive state, “has no aesthetic purpose, but is a mental impulse, like a spark seeking to cause an explosion”; thus in the alchemy of elements, a holistic vision of art develops, whose vital function is to explore physical processes and transmute them into states of mind. The sparks which bring Donato Piccolo’s works to life activate the mechanisms that make them move and breathe, as if they were alive and had their own spirit and will, following the laws of probability which take chaos back to its origins: inside us. 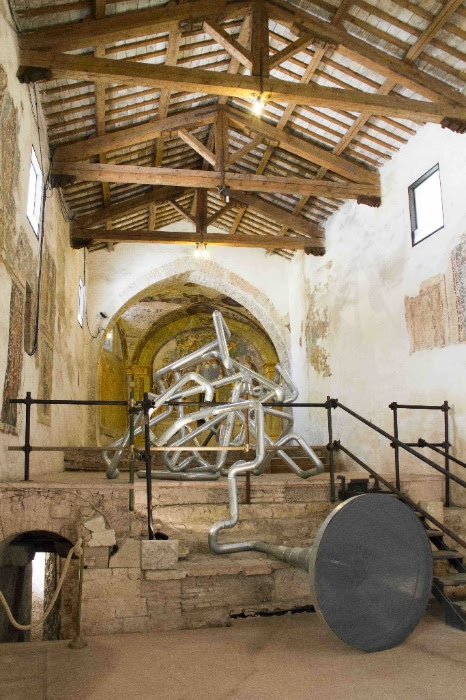 And so, the machines which, from Duchamp onwards, became bachelors for their inability to marry the functional order imposed on things, now respond solely to the creative impulse of the artist, placing themselves at the imaginary border between art and science, sculpture and machine, form and process. (from the Italian press release)

Critical Grounds #6. Portrait of a critical practice. In conversation with Douglas Crimp

Critical Grounds #6. Portrait of a critical practice. In conversation with Douglas Crimp