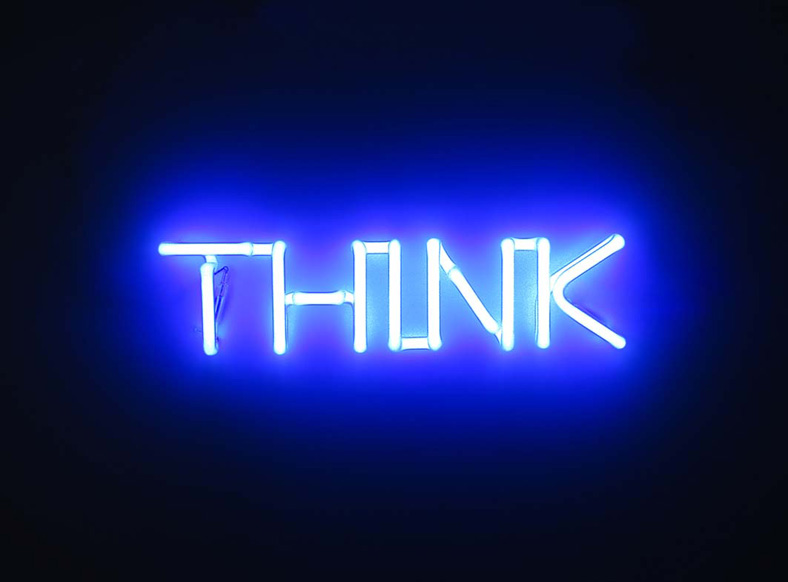 When multiples are taken as direct tools for communication, in serial multiplication word and light achieve the expression of a clear essence, a comprehensive vision. In Maurizio Nannucci’s work, synthetic practice, as used in his artistic research, dates back to the 1960s, a period which generated multifarious creative resources, reclaiming the semantic and sign polarity of Fluxus and the conceptual movement in an attempt to redefine and widen opportunities for exploration and analysis.

With his multiples, the artist displays his interest in expression and action through other mediums too: from poetry and artists’ books to manifestos and audiovisuals. In seriality Nannucci locates the broad margin of personalisation in the relationship between different forms of expression, where the word often takes the lead in multiplicity and is also used as an absolute – despite its serial dimension – in austere affirmation. From works in neon – whose light submerges observed attention to the expressive given – to visual and sound poetry, communication becomes assertive and limitless. 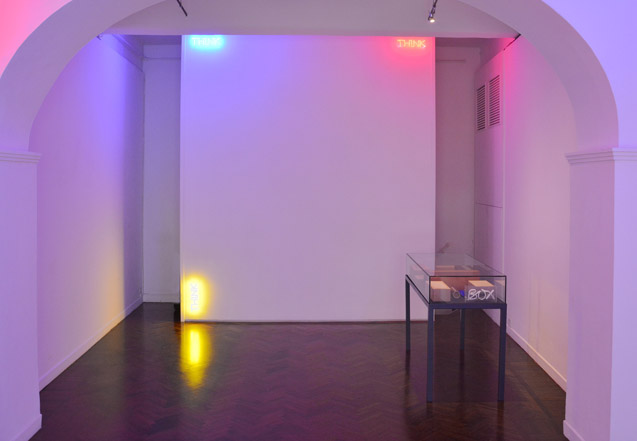 In the show Think / Neon Multiples at the Colli independent art gallery in Rome (an exhibition and editorial research space), the dialectic dimension, expressed in the relationship between space and art, is corroborated by the minimalism of the venue, where the neon works inhabit the gallery in an accordance and equilibrium of emptiness and fullness; and also by the written word and its light in its asymmetrical or linear arrangement. Numerous classic and more recent works relate with the space in an absolute atmosphere: from Box (1969) to THINK, created specifically for the exhibition in 21 versions, colour and light compose a text which signals time and place. In a spare display setting, the walls of the gallery become a support for identity in their relationship with the illuminated works. Quasi infinito, Listen to your eyes, Look and others are placed to lead to a different vision, disrupting the usual positioning and leaving plenty of room for the eye to be directed at a corner or to the top or bottom of a wall. 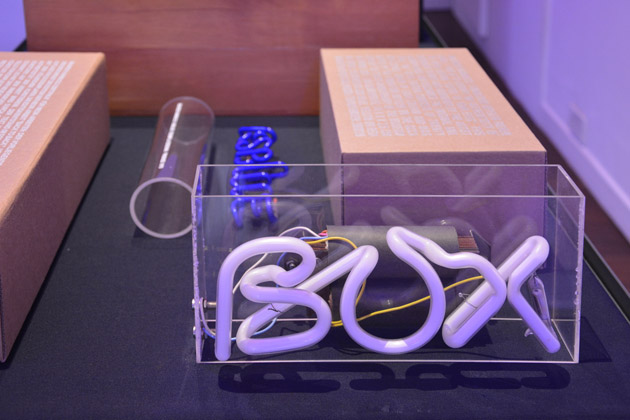 Unadorned statements – words or phrases – affirm ideas as conditions for a collective reception of universal value: unique and total suggestions. The communicative interest is also expressed in the multiple works placed in the display case or in the volume of Maurizio Nannucci’s complete works, from 1967 to the present day (published by Viaindustriae and the Colli publishing platform); the expression of another type of communication which crosses the same conceptual line joining word with light through their symbolic and signifying dimension, in visual relevance. 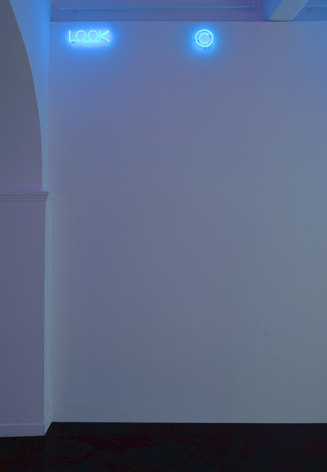 Because it is true that art is a language and today, thanks to the use of technology, its communicative potential is extended in the immediate rendering of an illuminated neon tube or a written exhortation planted in a habitat, made absolute by the incisiveness of the work and its  bijective relationship with the space.

In this way, neon assigns intense and globalising clarity to the desire to communicate, with the artist’s consciousness that the technical medium, expressed in multiple form, moves from a gaseous device to become an element that solidifies semantic content.