The Milanese venues Wunderkammern presents the work by Doze Green (1964, New York City), among the pioneers of the Graffiti and Urban Art movements. Born and raised in the Upper West Side of Manhattan, the artist has his roots in the culture developed in the Bronx of the ‘70s: hip hop. Not only the music, but mostly the artistic disciplines of graffiti writing and break dancing.

From the graffiti created in the urban environment his work has later evolved to fine art and public commissions, leading him to exhibit in important galleries all over the world. Versatile and interested in experimenting, Doze Green uses different techniques and materials such as acrylics, gesso and ink on canvas, paper and wood. His style is unique and easily recognisable, a combination of different influences and inspirations: writing, Japanese calligraphy, graphics, Cubism. 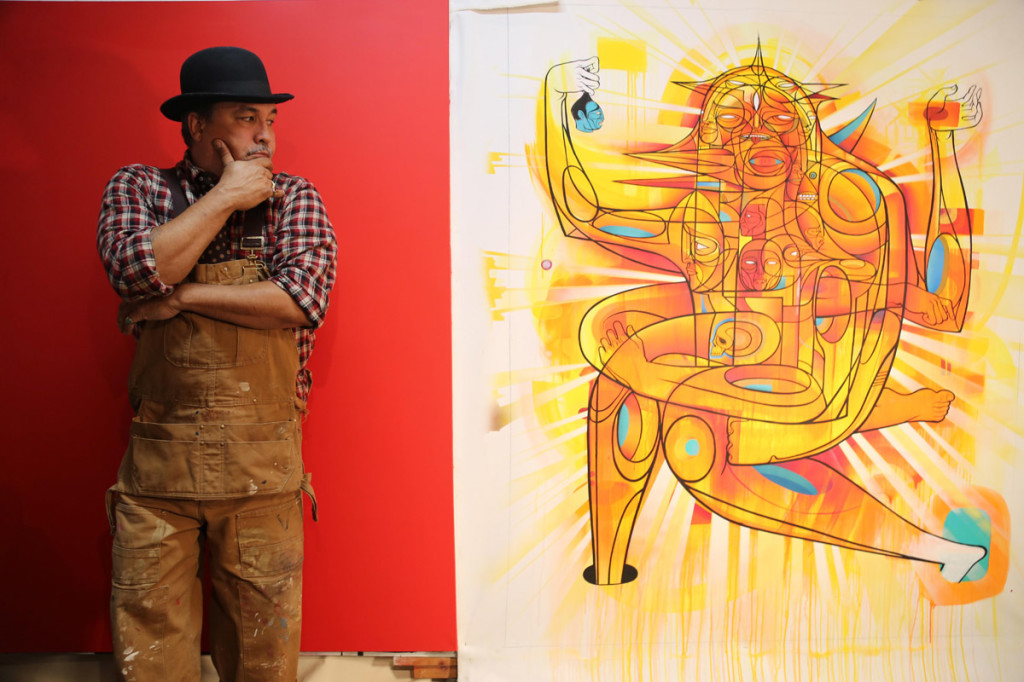 Doze Green’s production is linked to the idea of art as a mirror of humanity, its condition, experiences and emotions. Complex characters in evolution emerge from the artist’s works, defined by clear and sinuous lines and by chromatic variations. These “biological entities”, as the artist calls them, are endless and variable representations of humanity’s past, present and future. 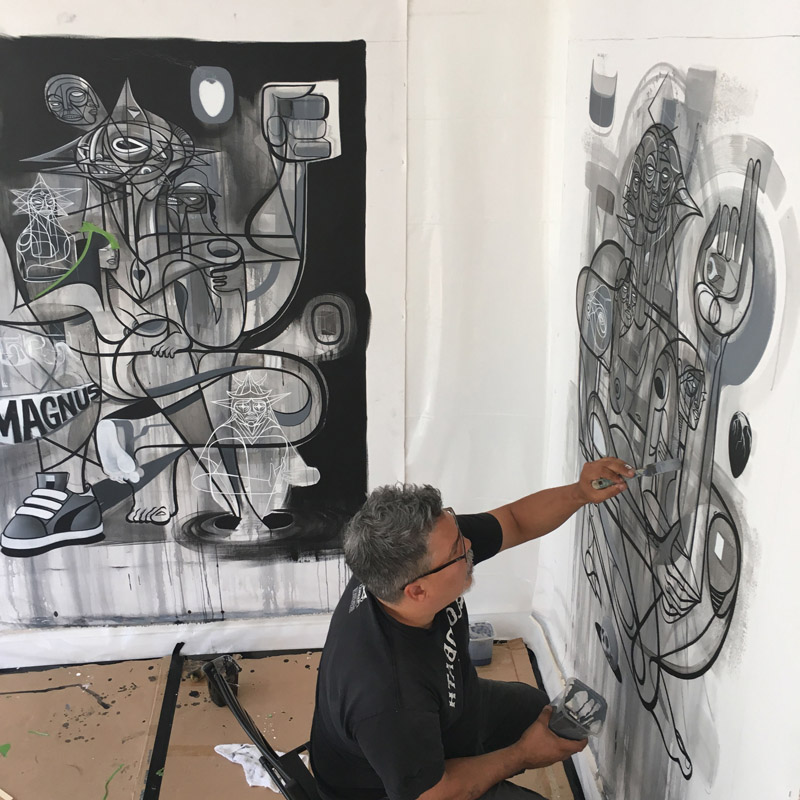 Fascinated by metaphysical concepts and the world of magic and irrational, Doze Green explores the human soul integrating in his artworks occult symbols, sacred geometry, myths and gods of ancient societies. In front of his pieces, the observer starts an intimate and imaginative journey, in a constant fluctuation of memories, suggestions and futuristic visions. In particular, the artist’s reflections on the concepts of space and time and on immortality are connected to the themes explored in the solo show Limbo.

Limbo investigates the idea of wait, indefiniteness and transition in relation to human life, from its daily and material actions to our spiritual essence. The solo show at Wunderkammern will present new  works, mainly monochromatic and bi-chromatic ones, created with mixed media on canvas and paper. (from the press release)