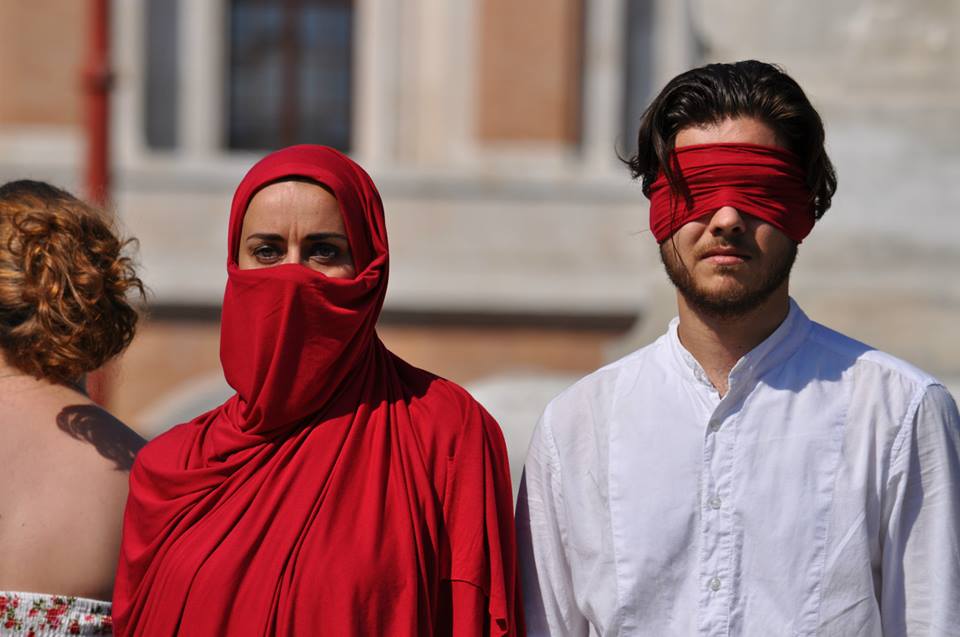 On October 10 the MARCA Museum in Catanzaro presented  Duplice-Mente … De-Costruire, curated by Simona Caramia in collaboration with Denise Melfi under the sponsorship of the Catanzaro Academy of Fine Arts, the Rocco Guglielmo Foundation and the Province of Catanzaro. Duplice-Mente … De-Costruire depicted the video work by renewed international artists such as Bianco-Valente, Coniglioviola, Con.Tatto, CORPICRUDI, Mocellin-Pellegrini, movimentomilc, to reflect upon the possibility of applying the concept of Derridean deconstruction to contemporary art beginning with the targeted selection of several artists who have chosen deconstruction as their confirmed aesthetic choice. 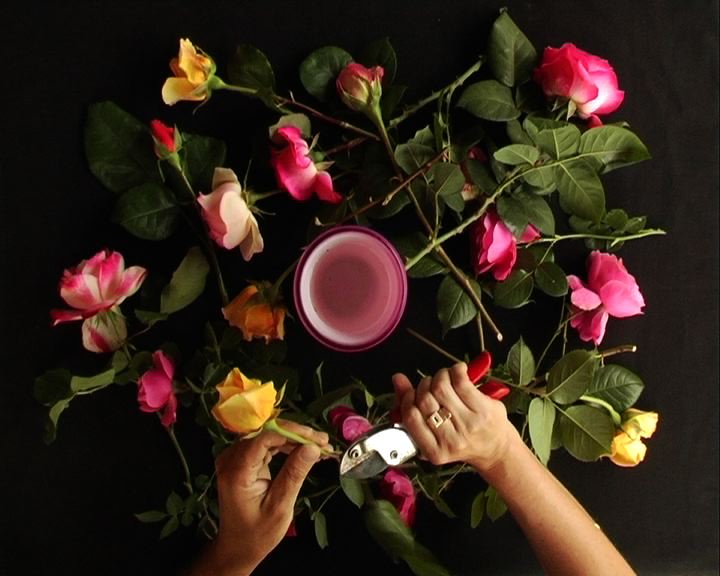 First and foremost, the technological medium designs that spatial-temporal deconstruction in the very perception of a work due also to the fact that electronic art (by virtue of its expressive and communicative potential) is employed. This approach had already been envisioned by the historical Avant-garde movements. 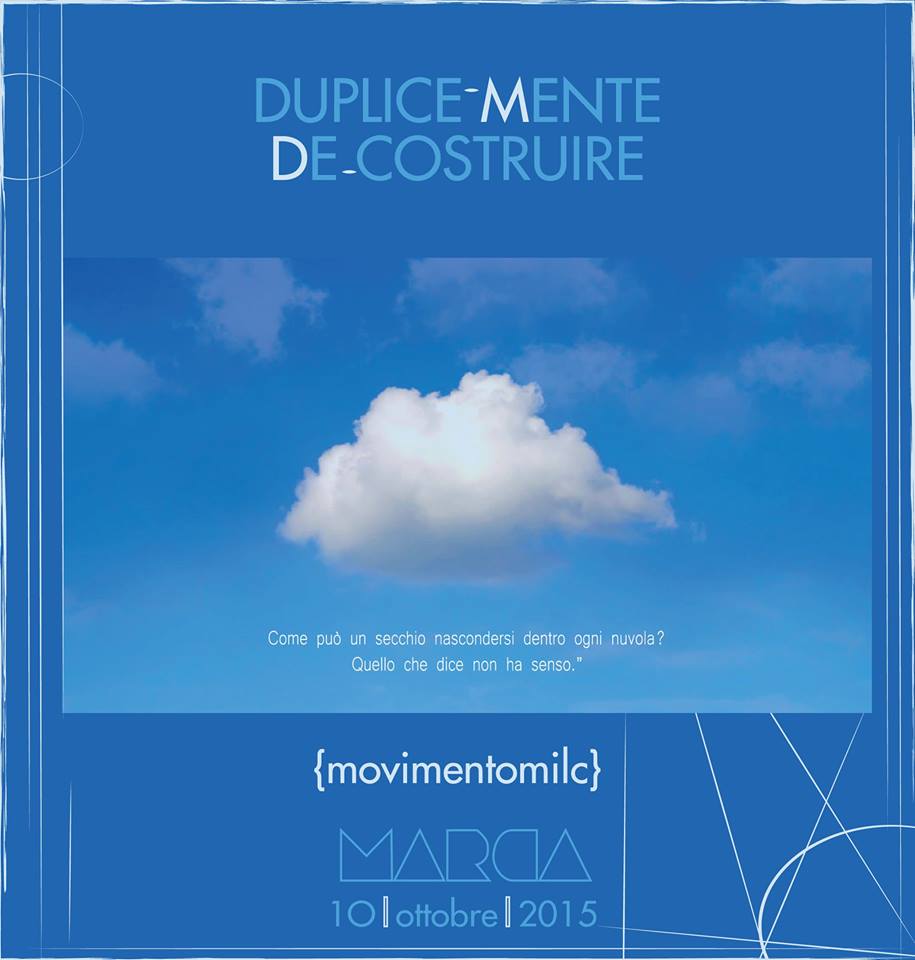 By extension, this video review explored artistic duos whose work is the result of a dialectic reciprocation that feeds upon a continuous dialogue and exchange of ideas which gives rise to an unequivocal thought. The result is the ability to overcome the division of a «dual-mind» and move in the direction of a uniform research. Therefore, an authentic Derridean deconstruction (which infallibly indicates something already initiated) tends – and leads – to the implicit construction of the other.

The exercise of deconstruction, which should not be interpreted solely as a hermeneutical method or subjective approach to the real, appears in total clarity as:

The invention of the other is not opposed to that of the same, its difference beckons toward another coming about, toward this other invention of which we dream, the invention of the entirely other, the one that allows the coming of a still unanticipatable alterity, and for which no horizon of expectation as yet seems ready, in place, available. Yet it is necessary to prepare for it; to allow the coming of the entirely other, passivity, a certain kind of resigned passivity for which everything comes down to the same, is not suitable. […]

For this other is thenceforth neither subject nor object, neither a self nor a consciousness nor an unconscious. To get ready for this coming of the other is what can be called deconstruction. It deconstructs precisely this double genitive. To invent would then be to “know” how to say “come” and to answer the “come” of the other.

Thus, deconstruction is to prepare oneself for the event: the event of the other and the other as an event.

Deconstruction is inventive or it is nothing at all; it does not settle for methodological procedures, it opens a passageway, it marches ahead and marks a trail […] Its step (demarche) involves an affirmation, this latter being linked to the coming-the venire – in event, advent, invention. But it can only make it by deconstructing a conceptual and institutional structure of invention that neutralizes by putting the stamp of reason on some aspect of invention, of inventive power: as if it were necessary, over and beyond a certain traditional status of invent, to reinvent the future. […]

The deconstruction I am referring to invents and affirms, it allows the other to come only within the measure with which it is not only performative but continues to perturb the conditions of the performative and that which distinguishes it from the constative […] since this is the only preoccupation it bears: letting the adventure of event of the entirely other come. (Jacques Derrida, Psyché) 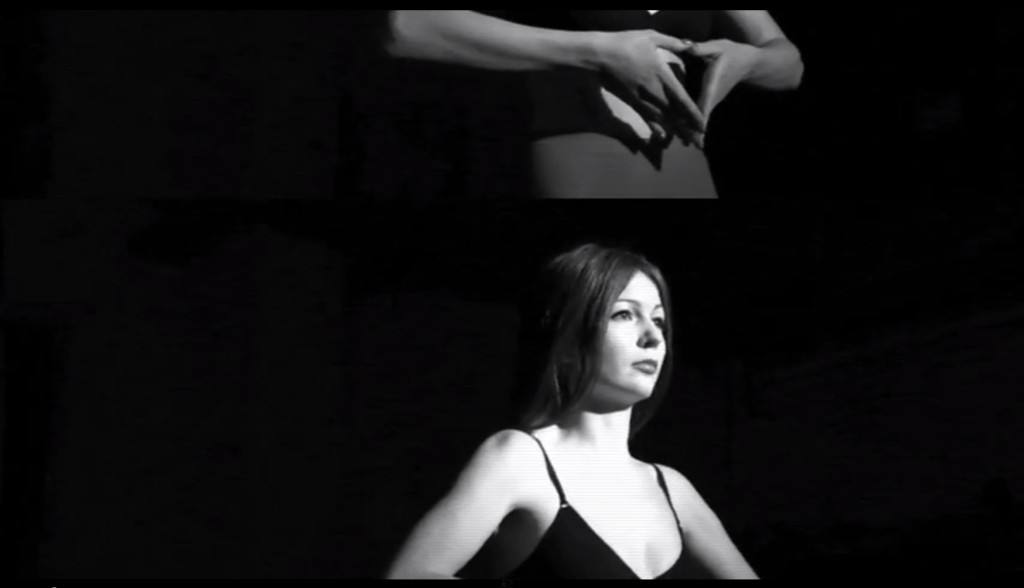 Another trait d’union of the video review was that of breaking away from the image we have of ourselves and others once and for all in order to re-discover or even create a different one that nestles and expands in each fragment, to quote Pirri; to reflect – in a dual manner – upon the image and presence of oneself and the other, that are deconstructed when their importance is redefined. However, in this redefinition, neither the image (which is to be interpreted as the opposite of presence by virtue of the fact that there exists a mental-ideal prejudice we have against others) nor the presence disappears. They can only be reformulated under the careful inspection of the praxis which is later explicated in a relational key that is empirical and exclusively artistic. Since deconstruction is also a listening strategy, not primarily guided by our sight but by a sharpened ear, the review was further characterized by its acoustic climax: from silence to mellifluous sounds that are barely perceptible to rock and even electronic music with the live performance by SKG. (from the press release)