At Gallery Montoro 12 in Brussels, the new solo exhibition by Alessandro Brighetti leads visitors into a world made up of self-sufficient devices that remind us of human beings and their bodies, the bioethic and cultural structure of the social organism. The CUT, in fact, is articulated through a series of works (there are approximately twenty, of various sizes) in dialogue with each other, which are presented as unitary entities, monads in a story where everything becomes a symptom of a post-organic, mechanical and industrial plasticity. «My research», states the artist, «concentrates on available and less conventional energy, at least that which does not take into account the production of electricity – energy that is, therefore, cleaner and more universally available». 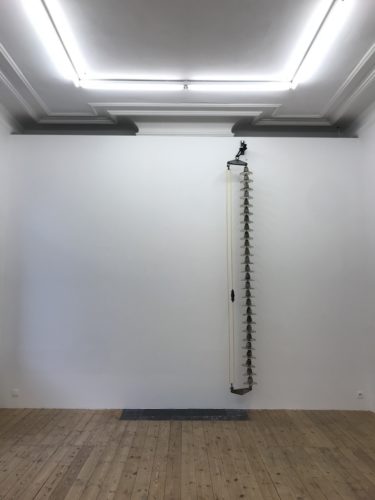 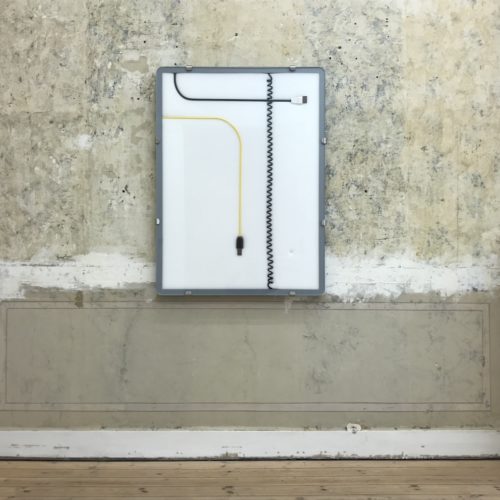 «The research outcome started during a residency at the Mana Contemporary in New York (2016-2017), with the sculpture production» in question «focusing on» several objects which become for the artist «metonyms and symbols of global energy bulimia». Tensione (2017), 1.200 A (2017), Extension (2018), Pattern (2018) and 2 drammi (2018) are all closed and complex mechanisms (varied escape routes from a capitalist model) where electrical conduction gives way to a mental condition, a psychic trend that reinvents the electropath by transferring creative and tautologic autonomy to the object. 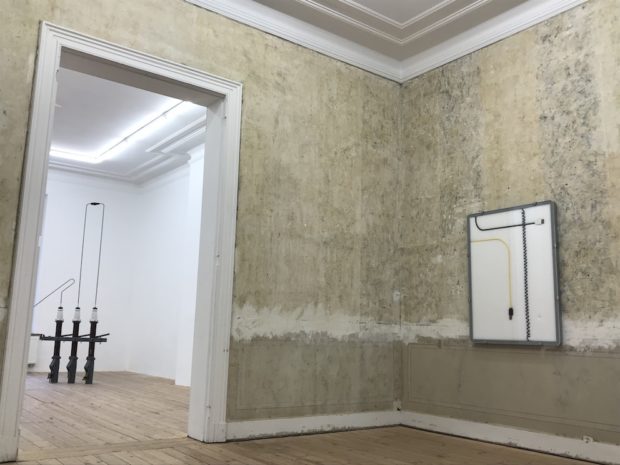 The CUT is an exhibition consisting of… just that, cuts: cuts understood as suspensions, connections designed around principles of Gestaltpsychologie – that of “proximity” and “good continuity” –introducing spectators to a flux where everything is self-produced, within an imaginary boundary where everything is self-sustaining, almost creating a sustainability that looks into the future: a perfect or perfectible equilibrium.