Eduardo Kac: From Minitel to NFT

For many years, the work of Eduardo Kac – artist and theorist, pioneer of telecommunication art from the pre-web era, digital art, holopoetry and bio-art – was identified with Alba, the GFP Bunny (2000) that turned fluorescent when exposed to a particular blue light as the result of a protein transferred from jellyfish. The project was a reflection on transgenic reality, which is as pervasive as it is invisible to consciousness, and the acceptance of diversity in society.

At the time of his work his body of research already counted a consistent number of experimentations and theories rooted in the interest for language in all its forms, ranging from poetry to tele-presence, from communication between species to genetic language (from which the term transgenic art that he coined originates). Kac then projected his research and attention into space with the pioneering manifesto Space Poetry (2007), later updated with Inner Telescope, a work released into weightlessness in collaboration with a French astronaut at the International Space Station. Recently (February 2022), Adsum (from the Latin Here I am) arrived at the International Space Station from Virginia on the Antares 230+ rocket. This is a small cubic sculpture where internal laser-etched letters compose a space poem that can be read from any direction. 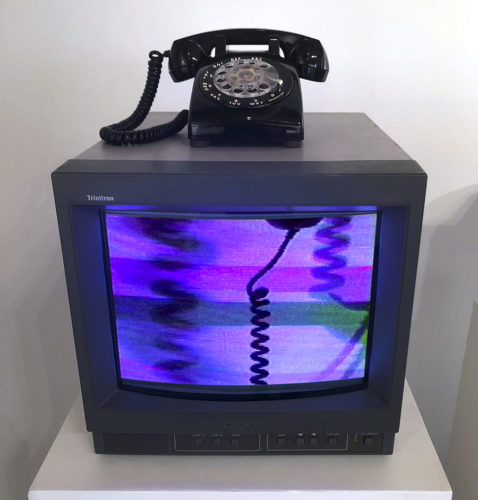 In recent years, institutions have taken an interest in the works Kac carried out at the turn of the 1980s. Reabracadabra (1985), part of a series of visual poems made for and with Minitel – a French video text service no longer in use – is now part of the MoMA collection and that of the Tate in London, just two mention two of important acquisitions in the last years. This has made it possible to relocate GFP Bunny on its path from the first telecommunication to space artworks.

Now, an exhibition at the Henrique Faria Fine Art gallery in New York celebrates Kac’s pionieristic works carried our from the 1980s. 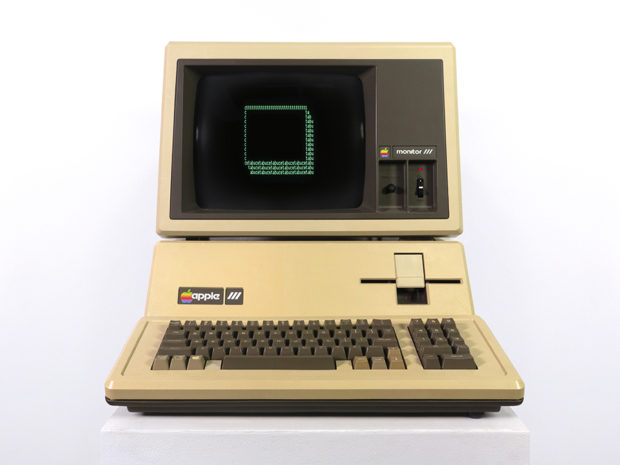 On show, Geometria do Êxtase, part of a series of ASCII works from the 1980s, originally written in Basic. An invisible light orbits a cube where a poem appears on one of its sides. The light sculpts verbal shadows that can be seen when turned clockwise.

Conversation investigates the image formation process by means of Slow-Scan TV, the first videophone model that allowed the transmission/reception of sequential images over telephone lines by taking eight to twelve seconds for the image to be transmitted.

From the series ‘Lagoglyphs’ (2009-ongoing), inspired by the GFP Bunny to explore a very personal pictographic language, formalised in a variety of media (prints, murals, sculptures, paintings and generative animations), Lagoogleglyphs are on display. These are space artworks that inscribe lagoglyph  works into the environment, then captured by Google Earth satellite eye; they can be directly viewed online given the geographic coordinates, and they can also be experience through videos recorded through Google Earth Pro, focusing on the work first from the perspective of space to Earth and then retreating from Earth back to the satellite view. These works all challenge visual perception revealing language and communication as active agents for shaping reality.