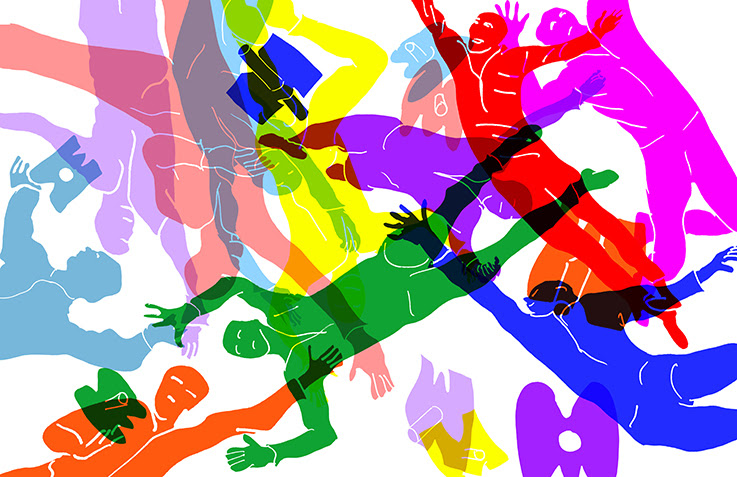 On November 17, 2016, the Soyuz-FG rocket was launched from the Baikonur Cosmodrome in Kazakhstan, taking the French astronaut Thomas Pesquet to the International Space Station (ISS). The astronaut’s mission is entitled “Proxima” and is coordinated by the European Space Agency (ESA). Kac’s project is coordinated by the L’Observatoire de l’Espace, the art-science lab of the French Space Agency. The astronaut will realize the work Inner Telescope by the artist Eduardo Kac, specifically created for zero gravity.

The work will be fabricated from materials found in the space station. It consists of a form that has neither top nor bottom, neither front nor back. Viewed from a certain angle, the form reveals the word “moi” [“I”, in French]; from another point of view we see a human figure with the cut umbilical cord. This “moi” is the collective self, evoking humanity, and the umbilical cord cut represents our liberation from gravitational limits.

Since the 80s, Eduardo Kac has been theorizing an art and a poetry that surpass the limits of gravity, having already worked directly with satellites in the creation of other artworks. Now, in 2016, Kac finally realizes the dream he has pursued for more than 30 years: the creation, production and experience of a work directly in outer space. 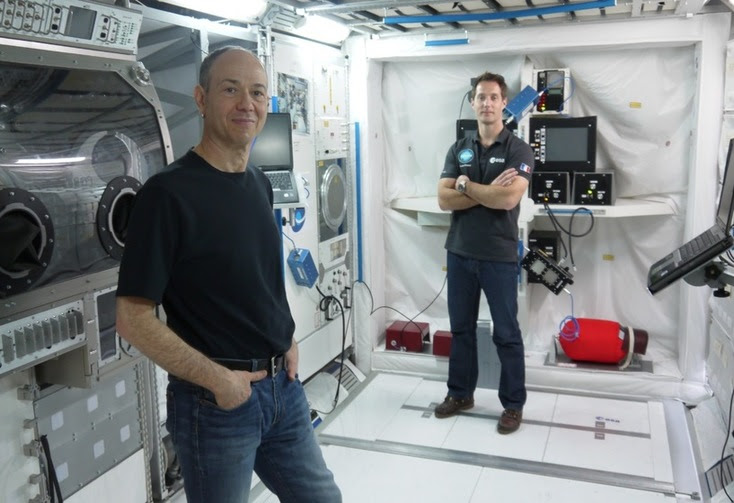 Inner Telescope is an instrument of observation and poetic reflection, which leads us to rethink our relationship with the world and our position in the universe. Télescope interieur combines a number of Kac’s ongoing preoccupations. These include his longtime interest in the visual and kinesthetic aspects of poetry. Here, floating freely in space, this poem addresses both earthbound and celestial audiences. As such, it draws on the artist’s works that facilitate communication between species and between organic and inorganic life forms. It also follows his previous works transmitted to outer space that attempt to communicate with extra terrestrial beings. And in its escape from narrowly prescribed frames of reference, the work advances Kac’s dream of a networked reality where mutuality replaces relationships of hierarchy and power. Télescope interieur thus expresses a utopian vision that points beyond the apocalyptic mindsets that currently constrain our thinking. Instead, it offers the hopeful vision of an expansive future made possible by a reconditioned human race.” (text by Eleanor Heartney)