Austrian artist and New York City resident Erwin Redl introduces interesting questions regarding the post-digital experience (between art, architecture and neurology) and if his architectural installations are authentic synesthetic spatial experiences. Besides having presented his work in prestigious public institutions – as was the case for the 2002 Whitney Biennial  – his work has become equated with the urban landscape of many cities in Europe and the United States. His Passing Through Light is a light installation created for an underpass in the city of Charlotte, North Carolina.  Outside of the European Community, his Meandering animates an eight-story public stairwell in the ultra-modern city of Istanbul, a permanent commission of the Borusan Contemporary Museum.

These works of his all revolve around the exploration of «reverse engineering», which he has been committed to since 1997. «Reverse engineering» is a «method of reprogramming software from a rival industry without knowing the programme’s original code». In artistic terms, this means he re-translates the abstract aesthetic language of virtual reality and 3D computer modelling back into interactive environments by means of large scale light installations to the point that they are an integral part of immersive environments. Redl states that «In this body of work, space is experienced as a second skin, our social skin, which is transformed through my artistic intervention». Participation, which in this case is expressed in its perceptive aspect with the body’s total involvement, is fundamental for the completion of the work’s meaning. 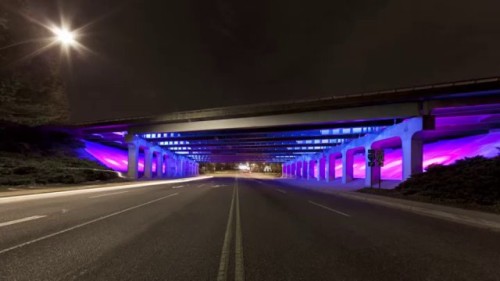 The exhibits currently on display at New York’s Biforms Gallery and Wood Street Galleries in Pittsburgh are new opportunities to work on minimal kinetic installations to delve even deeper into his exploration of «reverse engineering» on a different scale. The four groups of kinetic sculptures featured in Levitate created for the In Motion exhibition at the Bitforms Gallery experiment with the ephemeral forces of light, wind and gravity on objects. A computer  controls the activation of fans placed at the bottom of thirty-one iron tubes which cause ping pong balls to levitate at different times thus creating spatial choreography that reconfigure in a perception which is completely musical. Twists and Turns was created for Wood Street Galleries and distorts space with the de-materialisation of the room’s architecture through patterns of light reflected onto hanging glass plates.

Redl’s rhythmic attention to every detail suggests a possible musical interpretation of his work, in rhythm and motion but also in the spatial rhythm that the works capture and empathetically accentuate. It comes as no surprise that when we examine the artist’s biography, we find that his early studies in Vienna were dedicated to musical composition while his passion for computers led him to the electronic genre of music. Given his attention to neuronal and synesthetic experiences, it also should come as no surprise that Redl’s work is scheduled to be featured at the New York Police Academy and an upcoming commission has been requested for the Neuroscience Institute at Wright State University in Dayton, Ohio.