“Eternal Body. Human senses as a laboratory of power, between ecological crises and transhumanism”, curated by Elena Abbiatici.

Today, the second appointment of the research “Eternal Body. Human senses as a laboratory of power, between ecological crises and transhumanism”, curated by Elena Abbiatici. This rearch has been organised thanks to the support by the Italian Council (9th Edition, 2020), program to promote Italian contemporary art in the world by the Directorate-General for Contemporary Creativity of the Italian Ministry of Culture”.

Fish, shells, molluscs, turtles, lobster, pinna nobilis and puffer fish are displayed on the fishmonger’s counter painted by Bartolomeo Passerotti[1] in 1578. It seems to smell the nauseating odour of the fresh fish counter, together with a whole series of references to the lasciviousness with which the pinna nobilis was described in European literature and to vanitas of living bodies. The seventeenth-century still life by Giuseppe Recco[2] that fill the rooms of the Capodimonte museum in Naples transship scents and smells into an olfactory synaesthesia, which by refining the sight, we clearly perceive, in a mysterious olfactory disorder.

“We –  as human beings – are excellent ‘smellers’ says Caro Verbeek, historian of olfactory art. “ The idea that we somehow lost our capacity to smell is a myth that arose in the 19th century because of scientists like Broca who found out our olfactory bulbs are smaller than in other mammals, and by Freud who deemed the sense of smell primitive and obsolete. But if we blind fold an individual and ask this person to get on all fours and follow a scent trail, this person will succeed. Furthermore we can discern trillions of smells, and even smell emotions, which are translated into chemical emanations. Words could never do that to that extend”.

For this reason, in 1960 the cinema wanted to experience the first olfactory feature film in history. Scent of Mystery promised the advent of a new frontier: the era of Smell-O-Vision. The announcements said: “First it was the movement (1895)! Then the sound (1927)! Now the smells!” 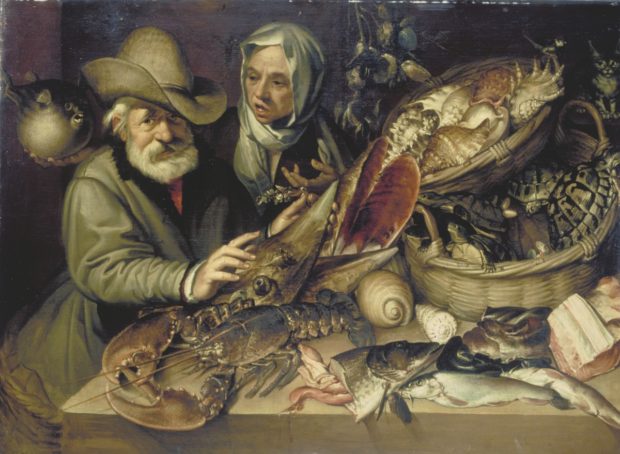 Streams of brandy, coffee, fish were spread in the cinema for the screening of the film, the scenes were accompanied by smells, through a tube system, directly on the seats, following the indications of the osmologist (?) Hans Laube. The flop, however, was immediate because the technology was not sophisticated enough: some aromas were dispensed late compared to the scenes, other smells – such as baked bread, wine and fish – got people bored. Scent of Mystery[3] had  been preceded by “Aroma-Rama”, a horror film of the late 1950s accompanied by the emission of horrible smells during the main scenes, but added as an afterthought and not in the main script. 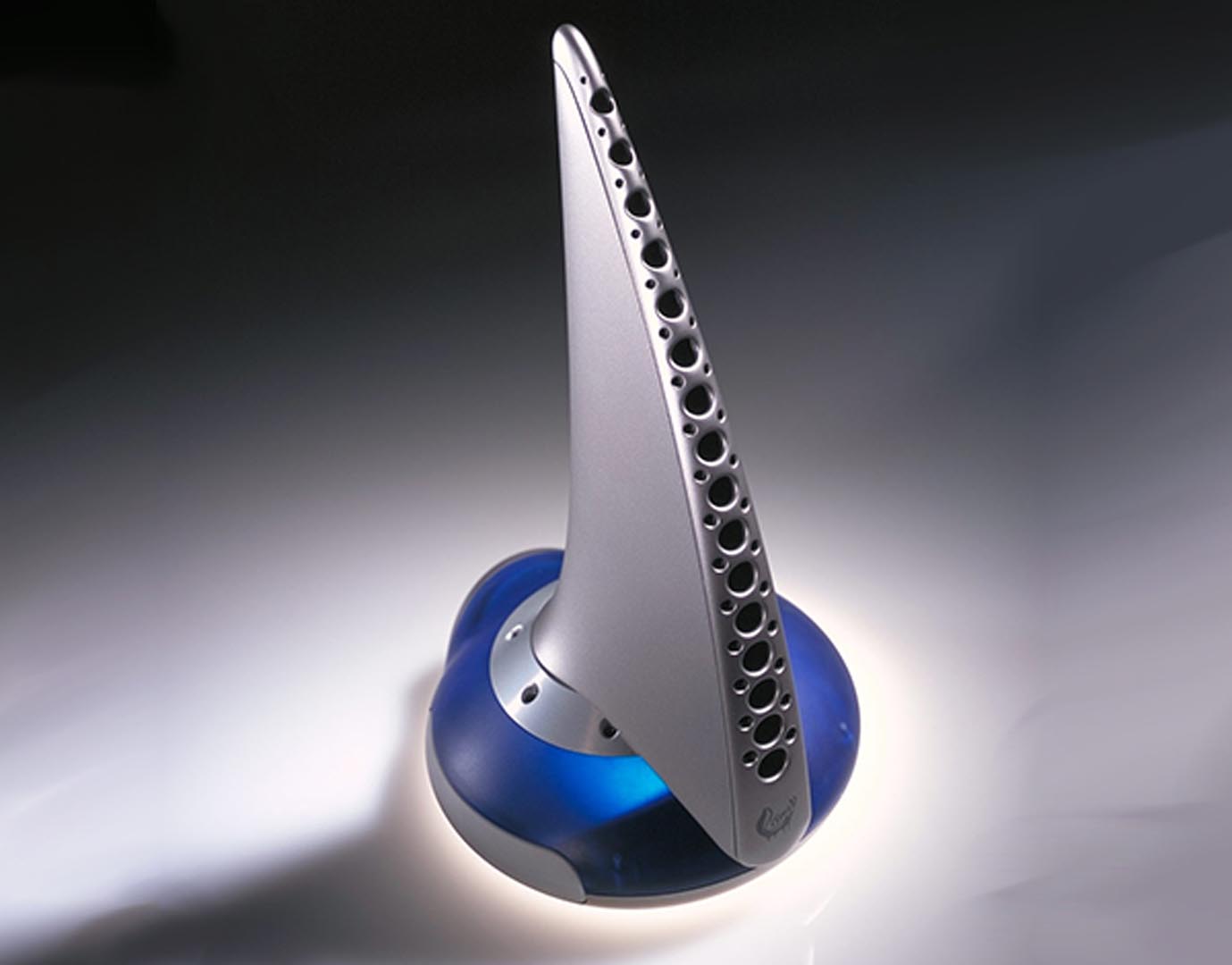 Plans to introduce Smell-O-Vision in other cinemas were of course immediately halted and it took decades to see developed a screen that transmitted smells like bits. At least until 1999, when the Californian company Digiscents licensed the first version of ISmell[4], an external device connected to a server to convert digital information into odors. Equipped with replaceable cartridges, it blended 128 essential essences for the creation of thousands of fragrances. The smells in digital files resided on the main web server and through a procedure called “ScentStream” could be downloaded to computers. At this point the ISmell device transformed the bits into odorous molecules. ISmell, as a sensory extension device, could be incorporated into video games, websites, commercials, movies and music.

However, even ISmell, similar to Smell-O-Vision, was a failure because it did not respond to any need of the users and probably because limiting the smell to a chemical response betrayed the astonishment that is generated when one is taken suddenly by a perfume.  Several subsequent experiments: in 2013 Google launched its own Google Nose, capable of recreating the smells even of distant ancient civilizations. “In the fast world we live in, we don’t always have time to smell the roses. Now with GoogleNose the roses are just a click away!”. Soon launched as fake news, denied and forgotten, the news hides an effective commitment by the American giant in view of an extraordinary and sophisticated momentum.

In an article published in Arxiv[5] in 2019, researchers from the Google Brain team explain how they are training AI (a graphical neural network) to recognize odours, based on molecular structures. The researchers created a dataset of nearly 5,000 molecules, identified by perfumers and labelled with describers – samples with specific characteristics. The team trained its AI to associate molecules with describers, and the algorithms were able to recognize the odours of the molecules based on their structures[6]. However, there are different margins of error, due to the subjectivity of perception (two people could describe the same perfume differently) or due to an illusory and deceptive molecular visualization (sometimes the molecules have the same atoms and bonds, but are arranged as mirror images and have completely different smells). However, training AI to associate specific molecules with their scents is an important first step.

Numerous research teams in electronic engineering applied to chemical, biological and environmental sciences have experimented and started the programming of various olfactory software or “electronic noses”, effective in recognizing the volatile components, which they are calibrated on. Composed of eight quartz microbalance gas sensors (QMB), coated with different metal-porphyrins, the electronic nose is a complex device capable of emulating the olfactory system of the human being and providing a unique odour imprint, allowing identification. Used in medical research, it represents an early analysis tool: the sensors show a good sensitivity towards volatile compounds present in the exhaled air, which turn out to be possible markers of lung cancer. “However, the electronic nose is not able to signal different concentrations of unpleasant odors, even in combination with each other. The mixture of different compounds very often gives a different perception. It has not yet been clarified how the chemical structure affects the perception we have and there is no receptor for every odorous compound. We have 130 receptors for billions of smells. Each olfactory sensor senses more molecules” state Corrado di Natale, professor of Electronic Engineering, and Roberto Paolesse, professor of Chemistry, at Tor Vergata University of Rome, co-founders of the SensorsGroup[7] of Tor Vergata.” Another difficulty is being able to create a scale of the nature of smells, because perception is subjective, so much from a legislative point of view we only refer to intensity”.

Robotics and AI in the upcoming years will be enriched more and more, until gradually replacing current role of the surgeon. AI could upset medicine in a few decades: the data collected on numerous pathologies will lead to the recognition and definition of the diagnosis in a shorter and efficient time [8].

With the enhancement of Artificial Intelligence, researchers in the field of visual arts have also experimented with different application of AI in the olfactory world.

Artist Alexandra Daisy Ginsberg[9] and a scientific team used machine learning to recreate the smell of an extinct flower like many other flowers due to human colonization: Hibiscadelphus wilderianus. The project is the result of a multi-year collaboration between Ginkgo Bioworks (a company specializing in the creation of microbes to order), International Flavors & Fragrances Inc. (IFF), Sissel Tolaas (researcher of prolific odors and artist) and Dr. Alexandra Daisy Ginsberg (artist and synthetic biology researcher).

Is it possible to capture an ancient flower buried in the Arctic permafrost and recreate its scent, with advanced DNA sequencing and genetic synthesis?

Christina Agapakis, creative director of Ginkgo Bioworks and Dawn Thompson, former head of next generation sequencing, at Harvard Herbaria University (HUH), found twenty rare specimens of extinct flowers, and were able to take the DNA of fourteen ones, including Hibiscadelphus wilderianus. Despite the degradation of the samples over time, Jue Wang, a computational biologist who worked for Ginkgo Bioworks, used a DNA printer to physically shape her digital creations. The molecules were left to ferment with the yeast and, finally, the preparation – the recreated flower – was analyzed with an electronic nose using mass spectrometry, an analytical technique applicable to unknown substances. Resurrecting the Sublime shows in all its eloquence the sublime generated by the development of artificial intelligence in the world of biology, that is, the possibility of giving the world back to the world. Upon entering the installation, the viewer inhales a perfume that knows past and future and creates a temporal and perceptual offset. The time of creation has changed. “Who we are?” Where do we come from, where do we go? ”. The creative power reshapes itself every day, destroying the old and making resurrect the past as if he were a phoenix. The artifice has no longer any limits and places an ethical question: Do we have the right to recreate and smell again the same natural world heritage, which we have helped to extinguish?

The olfactory has clearly become marketing territory: the French team MYRISSI[10] in 2017 launched an intelligent sensory translator on the market, through its technology called E-COs (emotions, colors, smells). By combining artificial intelligence and behavioral analysis, this tool works on the articulation of smells, colors and emotions as a marketing strategy. E-COs technology allows the client to enter information such as promotional images or the type of emotions to be pursued, or allows to start from the final product – such as a perfume – to refine the marketing strategy. The software analyzes these data and suggests olfactory or aromatic directions to better reach the target, based on two databases of odors-colors and emotions made with over 25,000 tests. The first database foresees the chromatic correspondence of any odor. The second is an affective database containing 64 different moods. What results it seems to be a fake-expressionist operation: colours and scents obtained through the commercial translation of the emotion to be reached.

The fire of Prometheus becomes more and more artificial; the real setback will be the complete succession of man to techné, dominator of data and markets. Heidegger in an interview with the director of Der Spiegel in 1966 wrote: “Everything works, this is disturbing, that everything works and that functioning pushes further towards further functioning. And that technology tears and uproots man more and more from the Earth. I have been scared ever since I saw the photographs of the man taken from the Moon. The eradication of man has already been done; all that remains is a purely technical condition.”

Technique is the master trend of our calculating world. It dominates the health, financial, military, educational, political system; it cooperates in the human pursuit of divine omnipotence. What was once a utopia, immortality, is becoming an illusory substantial reality.