WE LOST THE SEA by Federica Di Carlo, at the Arsenale Marina Regia in Palermo, uses Earth’s basic elements – sea, light and the atmosphere – to recreate its living presence. Water is contained in rainwater cisterns while scattered kites go for light and the atmosphere. Without explicitly confronting climate issues and the reasons for climate change, Federica Di Carlo’s project is to be understood in a broader sense pointing to the delicate balance existing between water evaporation and precipitation from which climate is generated. In other fields too, encompassing all things from nature to man, the project uncovers different complementary parameters. 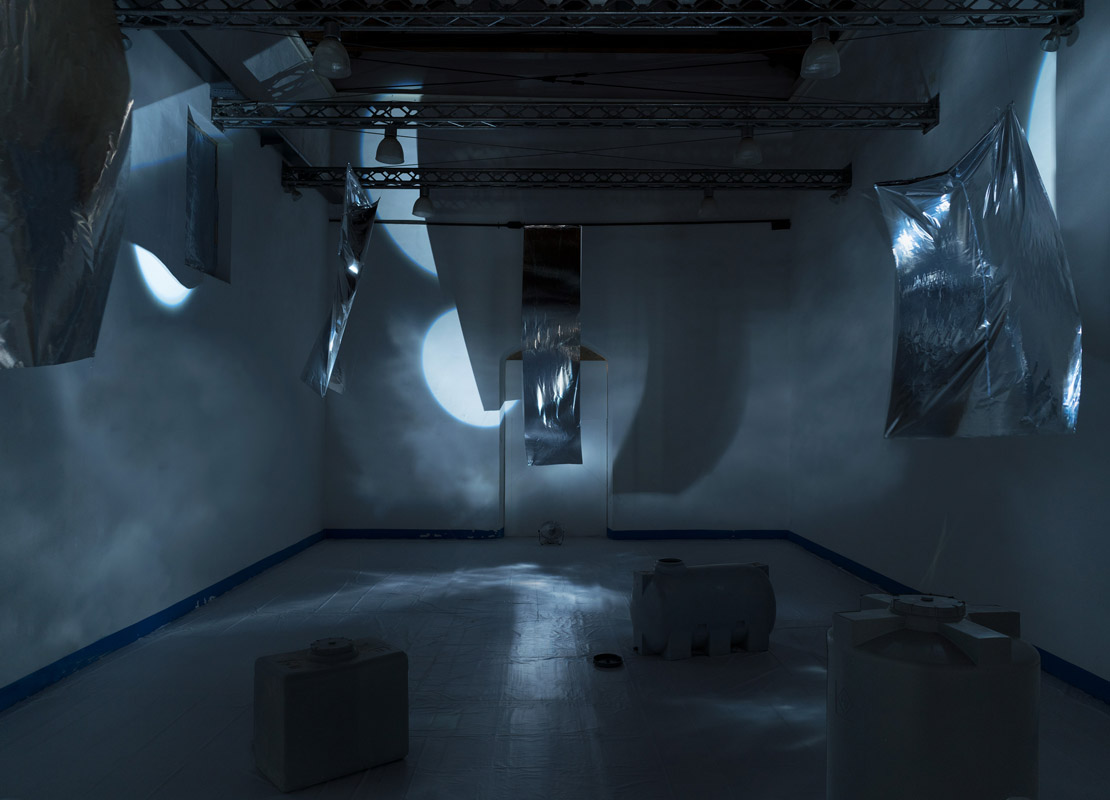 A recurring theme in her work, which now includes several years of dialogue and collaboration with science institute labs, such as MIT (Boston), CERN (Geneva) and INAF (Rome/Milan), is the attention placed on man and the way he interacts with nature’s invisible forces, manifested in liminal areas that extend to hybrid nature and the language used to create it.

A single entrance, consisting of a ten meter pier-like structure built inside the dimly lit hall of the Arsenal, leads visitors into “another world” in which large silver kites, representing wind and the atmosphere, fluctuate a few meters above ground in space, creating an environment where the reflected light is in constant movement. The Arsenal of Marina Regia is revealed as the ideal space. 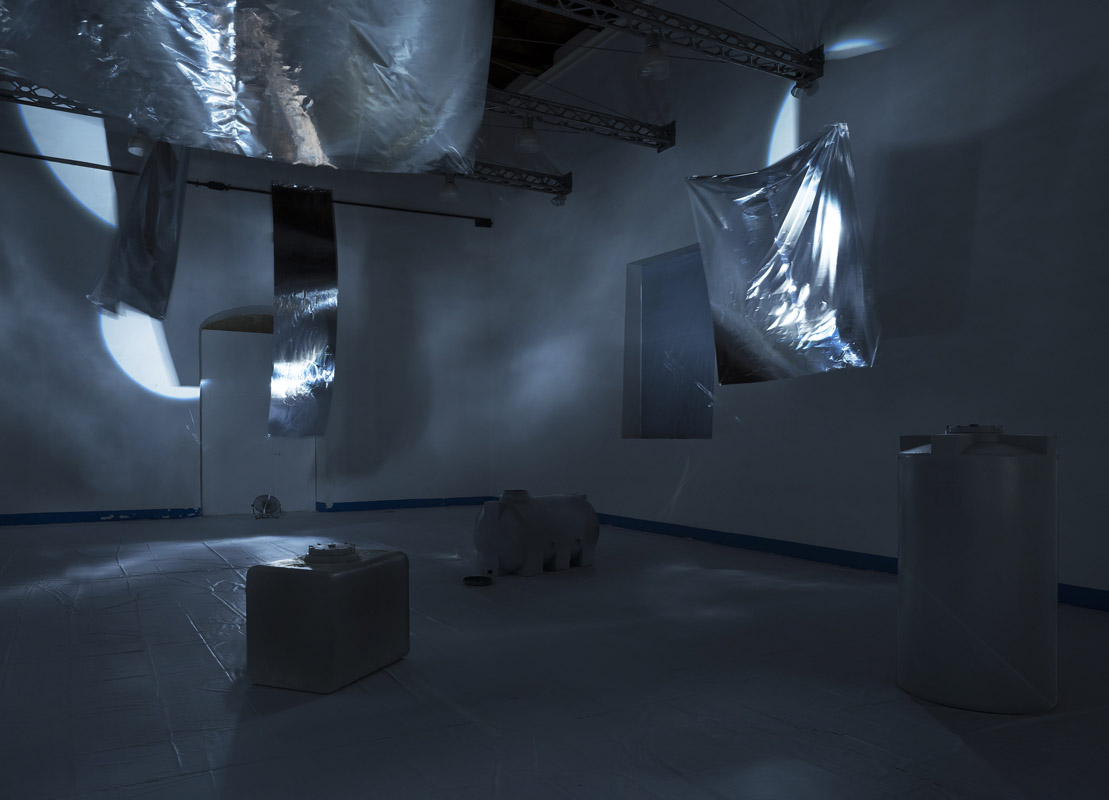 “The ‘Factory of Real Marina’, as the structure was formerly known”, explains Simona Brunetti in the text that accompanies the project, “has represented over the centuries an important crossroads for exchanges and relations between people of different origin and social status who came here to trade. A quintessential border location, under which the sea of Palermo still flows, it has become a symbol for those ‘interference areas’ and liminal territories which Federica Di Carlo’s research is centred on. As an accomplice in this ‘interference’, the sea continues its work as the great operator of energies, narratives and destinies (…)”.