The 18th Contemporary Art Festival Sesc_Videobrasil wraps up its commemorative edition, consolidating its language diversity with a poignant competitive show, acknowledging the creative potency of art from the geopolitical South, and the power of video within the realm of contemporary art, aside from originating a vital space for art and culture meetings and debate.   The 18th edition of the Contemporary Art Festival Sesc_Videobrasil ended on 2 February, following nearly three months of an action-packed program. A total of 83 activities have taken place at São Paulo, including two visual art shows, performances, meetings and Public Programs activation actions, screening of a TV program series, film debuts, and online publications and programs.

Attended by nearly 120 guests, including artists, curators and representatives from arts and culture institutions of Brazil and the world, the Festival attracted close to 40,000 visitors to the premises of Sesc Pompeia, CineSesc and Pivô, which hosted part of this edition.  On celebrating its 30th anniversary, the Festival revisited the past and its own genesis, i.e. video, in the show 3o years. It also furthered its relationship with the geopolitical South and with diversity in contemporary art in the Southern Panoramas Competitive Show, propelling into the future and strengthening the ties between artists and institutions from the areas targeted, especially the African continent and the Caribbean. 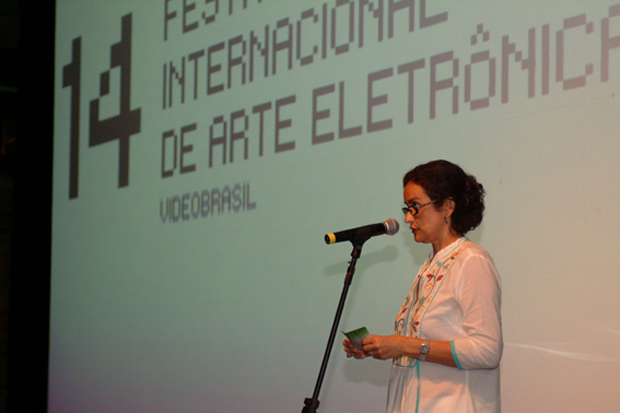 To Solange Farkas, founder and general curator of Videobrasil, issues relating to the South, which has taken center stage at the Festival since 1992, are crucial in today’s world, be it in politics, economics, or the arts. «But used to be a minor issue when we first began discussing it, and today it plays a key role within the art scene,» says Solange, to whom this area of the globe, at once heterogeneous and multifaceted, has never been more present at the Festival. «For the first time, the Southern Panoramas show has truly lived up to its moniker,» says Solange.   The 18th edition competitive show Southern Panoramas received over 2,000 artwork submissions, out of which the board of curators comprising Solange Farkas, Eduardo de Jesus, Fernando Oliva and Julia Rebouças (all of them Brazilians) culled 106 works by 94 artists from 32 countries in eight different areas of the globe: Latin America, the Caribbean, Africa, the Middle East, South and Southeast Asia, Eastern Europe, and Oceania.   This year, for the first time, the artwork was exhibited at a new, bigger and more appropriated venue at the Sesc Pompeia Sports Complex especially designed for the Festival, presenting 86 art pieces.  The movie theater CineSesc and the VB Video Library hosted the competitive show’s Video Programs, featuring 18 works divided into eight programs. The competitive show also featured two performances, among them Luiz de Abreu’s O Samba do Crioulo Doido, winner of the Grand Prize.   Via its partnership with local and international institutions, the Festival offered an additional nine artist Residency Prizes.

Apart from the grand prize to Luiz de Abreu’s performance, whose recording will become a part of the Videobrasil Collection, all of the remaining prize and honorable mention winners are video pieces. A simple coincidence? «It has been very interesting to see the Jury’s choices this year, a year in which Panoramas consolidated its embracing of different languages, spanning a very wide variety of mediums. Ultimately, however, the prizes were an acknowledgement of the place video occupies within the art scene. The most poignant issues in this edition were those raised by video works,» says Solange, who invited Cristina Tejo (Brazil), Koyo Kouoh (Cameroon), Pablo Lafuente (Spain), Rifky Effendy (Indonesia and Yolanda Wood (Cuba)  to pick the edition’s winners.   Professor and researcher Eduardo de Jesus, who curated Panoramas and the 30 Years show alongside Solange Farkas, says the videos in this edition differ greatly from those made 30 years ago. «It is a new language altogether. 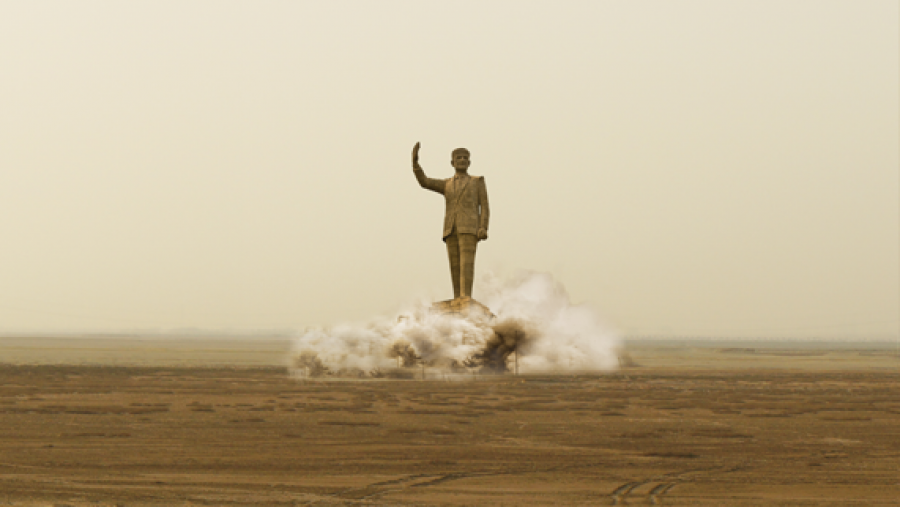 This is video as a part of the contemporary art context, after a period in which it was able to display its ability to converse with and absorb all other languages, in a way, be they dancing, performance, painting…,» said Eduardo.   «Video possesses this chameleonic ability,» says Solange Farkas. «It started out as a sort of outsider language and then it turned that around. Now, video is almost the prevalent medium at every museum and art show.» She believes the visual potency and the maturing of the discourse and issues tackled by video have become clear in this edition, and were reflected both in the winners and in the discussions outlined by the Public Programs meetings, a highlight of this 18th edition according to its general curator.   For the upcoming edition, in 2015, aside from replicating the experience of activating the shows and holding Public Programs meetings to foster debate, Solange Farkas plans on expanding the mapping and exchange with artists and institutions in Southern countries even further. This year, she has already begun to branch out into new areas, increasing exchange with Africa, and looking to witness first-hand the art of places like the Caribbean. «We must have more of these artists at the Festival. This is the challenge that our own region poses to us, in art or politics: To continuously rethink our place.» (report from Video Brasil Press)