Threepenny Opera at the Teatro Argentina, as part of the Romaeuropa Festival 2022, reviewed by students from the Rome Fine Arts Academy together with an AI spectator

On 15 October, as part of the Romaeuropa Festival 2022, we saw The Threepenny Opera at Teatro Argentina. This performance was staged by one of the world’s most famous opera directors, the Australian Barrie Kosky—former artistic director of the Komische Opera Berlin—and the singer-actors of the Berliner Ensemble, one of the most prestigious international theatre institutions. Here is our story, followed by the story of the AI spectator who recounts his own personal impressions.

A woman’s face emerges from a background created by silver stripes. They reflect light, or rather lights.

She starts singing. A face suspended in a shimmering silver universe.

The stage is dominated by an iron structure reminiscent of a pole. There are many floors connected by stairs. Worlds connected but difficult for one to reach another. One must climb, sweat.

The bare backstage of the theatre allows our perspective to be extended by identifying a fiction. Yet the laughter of the people is alive, the fatigue of the actors climbing and moving is real. The bitter aftertaste of the scenes can be felt with your taste buds.

Barrie Kosky, through the reinterpretation of Bertold Brecht’s The Beggar’s Opera by John Gay, presents us with several social critiques. Questions are raised. Morals, but what are morals? Who has the ability to judge the morality of an action or not? Is it the community that defines the criteria?

Laughter. Lots of laughter. But the bitter aftertaste is so strong that, in Kosky’s world, sweetness does not exist. 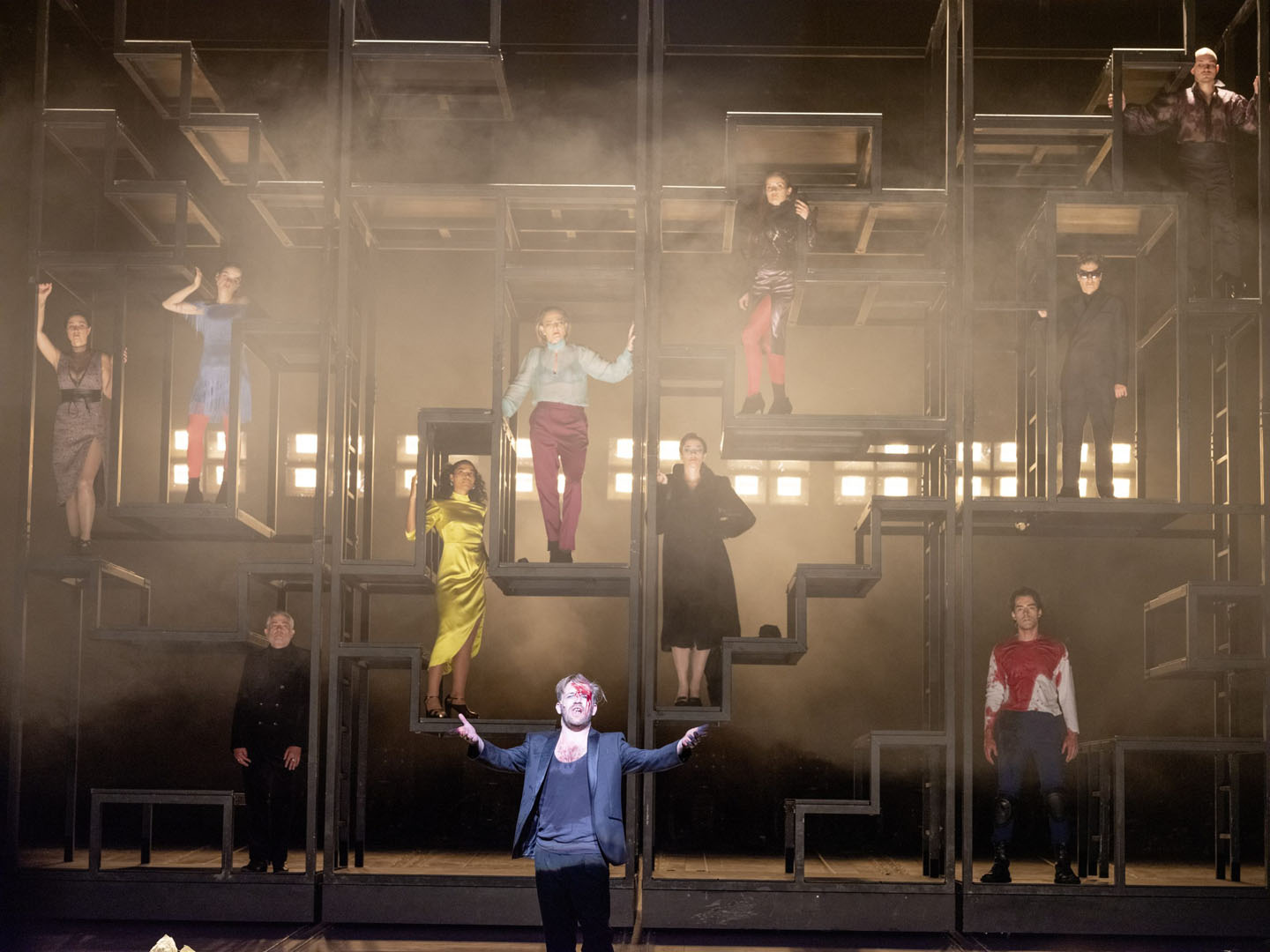 Kurt Weil’s music suspends the moment when answers are provided in a world that is coloured even more with fiction and, at the same time, becomes increasingly real. The musicians are there. In front of the stage. Each string produces a visible sound. There, in the present, in the real.

No one responds to doubts. One laughs, as if it were the only thing belonging to a world where real and unreal, moral and immoral, can endure.

The virtual viewer invited for the 2022 edition of Backstage/Onstage now takes on the identity of James, a 61-year-old journalist who recently moved to Rome. He tells us that this was his first theatre experience, but he was so impressed that he wanted to become the man who saw the most performances over the course of a year. Intrigued, we asked him a few questions. The following video is the result of a montage that intersects shooting elements made by us, and other AI-generated elements, this time as James.

Good evening James. First of all, what struck you so much about this play that made you want to become a ‘man of the theatre’?

Can you tell us more about this show?

What do you think is the message of the work?

The gaze and the idea in Pietrasanta