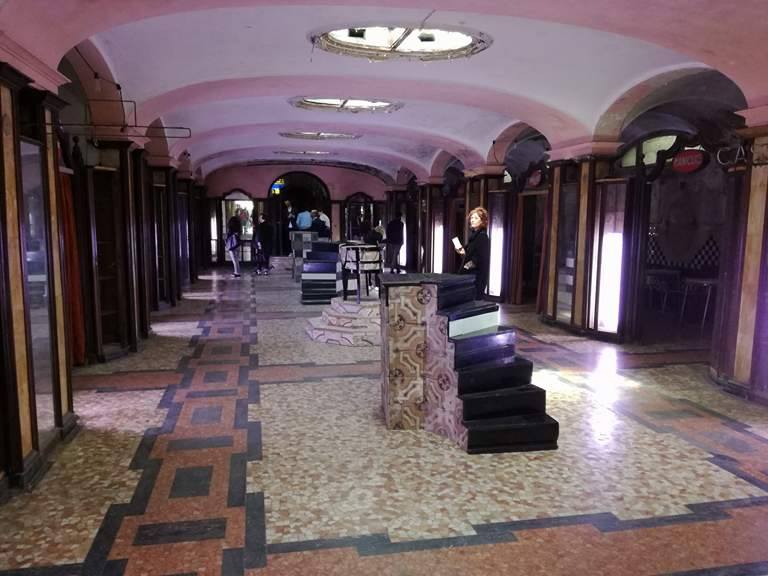 For the second consecutive year the FAI (Italian Environment Agency) opens the underground doors of the Albergo Diurno Venezia in Milan with a site-specific art project. Following Sarah Lucas in 2016, this year it’s Flavio Favelli who brings his work to the striking Art Deco interior of the former service centre for travellers, built in the 1920s to a design by Piero Portaluppi and closed definitively in 2006 after a long period of decline and abandonment. 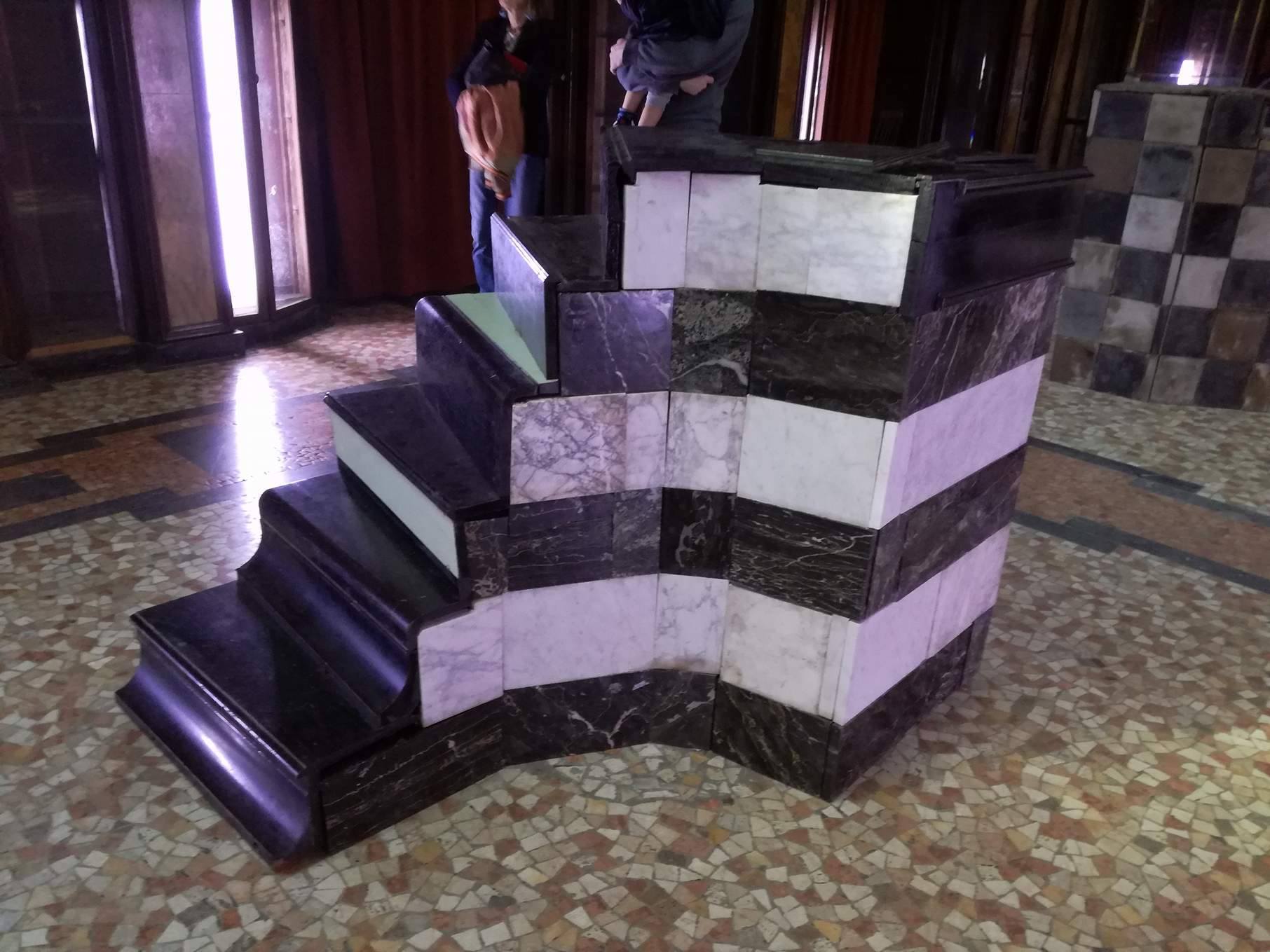 In the Albergo Diurno, Favelli restores his relationship with the site; this fits perfectly with his research, whose central theme is the expression of memory – both personal and subjective – which in the second instance becomes public, collective, turning into shared memory.

The slumbering past is the focus of this Milanese installation, in which the artist chooses to revive the memory of the lost furnishings – seen in photos of the centre from the twenties and thirties – in order to reposition them in the controversial eighties, the Diurno’s heyday and, at the same time, an extremely important time for Favelli, whose personal story is present in every one of his works. With enormous consistency, and following an almost archaeological procedure of recovery, cataloguing and conservation, Favelli has been collecting “furniture for almost twenty years, early twentieth century furnishings”, he explains, “whose only value is their connection with a period of my personal past that’s dense with memories”. Conservation is followed by the “restoration” of these returned items. It’s a re-use that has a flavour of innovation and updating: and so here in the Diurno’s central hall stand four delightful sculptures which display a philological coherence with the architecture and the surviving furnishings, but also evoke nonsense, since they lack any function, neither can they be linked to real objects. The original islands with circular sofas and the tables with twenties-style chairs and lamps become assemblages made of fragments of various materials such as marble chip blocks, parts of furniture and mirrors. The four sculptures are the focal point in a timeless atmosphere. Beyond the central hall, in the Albergo’s narrow corridors, Favelli places five luminous signs, the result of the same method of “accumulation” and stratification; in this case they are the slogans and logos of commercial activities. 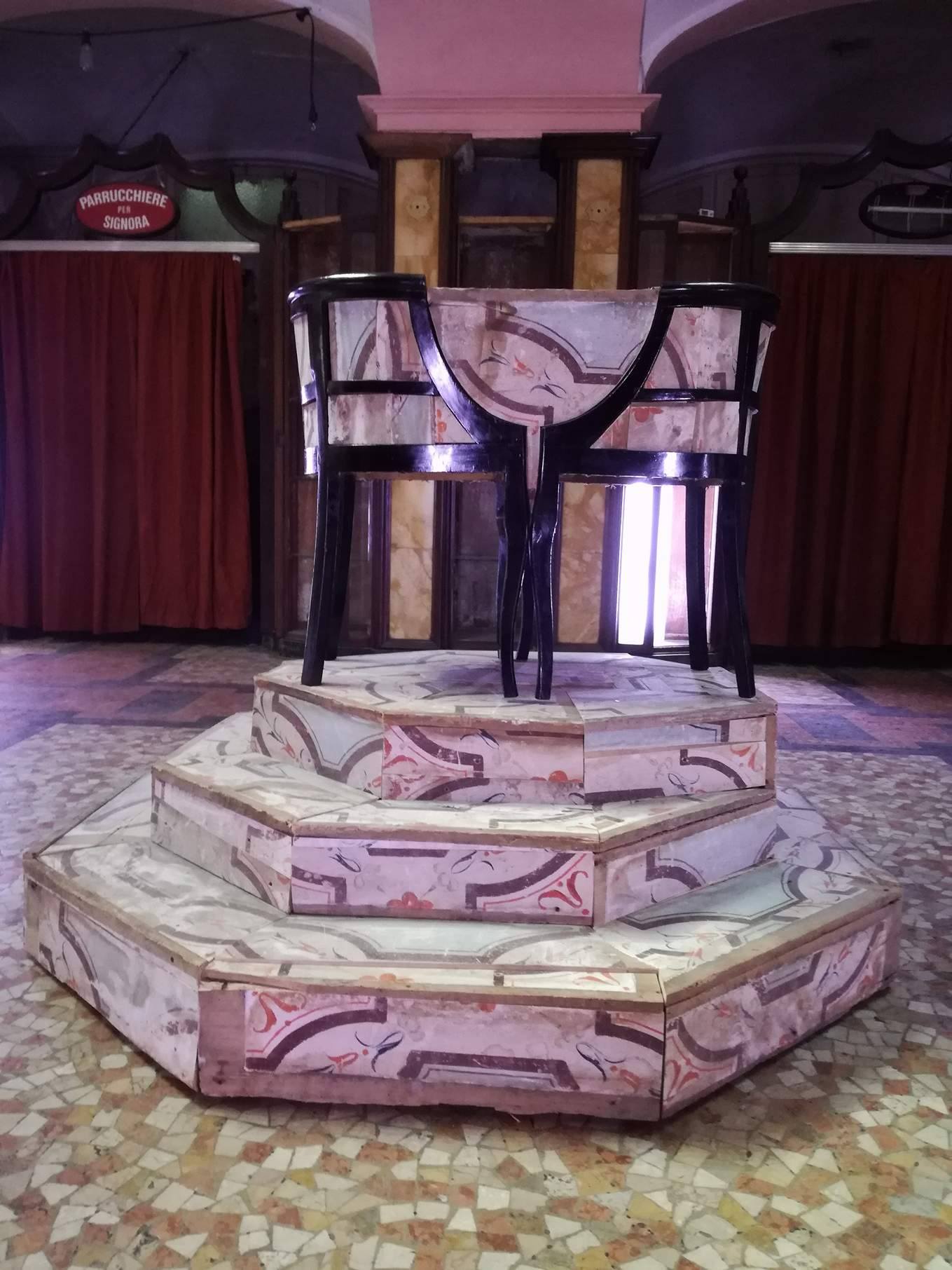 These neon signs call into question the past – the eighties – which is now active in another form, through superimposed names, futuristic and almost onomatopoeic, as the artist explains.

Notwithstanding the echoes of Duchamp in the readymades and pop additions, the poetry of Flavio Favelli’s fragmentary installation speaks of affection, of memory, from the staring point of material culture and a renewed historical and anthropological attention to objects, which are transformed into things through a relational and emotional approach to them, according to Remo Bodei’s definition. Favelli’s works not only maintain the secondary qualities of objects, but turn them into things, reconstructing their silent lives. Beyond the material shell – which for the artist is linked with the artisan dimension of making – these “things” conceal symbolic values, joining “the represented visible to the absent invisible”. Favelli’s research can thus be translated into meaningful objects, fundamental for the comprehension of the cultural models to which he refers, which speak and establish themselves in a system of shared history.