Elena Giulia Abbiatici continues to reflect on olfactory bio-politics, part of “Eternal Body. Human senses as a laboratory of power, between ecological crises and transhumanism”

For an Olfactory Bio-politics, is the last of two parts of the third appointment with “Eternal Body. Human senses as a laboratory of power, between ecological crises and transhumanism”, curated by Elena Abbiatici. This rearch has been organised thanks to the support of the Italian Council (IX edition 2020), an international programme promoting Italian art under the auspices of the Directorate-General for Contemporary Creativity of the Ministry for Cultural Heritage and Activities and for Tourism (you can view here For an Olfactory Bio-politics. Pt I, Arshake, 21.07.2021).

Lauryn Mannigel is an artist-researcher and curator based in Berlin. Her work consists of generating experience and awareness of the odours that civilisation has aimed to deny over time, or considered as dirty, lowly and unbecoming in a progressive denial of the natural, vulnerable life principle. Through experiential and non-visual practices, Lauryn Mannigel investigates the political and aesthetic potential of the way people smell. She currently focuses on the affective cognition-perception of female body scents. She states: “I use the definition of body scents to talk about the way people smell, I use the body-positive phrase body scents to refer to the interplay of various smells that constitute a person’s olfactory identity. I understand the concept of body scents as shaped by a three-dimensional approach pertaining to cultural practices, biology, and atmosphere. Regarding cultural practices, I refer to the social interactions between humans, which include leisure and work activities we engage in, the food we eat, the fragrant products we apply or come in contact with, as well as the built environment and landscape that we inhabit. The biological aspects of body scents encompass genetics, the microbiome, as well as the condition of our health. Lastly, when referring to atmosphere, I mean weather – related conditions.”

During an artist residency held at the Goethe Institut Max Mueller Bhavan in Bangalore in 2019, she conducted the workshop I Smell a Rat, which offered a critical discussion about the social perception of female body scents. The preparation for and realization of the workshop revealed that women experience adverse reactions about the way they smell. Unfortunately, this reconfirms the stigmatization and taboos around female body scents. Transcending taboos related to body scents is the goal of Mannigel’s current research and her workshops. Sometimes, her work is successful in raising awareness, other times it remains unnoticed or misunderstood because body scents are generally being subjected to hardly detectable societal conditioning. Overall, Mannigel’s current work series aspires to contribute to overcoming the Western hierarchy of the senses (1) by inviting participants to be led by their noses, (2) instigating the perceptual agency to actively experience and reflect upon others’ underarm scents, and (3) forming the basis for an embodied aesthetics of smell.

The invention of sanitary convenience seems to have destroyed people’s sense of equality. “It is responsible for class hatred much more than the monopoly of capital in the hands of the few. It is a tragic thought that the first man who pulled the plug of a water-closet with that negligent gesture rang the knell of democracy”[3] wrote Somerset Maugham, the English writer and playwright, recounting an encounter between a high-ranking Chinese general and the most oppressed of slaves. 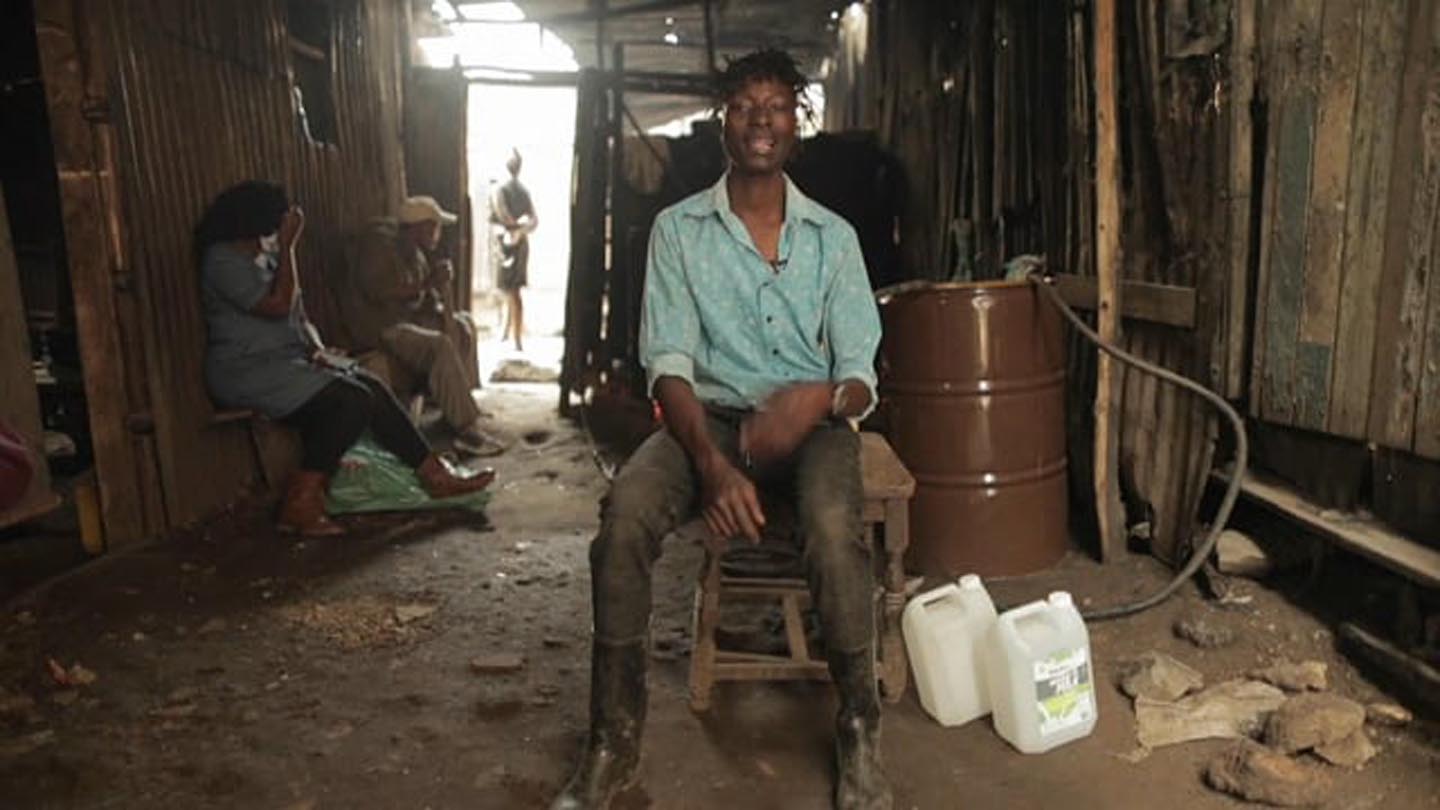 India has always been a source of well-known memories involving essences and spices: the intense aroma of curry, tamarind, turmeric and mint fill the collective imagination. A passion for the language of smellscapes is becoming increasingly widespread: the Indian artistic duo Ishita Dey and Mohammad Sayeed[4] spent a year studying the smells, stench and stink of three public places through walks, conversations and notes: Majnu ka Tila (Chittaranjan Park’s fish market), a shop selling international products and the Old Delhi fish market. The project “Smells of the City: Scents, Stench and Stink”, commissioned and presented at the Kidar Namar Museum of Art, attempted to extract the olfactory essence of India which, while surprising us and locating us both logistically and temporally, offers us a profound reflection on the olfactory dimension as a cultural and racial discriminatory agent, subject to strong conditioning.

As Walter Mignolo and Rolando Vasquez point out in their text Decolonial AstheSis, the colonial project of modernity has implied a control not only of economics, politics, culture and knowledge, but especially of perception and the senses. And much remains to be done on the path to decolonising the senses[5]. Peter de Cupere’s latest olfactory installation, Stay Awake, involved covering an entire exhibition space in the Bremen Museum (Germany) with 660 kg of coffee beans as both testimony and memory of the illegitimate colonisation of territories and peoples and past forms of slavery. 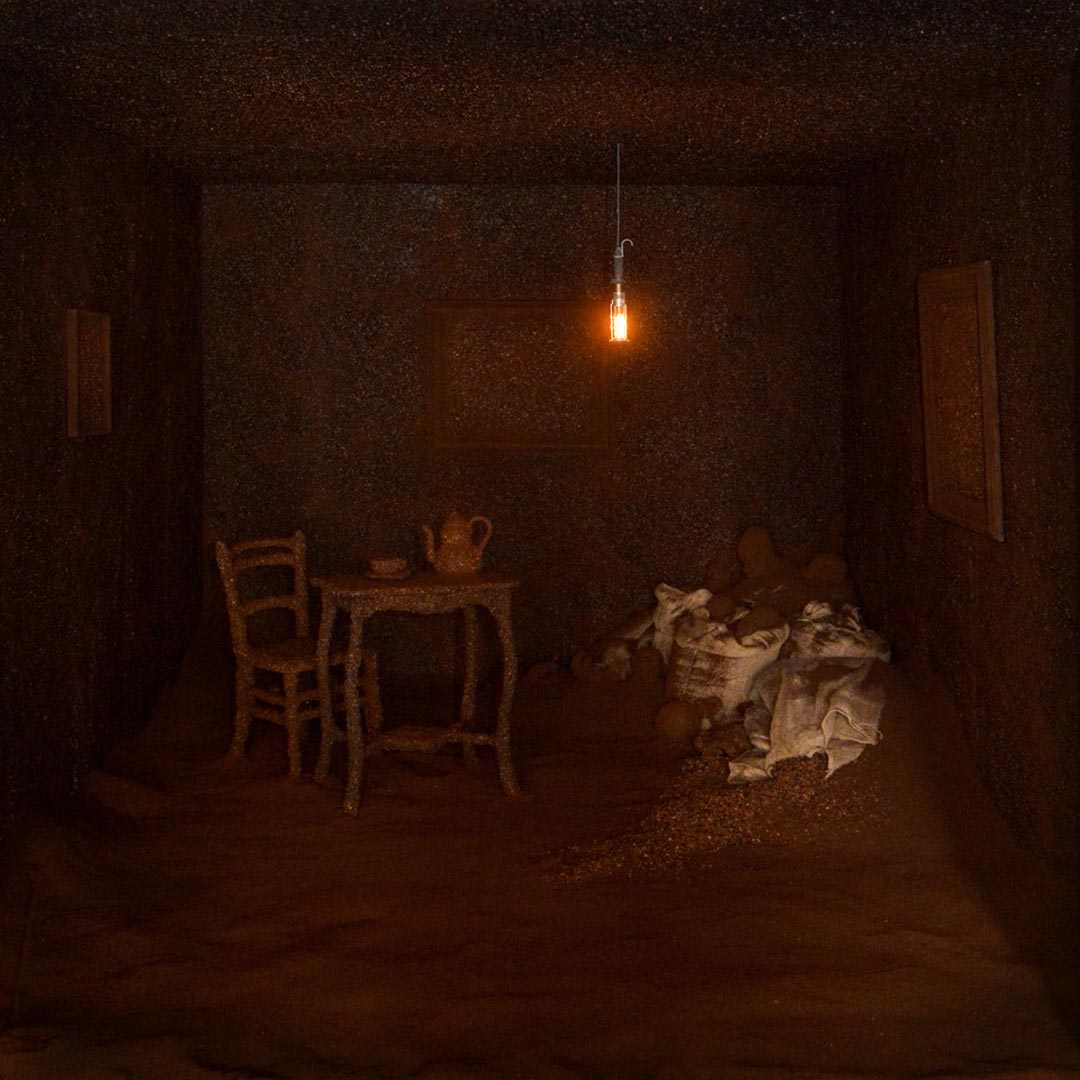 The sense of smell, as an organ of remembrance, can evoke memories and thus marks the passing of time. In “Understanding Media” Marshall McLuhan states that, until the 17th century, the Chinese and Japanese used incense and its different levels to measure time: based on the sequence, they measured hours, days and seasons. In Mortar Line (1996)[6] the Indian artist Sheela Gowda uses cow dung to represent the line of time, life and death, which in India has multiple functions: energetic, constructive and playful. In Mortal Line, dung is used in its raw state, both as the structure of the sculpture and as an adhesive, while in her early works Gowda used it as a pigment for painting.

Entering into the traditions of a people steeped in olfactory connotations not only gives us a measure of the beauty and wisdom of human ingenuity over the centuries, but also takes us back to the principle of sharing the most intimate aspects of human nature through taste and smell.

There are numerous examples of olfactory traditions that were suppressed in the course of Western civilisation process because they were incompatible with Kantian ideals of morality. These included aromacology – the olfactory healing practices of Amazonian shamans – or the cosmology of the Andaman islanders, in which all living things are conceived as scents and odours[7].

For an Olfactory Bio-politics. I