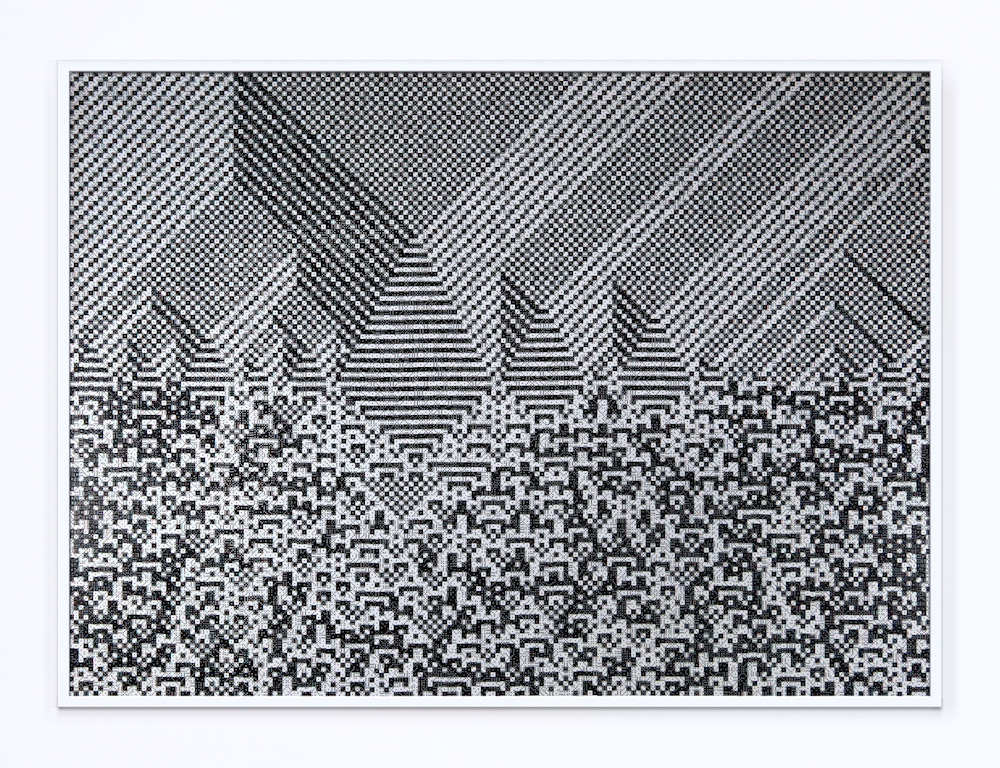 Frame captures Calculating the Universe, by English collective Troika, part of a series of works that reflect on the unfolding of processes, both in biology and in computing. The series of images are constructed from thousands of black and white dice, an analog simulation of binary computer algorithm used to model complex systems. In computing, as well as in biology, the modeling of systems (being it natural or constructed) coincide with a mode of organization of the singular elements in their reciprocal interrelation and interference. Fate, here sculpted in the usage of dice as the raw material, is the rudder that guides processes in their following directions. 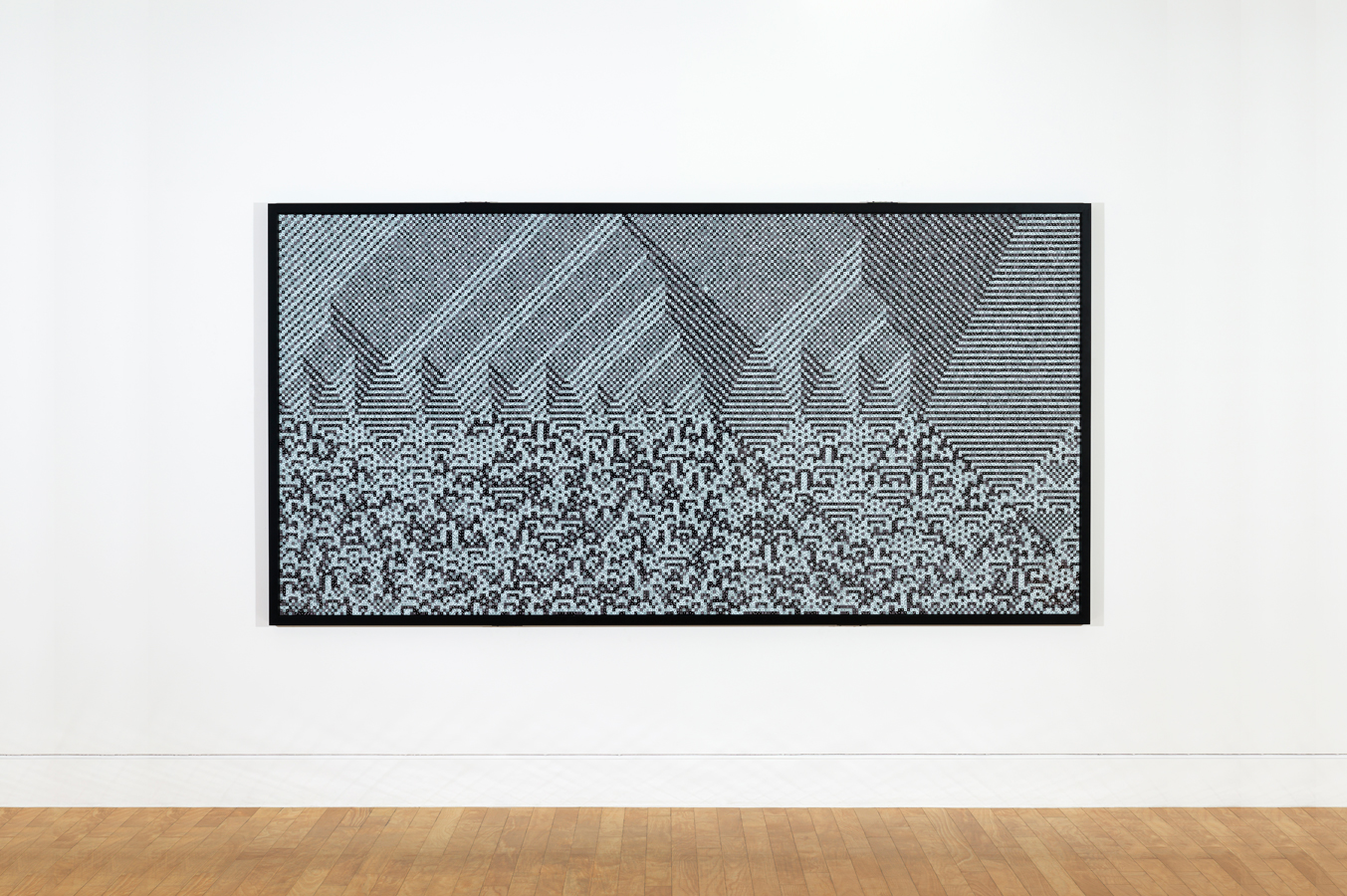