FRAME > Caress of the Gaze 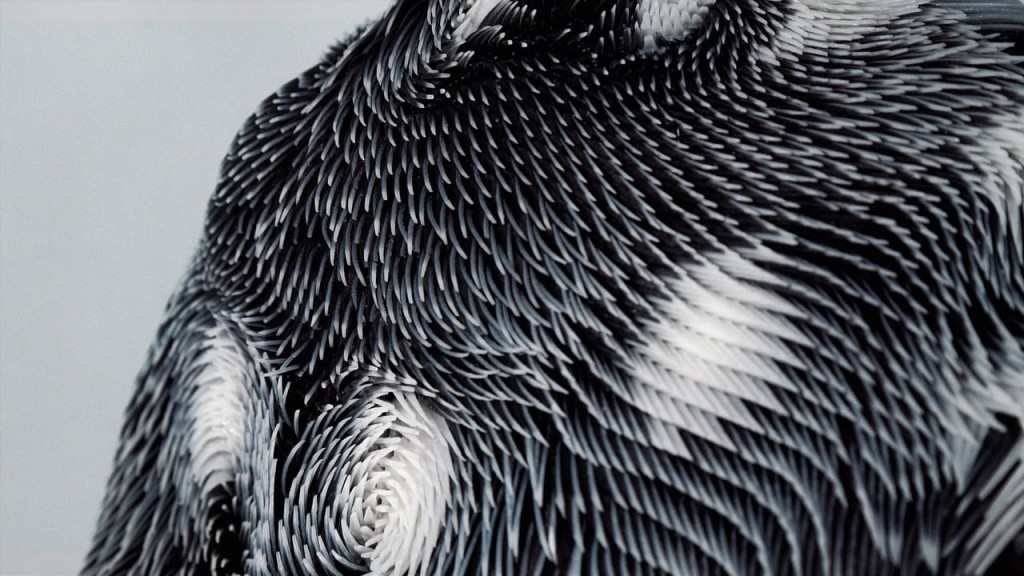 A 3D printed cloth becomes alive as a second skin, by detecting other people’s gaze and and respond accordingly with life-like behavior. We are talking about the experimental project by architect and interaction designer  Behnaz Farahi who dedicates her entire research to interactive environments and their relationship to the human body. The video explains how.

Behnaz Farahi, Caress of the Gaze, 2015, 3D Printed Gaze Actuated Wearable. 2015, this project was made with support from Autodesk, PIER9, MADWORKSHOP