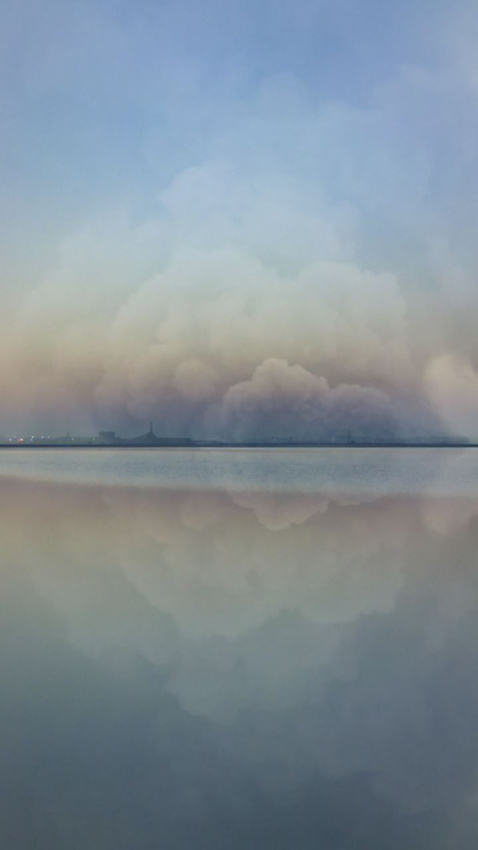 Stations as places of calm, rather than arrival or departure. Focal points for reflection. Stations as necessary stages in the completion of a journey. In Carlo Cinque’s itinerant project, which debuts with the Risonanze show by Antonio Trimani, stations become exhibition venues. This is an open-ended project whose meaning lies in its execution rather than merely in its form; in engagement and experimentation. Drawn from the Italian and international art scene and often classically trained, the artists involved will address video art and new technologies.

Risonanze is an exhibition project whose very name resonates with its truth, the tinkling of a bell that stays in one’s ear, the sensation of an echo, ripples in the water when a stone is thrown, the call of objects and their poetry. Three video works display an unwavering meditative journey between the world’s things and its truths. Truth is interpreted as water, trees, stones and clouds. The video seduces in the slowness of the little, of an overwrought life, brimming with itself as it embraces hopes and memories. The atmosphere unfolds, expanding to fill all the available time. But the videos always reveal something, a Magritte-like resource (in Rivelazione), an enigmatic thought whose essence escapes us (in Chora), a kind of hyper-real surrealism encompassing a condensation of elements (in Controcanto). 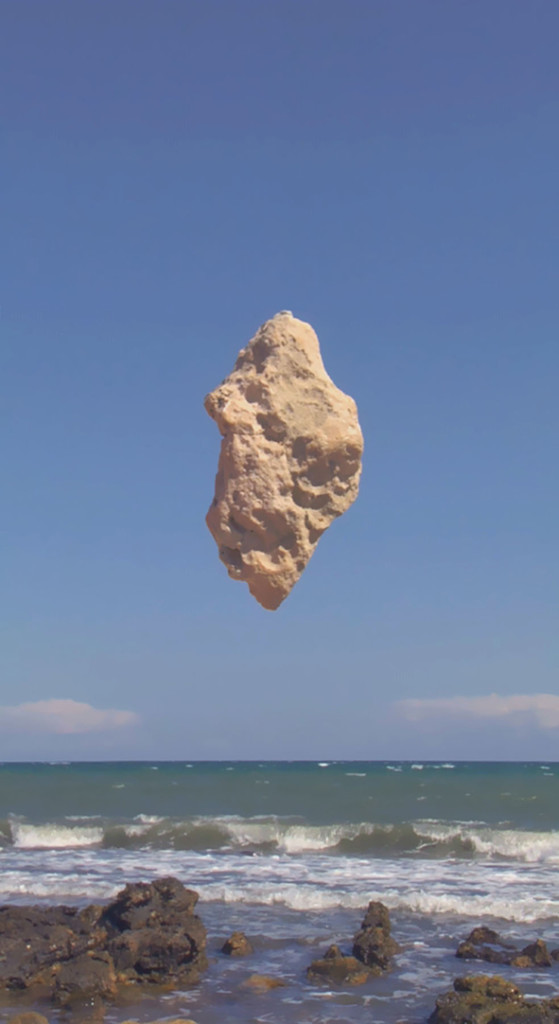 Rivelazione (2013) poses questions on calmness and suddenness, the unexpected. It might be the moment before the end of the world, the action that heralds change, or merely a mysterious turn of events. Controcanto (2014) seeks its substance in the elements and their combination. Nature over nature, element within element, composition of the mind and of poetry, free flight, the opening of distracted thought.

Chora (2015) is perhaps more complex, made of a moment in time composed of visual zones. In Chora the city state of the mind is built, the place for thinking. Derrida1 himself refused to enclose meaning in traditional value. 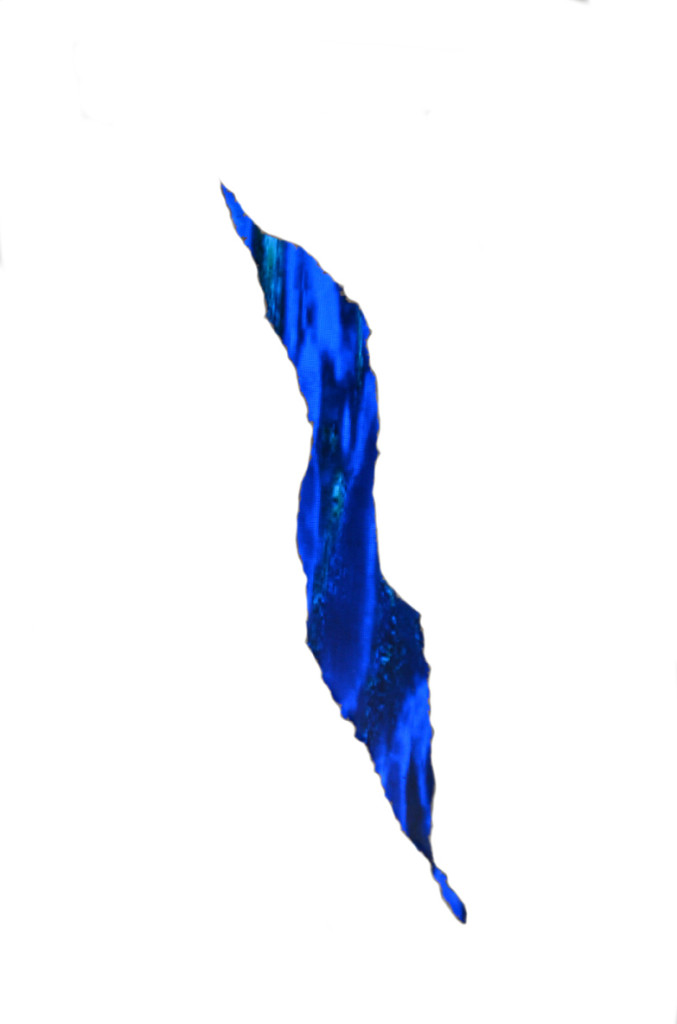 Ferita #0 (2015), a “video wound”, is a kind of fissure, a pain in the wall that takes us from Burri to Fontana. The venue opens, becomes a wound and displays the show’s  epidermis, perhaps its most painful place in a Sartrean acceptance of existence.

Gesto Sonoro (2016) is a vibration, made up of sound and resonating with a combination of superimposed elements. The elements here are mirror images: the outside and inside of the body; the waves of the sea and the heart itself.

The heart is the city within which things resonate emotionally, where the ripples start and everything spreads outwards. A kind of abstraction of Nam June Paik’s Buddha’s candle. A heart that means I am alive. (translated from the Italian, extract from a text by Fabrizio Pizzuto that accompanies the exhibition) 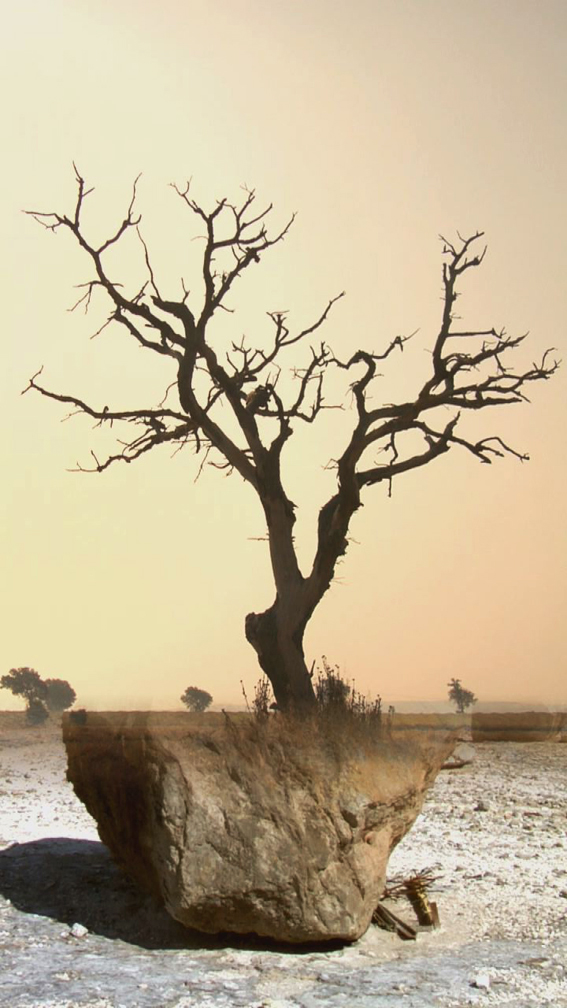 Antonio Trimani is an Italian video artist whose work has been and continues to be shaped by a tireless search for meaning and completeness. He has worked alongside many of the most representative artists on the international scene, including Peter Campus, Alvin Curran, Bill Viola and Fabrizio Plessi. He also collaborated with Jacques Derrida on a video and photographic project (mentioned in the book Luoghi dell’indecidibile, edited by Francesco Garritano and Emilio Sergio, Rubbettino, 2012). For some years he has turned his enormous skill and technical and aesthetic knowledge to personal experimentation, artworks and artistic expression.

Fabrizio Pizzuto is a curator from Sicily who works in Rome. Having trained at the Scuola di Crispolti as an artists’ assistant for exhibitions, he has organised and curated numerous shows, video fairs and art festivals in Italy and throughout Europe. He currently works as a freelance curator specialising in video and installations. His writing is included in the form of an experimental text in the REFF (Roma Europa Fake Festival) collection, prefaced by Bruce Sterling.

Carlo Cinque, the instigator of the project, is an expert in communication for the art and culture sectors. His extensive training ranges from directing works in major Italian opera houses to staging RAI television productions and curating important art shows and auctions in Italy and abroad. He has developed a multi-functional knowledge in the field of communication and the promotion of cultural heritage, with a particular focus on the curation, organisation and staging of high-profile art events.

FRAME > Caress of the Gaze