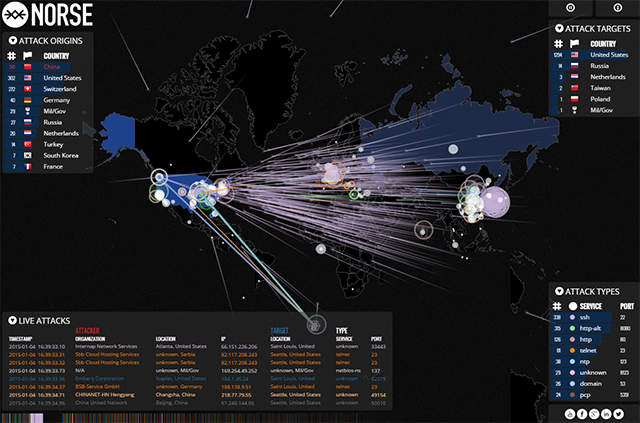 The image is the moment frozen in an interactive map that visualizes the map of the Informatic War, something that Canadian theorist Marshall McLuhan has anticipated to be the Third World War. We are talking about the  Norse Attack Map released by Norse an American firm specialized in cybersecurity. On the Norse Attack Map we can distinguish the kind of attach, the responsible countries and their objectives (throughout the IP geographic position). 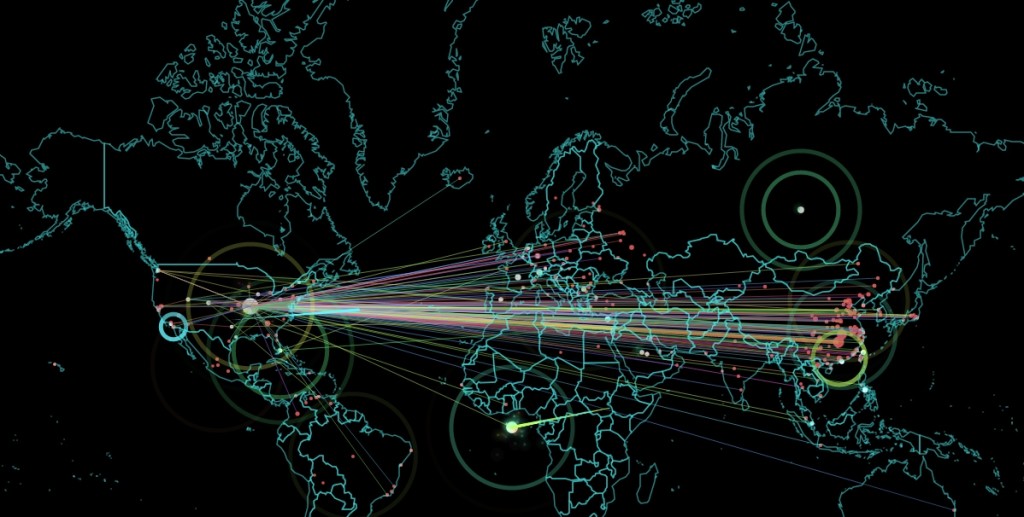