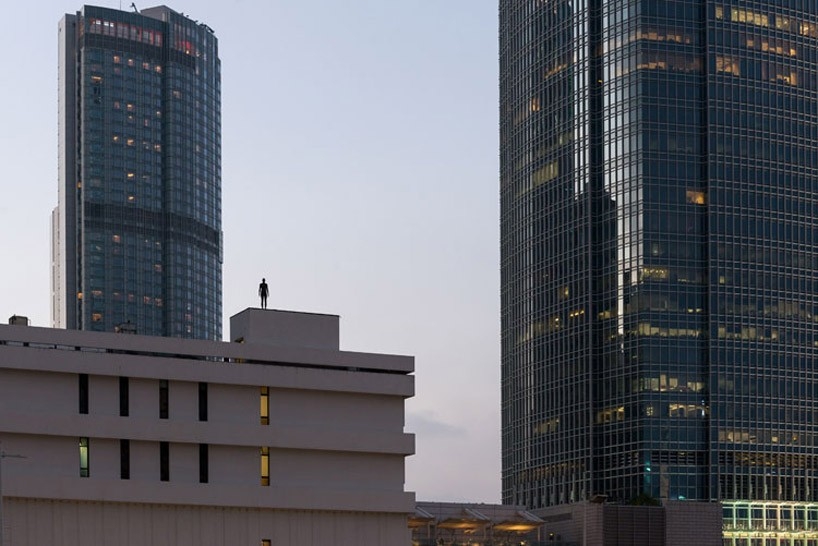 The image captures one of the 31 installations by British artist Antony Gormley in Hong Kong, part of the itinerant project Event Horizon, after London Londra, New York, São Paulo and Rio de Janeiro. His silhouettes replicating the very same body of the artist, materialize on the top of city’s most iconic buildings of the financial district. Of the 31 sculptures, 27 are made of fibreglass and are mounted on some of the city’s most iconic buildings. The other four are made of cast iron and have been installed at street level. With this work Gormley connects the human being with the invisible part of the Universe (the event horizon – as the title recalls – the definition in physics used to described a boundary in spacetime beyond which events cannot affect an outside observer). «This installation – states the artist – questions how the built world relates to an inherited earth, and was originally conceived in the year in which it was first reported that half the planets human population were living in cities» (Gormely,Event Horizon‘s statement) . 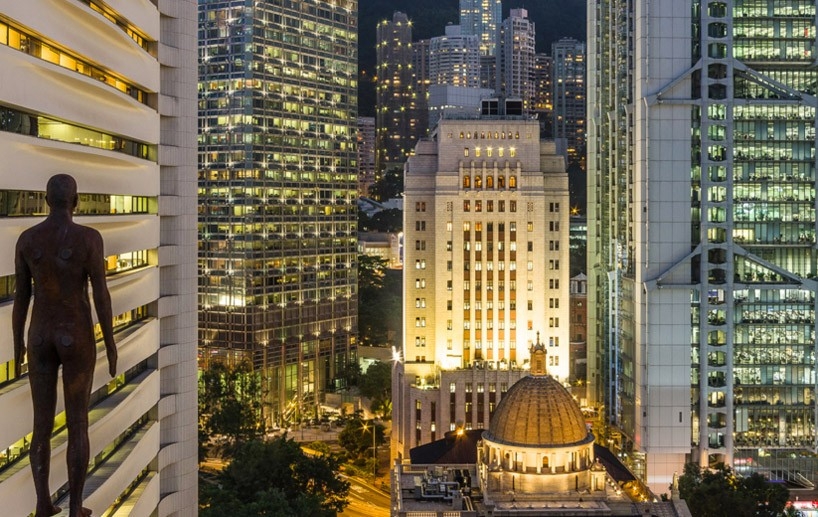