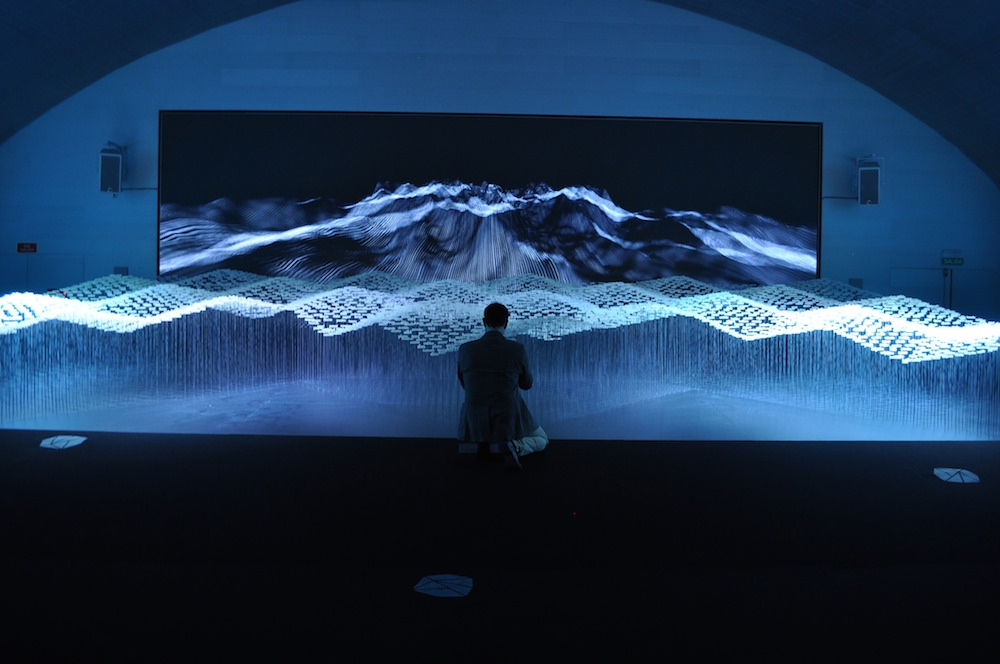 More than 7.000 words, extrapolated from narratives and poems by Colombian writer Gabriel García Márquez, shape in the physical space from 3D prints to become the installation reproduced in the image, depicted at the Spanish Art Fair ARCO in Madrid (2015). We are talking about Travesía por los estados de la palabra, a project produced by the Colombian Ambassade in Spain and by Telefònica. The installation is completed by a dedicated website, Los Estados de la Palabra, interactive journey into Márquez’s realm of words. The project was conceived as a visual metaphor of the cultural connection between Colombia and Spain.