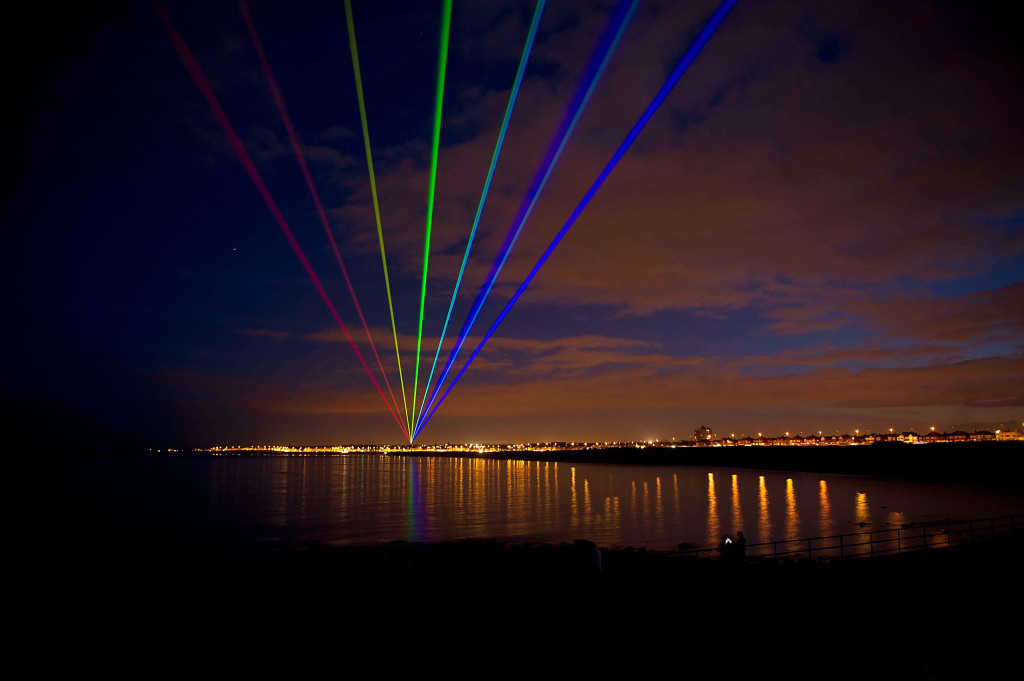 Global Rainbow is a light installation by Yvette Mattern that reproduces a rainbow projected on urban areas that are particularly dense in order to encompass diversity and to symbolize hope. In 2012 this installation has opened the London Cultural Olympiad year in three regions of the UK: North East and North West England, and Northern Ireland.

Global Rainbow by Yvette Mattern, produced in the UK by amino, a contemporary arts production agency based in Newcastle upon Tyne. The lasers used to create Global Rainbow were built and are operated by Lightwave International, Pittsburgh, USA.