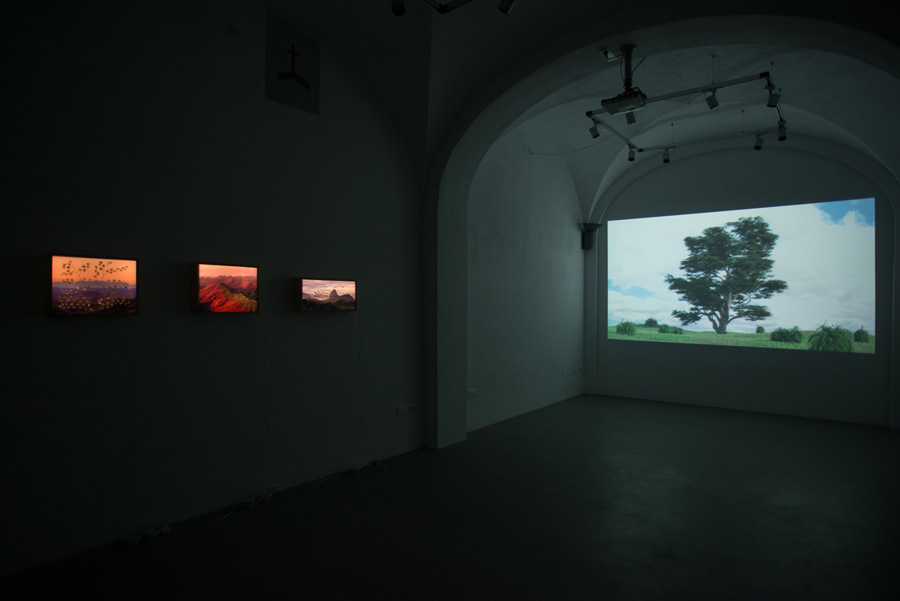 I wonder if trees can imagine their existence in a distant area on earth.

As if they were lonely travellers with a precise destination, born to be migrants and never tourists, searching for new habits rather than new impressions.

I don’t know, but mysteries are nestled just about anywhere, after all.

I wonder if all we need to do to touch the infinite is to contract time and space into a single line and bring what we call the past back to the present by way of a journey in reverse.

In any case, the artist froze 9000 kilometres and two centuries of history in the light boxes on display at the Passaggi contemporary art gallery in Pisa. She overlapped the element of Trees (branches of Brazilian ferns imported to Europe in 1817 by naturalist Giuseppe Raddi and the Archduchess Maria Leopoldina of Austria) with the element of Landscape, the Brazilian mountain ranges.

It is almost like a kiss exchanged between two reunited entities. Then again, nature may very well possess its own inherent memory defined by Rubert Sheldrake as «morphic resonance»[1], and that all natural systems inherit what has existed before them.

I think of the lips that follow the outline of the Parisian hill in Man Ray’s photograph Observatory Time, The Lovers (1932-1934); I think of the series by Valie Export, Body Configuration (1972-1976), where the body bends to adapt to the architecture surrounding it. 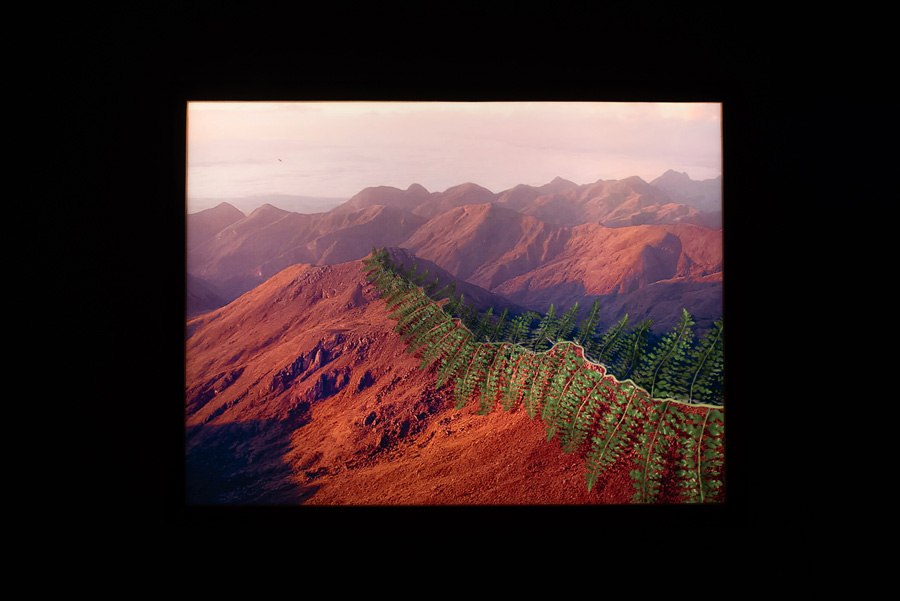 Superimpositions that create bizarre and peculiar shapes in which Brazilian morphology becomes a base and a performative work to welcome back a botanical species that was born there and will make its return within a year. (For the moment, it is hosted in the light boxes on exhibit.) The artist is organizing a transatlantic journey on a cargo ship along with several scholars to re-enact the voyage to Brazil that Maria Leopoldina of Austria embarked upon with a team of scientists.

This journey is to be interpreted as a migration of biological, political, cultural and social values. The geography of these relocations represents every aspect of the world experience in that the subdivision of environmental, cultural and economic resources departs from this very spot.

Plants take on a socio-political significance in the biome we inhabit and throughout the entire history of human civilization. Many plants have accompanied colonial adventures to new territories, representing an important indication of social emancipation.

Botany is therefore interpreted as a scientific paradigm and as an aesthetic paradigm. Evidence of this is found in the correspondence between Luca Ghini, the physician and botanist who founded the Botanical Gardens in Pisa in 1542, and Leonhart Fuchs, the illustrious German botanist and author of De Historia stirpium commentarii insignes (1542), where we can admire various species of orchids – a flower chosen for its elegance, delicateness and sensuality.  For the occasion of her «Tutto ciò che so [All I Know] exhibition, Mariagrazia printed a 3D sample of one and placed it under a glass bell. The result was impeccably sculptural. By blocking the fleeting state of the flower, it becomes more precious and is endowed with a new light. Once again, the flower is removed from time and its natural space. 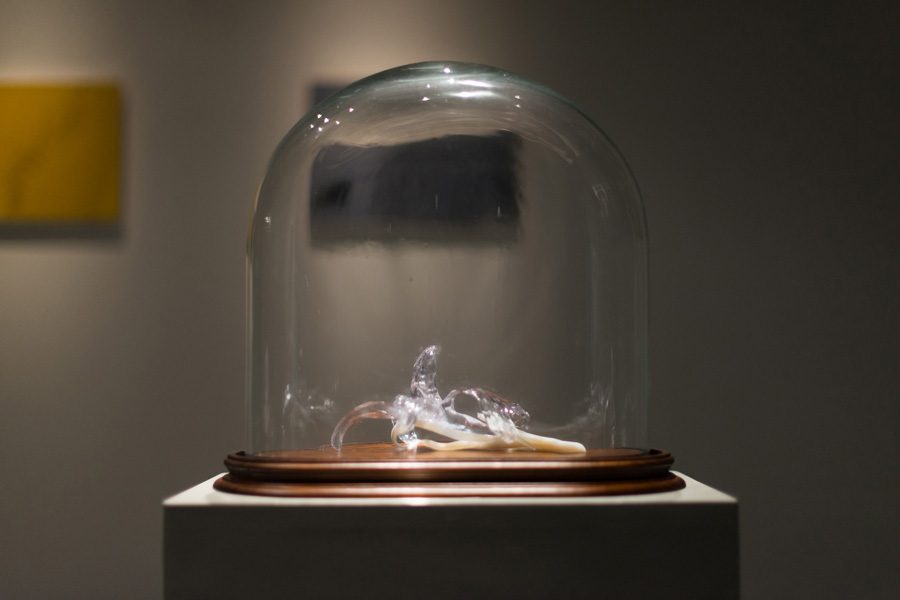 The element of Ending is not contemplated. Not even for a cedar from Lebanon that was blown down at the Botanical Garden in Pisa during a storm back in1935. Mariagrazia freed the tree from an obvious demise and it has been graced by the department with permission to migrate. (The image of «uprooting traces» is seen in the video Roots where the skyscrapers in Central Park are uprooted and fly – a combination of a tree and a building). We get a glimpse of the idea forwarded by Lucretius in his De rerum Naturae (first century BC), later confirmed by Charles Darwin, that nature experiences phenomena completely by chance. Flight offers the possibility of imagining a continuation.

Lastly, the artist presents three collages for this exhibit that unite the intentions of the mind on paper. The transatlantic voyage guided by the spirit of Leopoldina.

On the whole, «Tutto ciò che so» seems to be a reflection of the fleetingness of life and the possibility of controlling its transience by studying science and counterbalancing it with art – a bit like what took place in Renaissance studiolos and Baroque cabinets where science, art and performance were joined together to offer a visual and scenographic form of the world’s organic components. Pliny the Elder’s early encyclopaedia Naturalis Historia is still very timely and refreshing.

[1] Rubert Sheldrake, The presence of the past, Morphic resonance and the habits of nature, 1988.