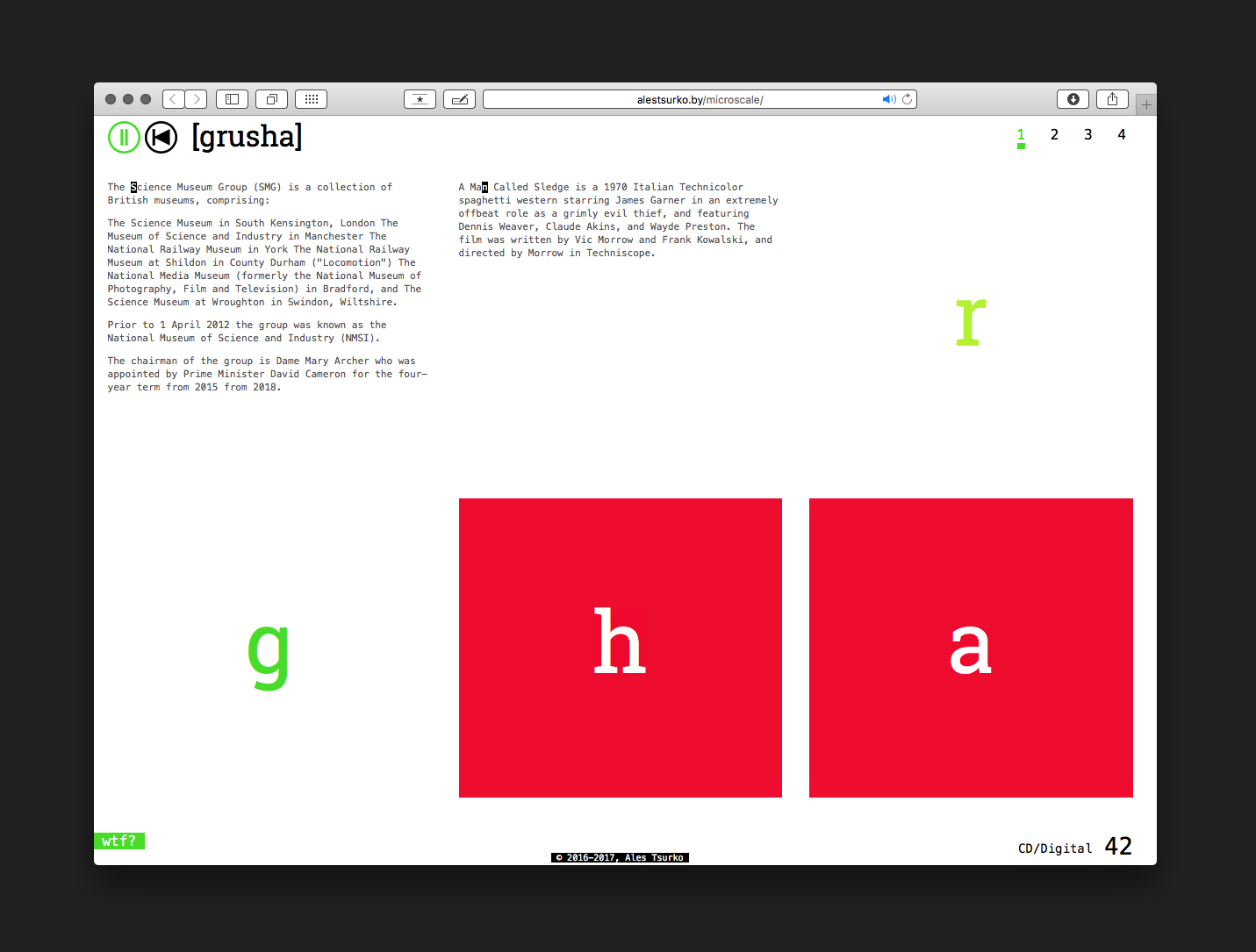 The image belongs to  microscale, an album entirely shaped by translation of data extracted from letters and and titles of Wikipedia’s articles. Microscale can be downloaded from band camp, or accessed directly on the web, where it can be manipulated by users. Generative and interaction are now at the core of an album that has been created “not so much by thinking as by emotions – as stated by the author in a recent interview – so it’s not purely artificial intelligence or computer music” (Ales Tsurko, interview on “Preserved Sound”, 06.02.2017).