Gary Hill at the Lia Rumma Gallery in Naples with his latest show: Ghost Chance

“Making a video and watching it are actions similar to reading and writing”. Gary Hill is clear in defining the elements of his work where the grammar of editing (audiovisual assembly) plays a fundamental role: a syntactic framework leading to the articulation of a compositional structure which is rhetorically lively because linked to temporal-spatiality, able to create openings and, at the same time, close (timidly adherent) to bildhafte Denken (pictorial thinking). The position from which the artist operates is, in fact, that of language, understood not only as the articulation of discourse but also, above all, as a setting in motion and expression of thought revolving around the last thought in order to experience the thrill of the present as presence.

Often too rigidly labelled as a video artist, Gary Hill expresses, in terms of complexity, a poetic flow capable of demonstrating the act of walking, of movement and the performance of an activity that dissolves immobility and, together with this, the “passive meaning of the image. In a way, all my work – in one way or another – has something to do with questioning the hierarchical position of the image. For me, working with video means a space for thinking, an essential part of working with electronic devices.” 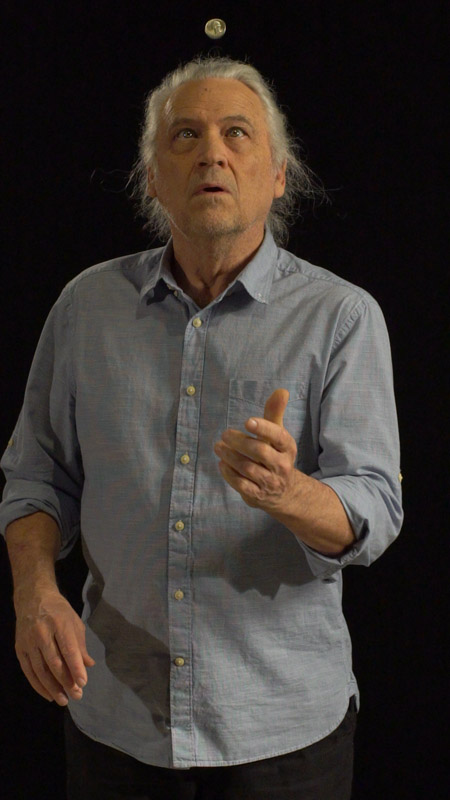 Ghost Chance, his last solo show (fourth in chronological terms) organised in Naples in the spaces of the Lia Rumma Gallery, presents a small group of six works linked by the thin thread of nothingness. “To a certain extent, all these works and, in particular, how they are installed in the here and now” (I assume the words in the press release are those of the artist) “have something to do with the neighbouring nothingness”, with that great motionless movement which Blanchot speaks about and to which Hill is connected – Blanchot, so little studied (at least in Italy) and so much loved by figures such as Magdalo Mussio. This reveals the mysterious defeat, the dissolution of collective thought and the surrendering to a vanity from which there is no escape. 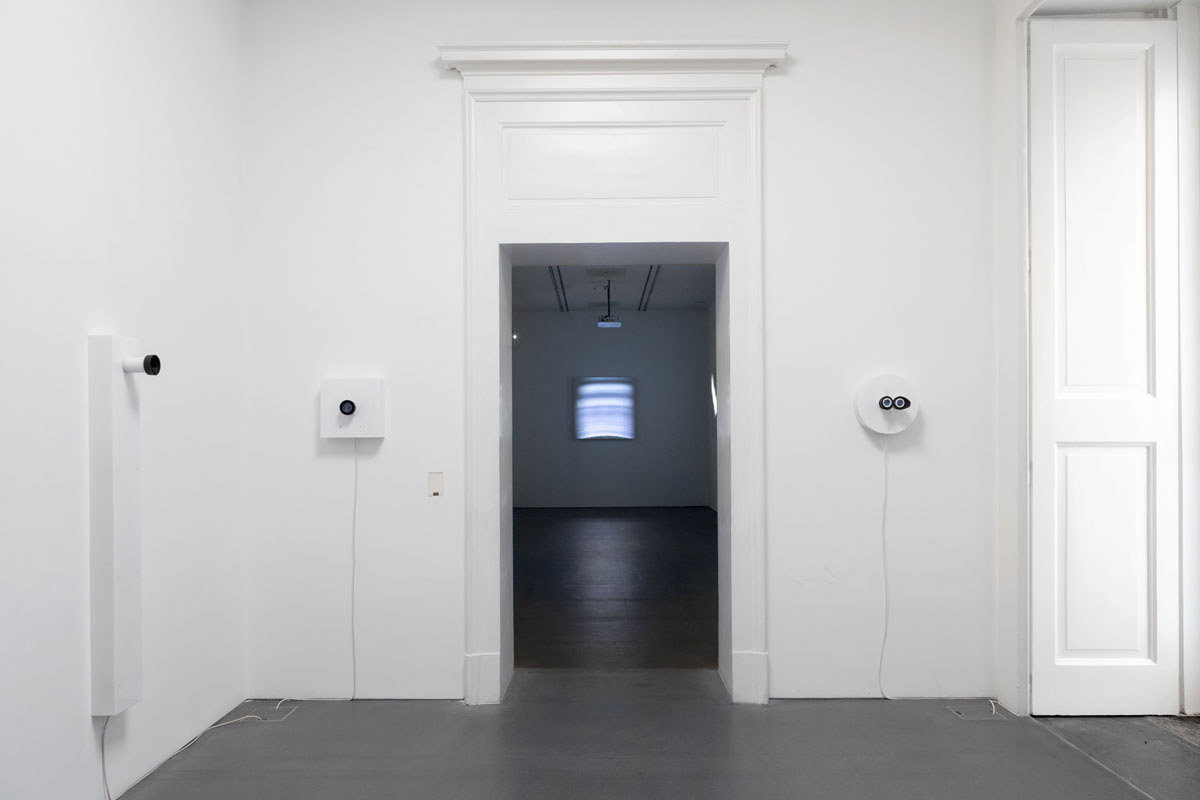 In the initial entrance room, the attention of viewers is captured by five sculptures from the series SELF ( ) (2016), where real-time filming devices can be found, revealing a reduction of otherness, a body that cannot be recognised (one’s own, that of every single visitor who tries to search for himself, to look at himself, to discover himself) were it not for the fragments produced by random movement. The same randomness is felt in the installation that gives the title to the exhibition, where light caresses noise, the single vibration of a sound that must come to terms with the buzz (not only the sound) of everyday life.

If then there Is a Bell Ringing in the Empty Sky (2005) in one of the side rooms of the gallery, breaking the barrier between life and spectacle by showing the body of the actress Isabelle Huppert in a portrait that moves between the real and unreal, just after this it is always Huppert who welcomes visitors in a luminous visual palindrome: Loop Through (2005). Place Holder (2019) is also on display, a video in which the artist plays with a coin – life, we know, is an illusion reflecting our desires and choices. When the coin falls it produces an external bounce, given by the dull sound of the audio, bringing the gesture into the present, exactly into the viewers’ space who find themselves (and this they feel it) together with the artist. 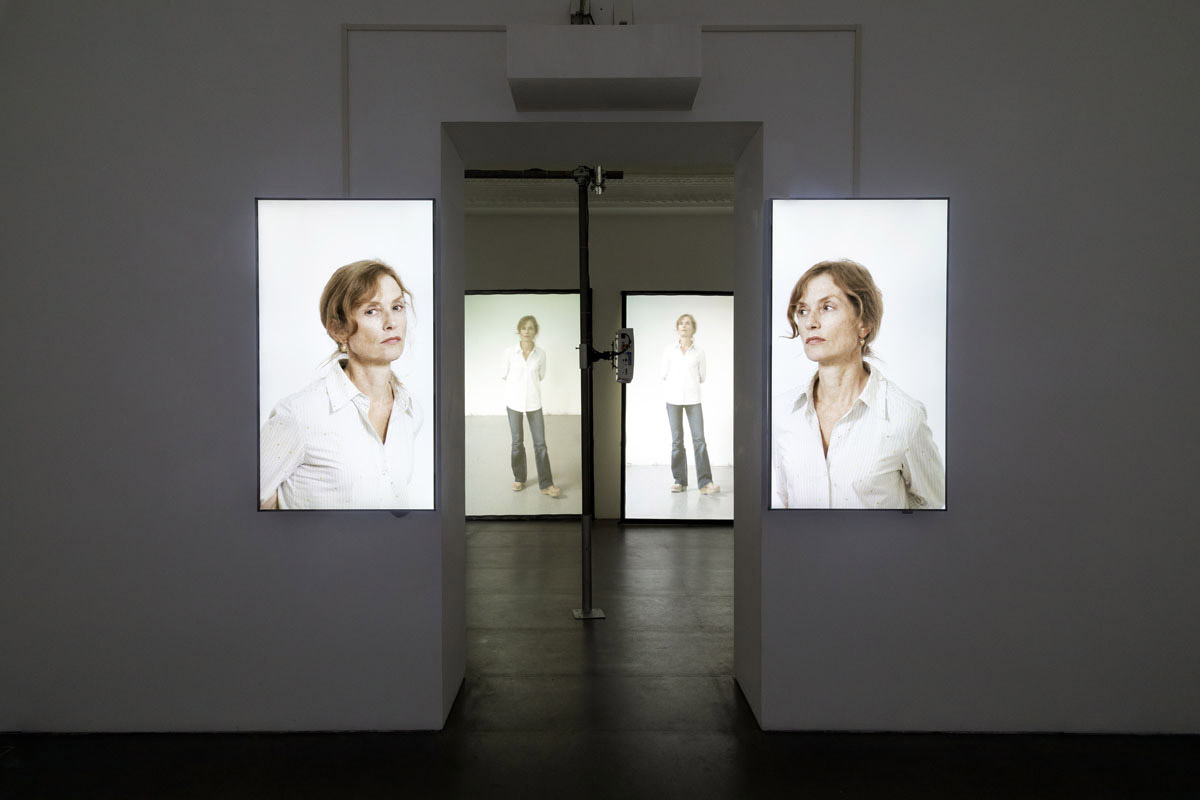 A secluded and intimate installation (Locked Grooves, 2009/2019), which appears to penetrate the cracks of Ghost Chance in a circular spiral line leading to an inevitable cul-de-sac, closes the exhibition and, perhaps, even reopens it by inviting viewers to observe, to listen to a sound that is not only sound but also image, word, thought. “The video allowed to play with real time and offered the opportunity of “thinking out loud”. This process is immediately accessible and apparently much closer to that of thinking.”