The story of man in his space told in images, from the post-war period to the present day

Berengo Gardin recounts his life in Venice where he lived in a house overlooking St. Mark’s Square – continuously exercising his sight, having the eye trained on beauty since childhood, the photographer confesses.

L’occhio come mestiere (The Eye as a Craft) is Gianni Berengo Gardin’s solo exhibition curated by Margherita Guccione and Alessandra Mauro, which opened at MAXXI’s Spazio Extra on 4 May and will run until 18 September. This is an exhibition that focuses on Italian cities, from the post-war period to the present day; a journey that always returns to Venice. The Eye as a Craft reflects the title of Berengo Gardin’s book, published in 1970 and curated by Cesare Colombo, which was an anthology testifying to the importance of method and gaze in recounting one’s own time. 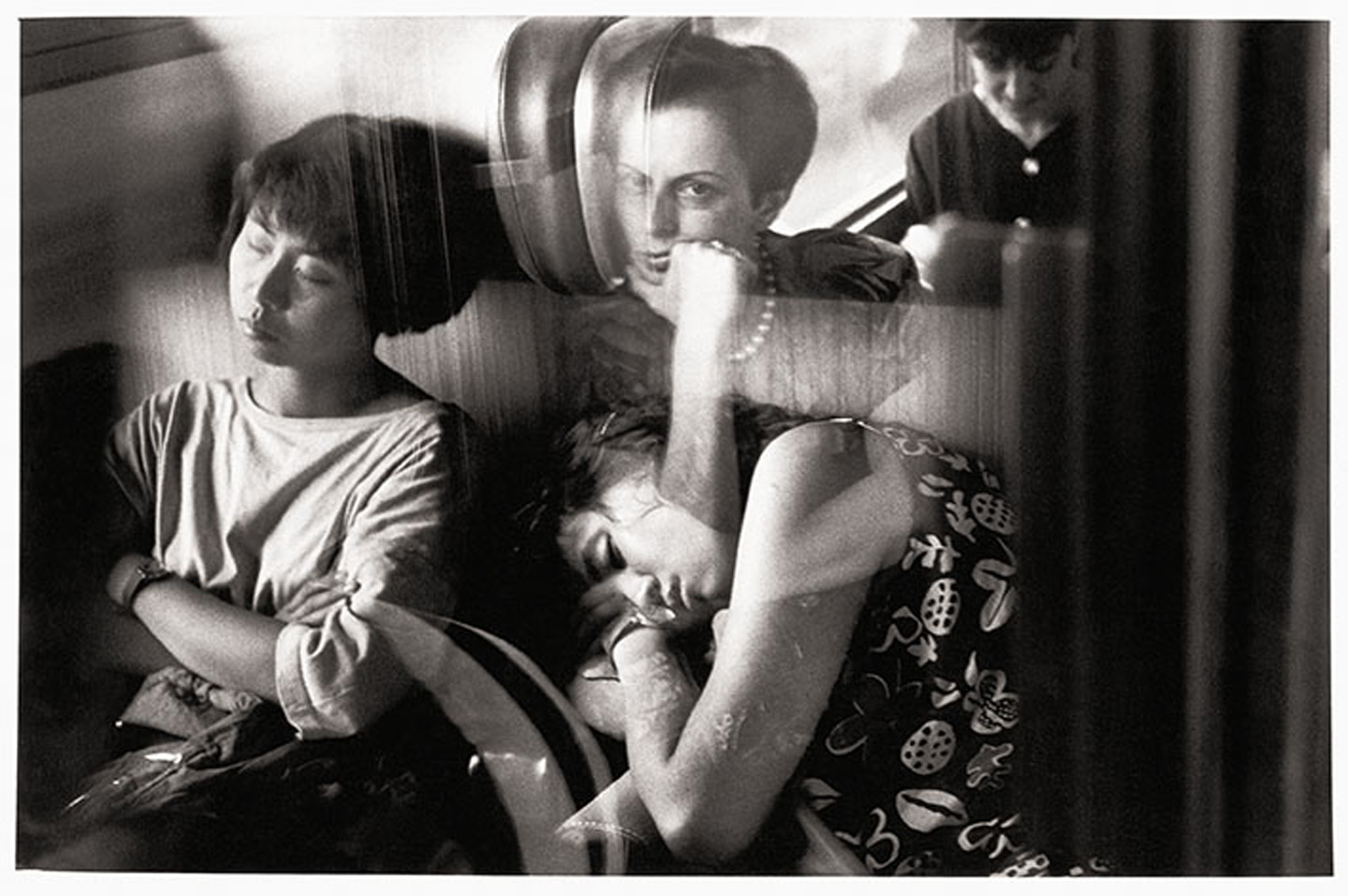 The exhibition consists of two hundred photographs encompassing time, people and space, following the teachings of Ugo Mulas, “Not beautiful photos, but good photos”. The search for emotion rather than aesthetic value, Berengo Gardin is a craftsman rather than an artist, together with his inseparable Leica, who believes in photography’s documentary value and in the importance of the archive as a historical record.

And Berengo Gardin has told many stories, all in black and white; the history of Italian society, from south to north. And what is striking is the atlas that is created in the process – a collection of spaces, urban and domestic settings, rural places and sites of production.

Berengo Gardin gives an account of the constricting space of asylums, courageously showing these non-places and characterising them with their impersonality and aseptic quality. Empty spaces – of suffering, suspended life and sometimes crowded. These are the spaces of Morire di classe (Dying because of your class), a powerfully moving book produced together with Carla Cerati in 1968, which contributed to the approval of the Basaglia law which closed asylums.

The space Inside the Houses is described with shots taken from a 1977 photography project that represented the intimate dimension of individuals. Domestic spaces, scenes from everyday life together with those who inhabited these spaces, situated among objects and furnishings, to document human beings and their affects.

There is also a history of spaces in Venice from the 1960s to the present day. Minute spaces on a human scale contrasted with the extreme ones of the big ships: the “calli” with their illumination and carousels, the waiting areas for the vaporettos, the canals, the squares and the large oversized cruise ships, taken from the famous reportage made between 2012 and 2014.

Then there are the production sites and workplaces narrated through images of Piedmontese rice fields, seasonal workers’ dormitories next to industrial production sites and assembly lines. In the 1960s Berengo Gardin celebrated human labour and Adrano Olivetti’s enlightened vision through his photography by extolling the value of social and cultural services for employees and the local territory. 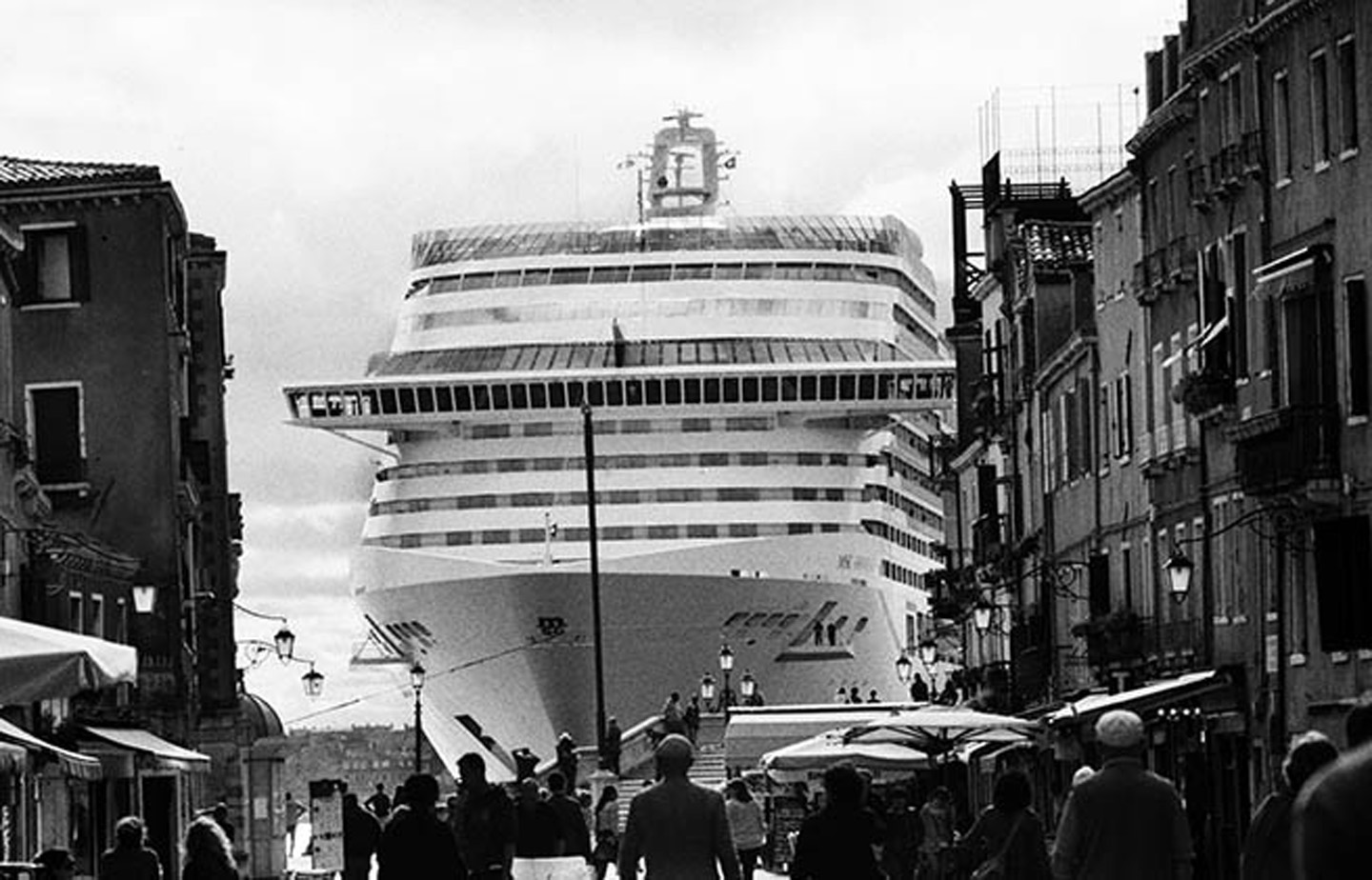 Finally, spaces under construction are narrated: Zaha Hadid’s MAXXI building site, together with those involved in the reconstruction of L’Aquila. Berengo Gardin says Renzo Piano taught him how to narrate architecture. Architectural buildings under construction, objects in the making, consisting of human labour and the work of builders and designers, and details that will remain hidden when the work is finished.

An atlas of places, cities and landscapes as pieces of a larger story – the intertwining of private lives and places which convey a complex picture of Italian history.