H.H.Lim. Silence but not Too Much 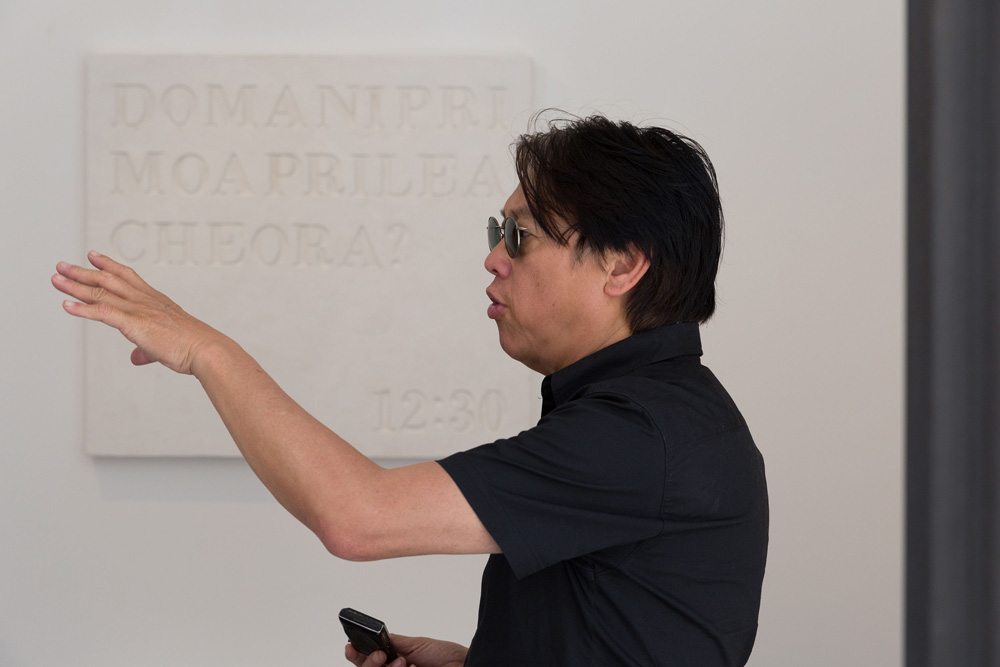 Marked by a symbolic value which draws on a vast dictionary of techniques and materials, the works of H.H. Lim (born Malaysia 1954, he has lived and worked in Rome and Penang since 1976) weather the storms of the present and combine, under a single aesthetic cloak, the density of Chinese and Malaysian tradition with the tools of planetary innovation, to display a visual artery which, with a mixture of irony and provocation, western and eastern vision, among the miracles and traumas of mass communication, leaves culture to memory and constructs reflective short-circuits on the present, on the presence of art and life. His is a live recording, suggests Achille Bonito Oliva, “which, like television, is a figurative representation of the media bombardment to which we are all subjected, for good news and bad, for the economy and for lifestyle”. 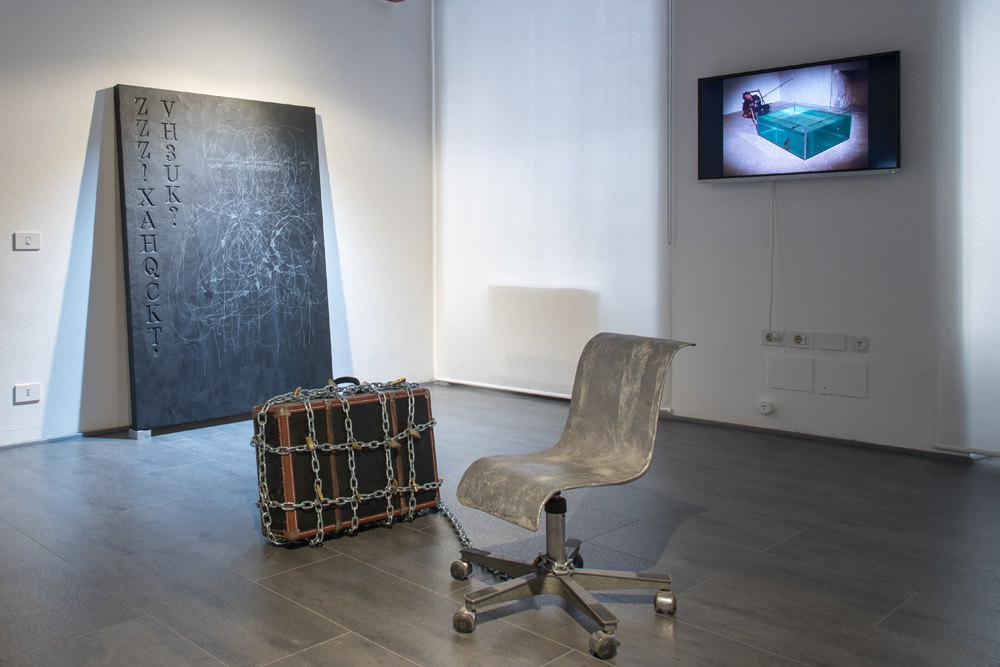 From video to performance, monochrome painting to calligraphic sculpture, installation to photography, Lim’s work addresses the horizons of politics and economics with uproarious elegance, to give art’s nervous system a shake and invite the viewer to re-think the nature of an elusive and impenetrable multicultural alphabet. With C’est la vie (2013), for example, Chinese boxes become a western cage, a fortress, a total institution and the isolation of contemporary man. But also, inversely, they are places of protection, safety belts against the ugliness of the world, enclosed spaces in which to shelter, heterotopian spaces in which to daydream. 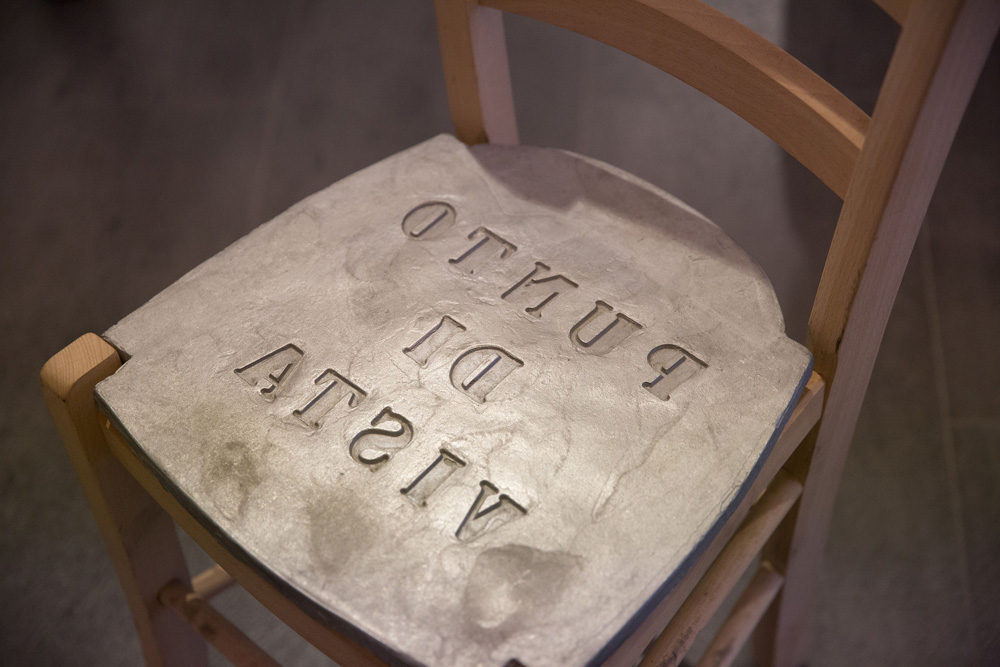 As one of the outstanding artists of the contemporary Asian scene – alongside Lin Yilin, Wang Du, Xu Tan, Yan Pei-Ming, Huang Yong Ping and Yang Jiechang, Lim is gradually developing a genuine discourse on nomadism and statelessness, in order to shift it to the wider sphere of art and thus carry out a polyglot game which constantly escapes linguistic pre-settings and pre-constructions. Indeed, “Lim’s method becomes the constant which accompanies works of different extraction, yet linked by the need for an interdisciplinary trespassing which is not pure and simple, but necessary in order to establish an aesthetic adventure connected to a process of awareness” (ABO). By producing an atmosphere which blends and democratises various linguistic territories, Lim moves like a machine which fine-tunes the tools best suited to his inherent philosophical aims, to make the whole functional for the strategies of a programmed process of de-adjustment to contemporary society. 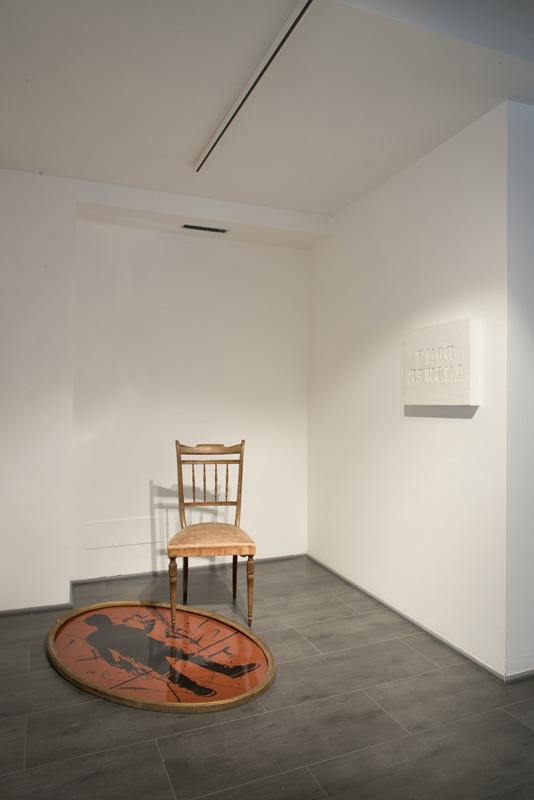 The author of extraordinary performances such as Red Room, a painful piece in which he has his tongue nailed to a table, and Patience, in which, sitting with his back to a video, he concentrates on fishing a trapped (and tamed?) golden carp from an aquarium, Lim creates a philosophical journey of human reality which, by driving the development of the logical thought of the senses and emotions, not only gives ample space to the Witz (witticism), but also lays claim to the material root of the mind. The decision to use the language of words and to make grooves on the surface – surfaces treated with a limited range of colours (rust red, ivory white, mars black and grey – “Grey is the colour of theory”, according to Vilém Flusser) – leads the artist to come up with a tactic which immerses the viewer in a reflective labyrinth, a meditative perimeter: a page from an endless story, a field of reading, a sheet of private notes and public debates.

Central to his work – besides the suitcase – is the chair, the artist’s travelling companion, offering a special viewpoint of the world. The chair becomes a surface on which to reflect, a privileged place of observation: to sit means to think; after all, my way of seeing art is a bit like exploring the constant metamorphoses of a cloud in the sky”. 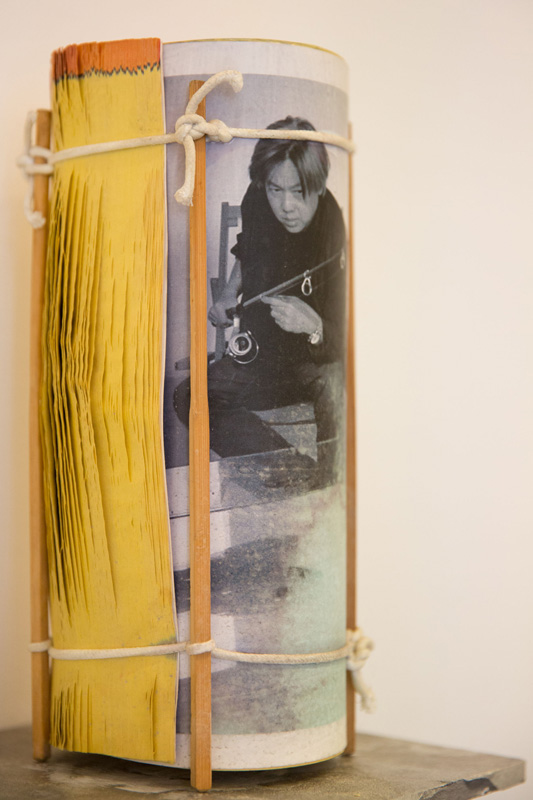 The artist with the suitcase becomes a messenger, a diplomat for art and a Trojan horse which breaks the dams of the art system to get inside and extend its aesthetic style into the flow of the everyday, to take possession of the world. His vocabulary plays a game of chess (and isn’t Partita a scacchi, his performance with Yang Jiechang at MiArt 2011, just such a game?) with the various figures of the art system – the rules of museums, foundations, collectors, galleries, critics and curators – in order to direct the discourse towards a defensive perspective, dictated by a moral resistance which reflects on the gaps in the present, on a world whose mode of operation is inextricably tied to today’s commerce, false myths and rituals.

In Trastevere, the prolonged adventure of Edicola Notte (1990-2015), a nocturnal Artist Space which invites international artists to consider various art forms through site-specific works, is a further progression of Lim’s work, a process of investigation which sifts time and creates aesthetic hopes for the future. (this text is the essay that accompanies the exhibition in Macerata)