Half a century with Tommaso Trini 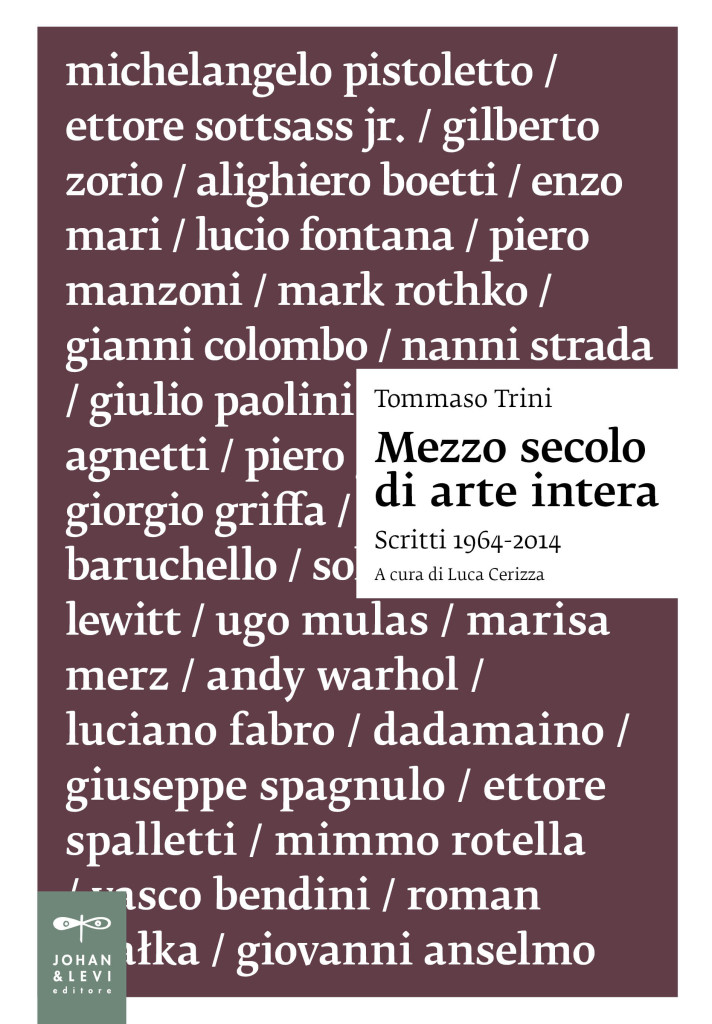 With a series of elegant writings, reflections both accommodating and piercing, narratives always ready to define or track trends, for more than “half a century” Tommaso Trini (born Sanremo, 1937) has moved in the domain of contemporary art in a direct relationship – reciprocal and complicit – jointly with art itself and with its protagonists, the artists.

Since 1964, when he wrote a piece to introduce Michelangelo Pistoletto’s first solo show at the Sonnabend Gallery in Paris (opened in 1962), Trini has set his own intellectual course, and today this is partially brought together in a splendid book, Mezzo secolo di arte intera. Scritti 1964-2014, published by Johan&Levi and edited by Luca Cerizza, who calls Trini “one of the most attentive and timely observers of the art that was being made and also one of the most widely-read and internationally respected writers and critics of Italian art”. 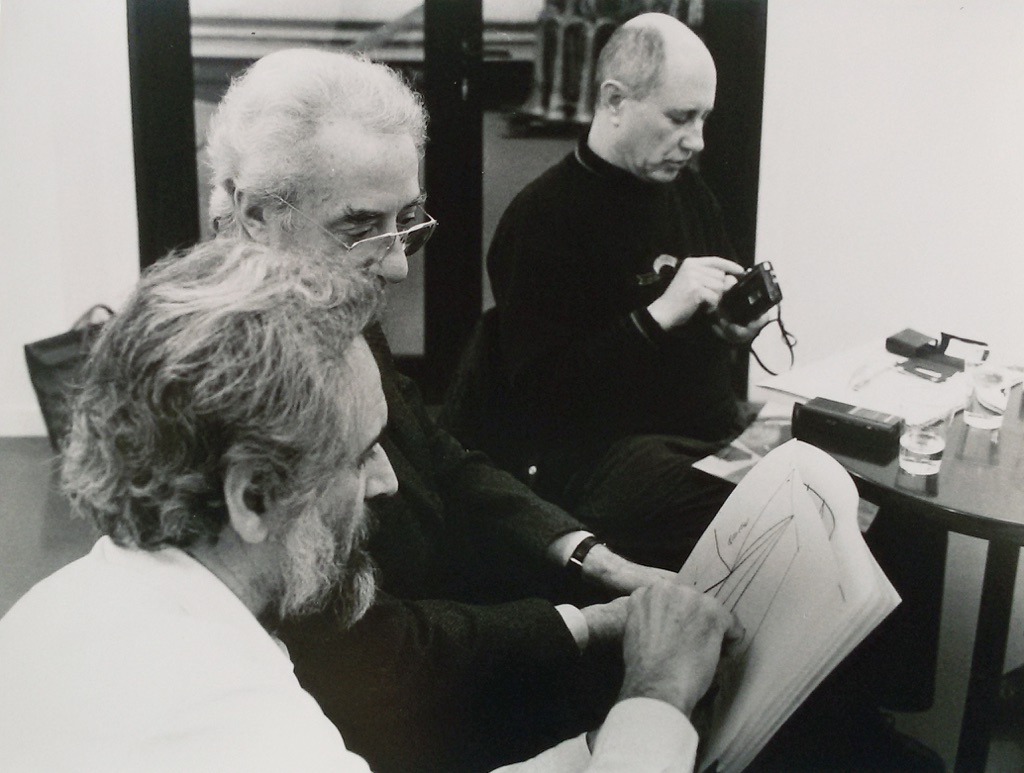 From Arte Povera to Conceptual Art, from Process Art to Land Art, to the last statements of Lucio Fontana – interviewed in Comabbio on 19 July 1968 and published under the title Colloquio con Fontana in issue 466 of Domus (September 1968). And then there are his friendships with Boetti, Pistoletto and Zorio and his influential articles on Agnetti, Baruchello, Dadamaino, Mulas and Griffa. These are some – just a few – of the “figures” touched by Trini as he articulates his discourse on the present and the presences of art, on the phenomena and the creative norms of the latter half of the twentieth century. 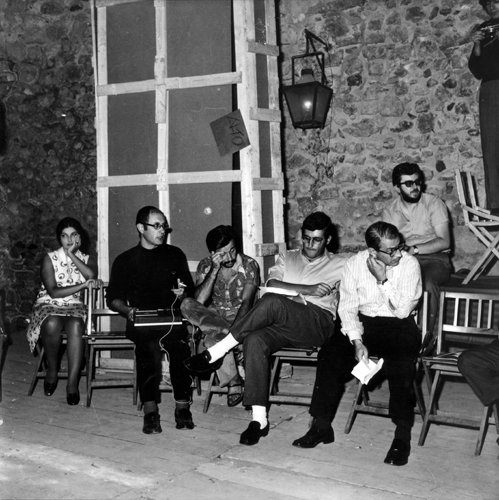 Alongside the activist circles in which he moved – and was a leading light of, albeit with the aloof gaze of an analyst and theoretician seeking to decode and record the events playing out before him – and the happy adventure of DATA (“a landmark magazine of the seventies, in Italy and abroad”; in all 28 issues of DATA were published between 1971 and 1978, and can be consulted thanks to Trini’s generosity on dataarte.it) which he shared with his wife Ciancia Nicastro, from 1970 onwards an interest in science and technology led Trini to create a series of pioneering events. Software (Jewish Museum, New York 1970), Information (Museum of Modern Art, New York 1970) and Artevideo e Multivision (Rotonda della Besana, Milan 1975), the latter curated in conjunction with Argan, are some of the events held to explore the immaterial matter of art and to carry forward an ancient passion, with links to cinematography. 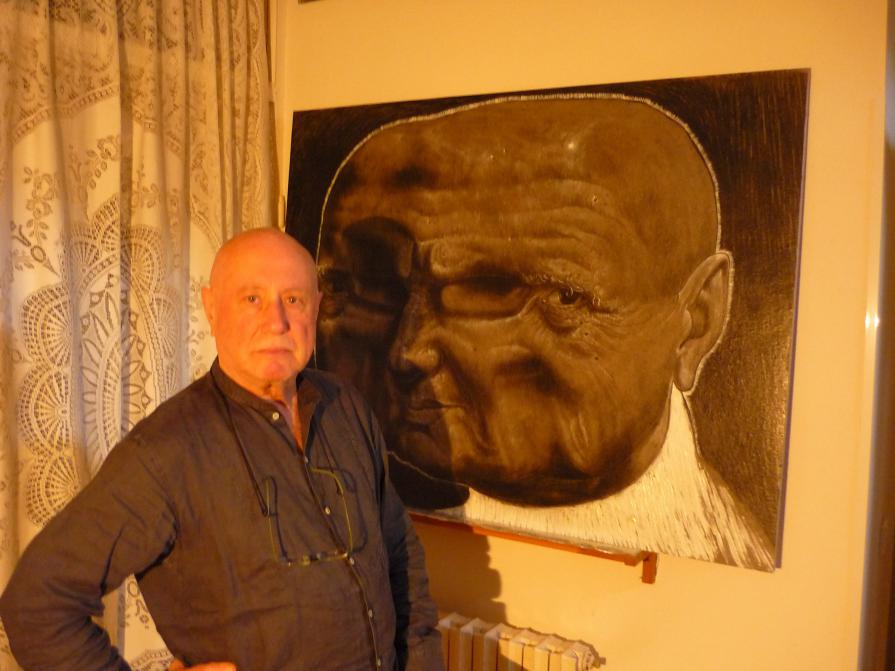 An observer “and interpreter of art contemporary to him and also of the past, with which he engaged in a tireless and passionate dialogue through the medium of writing”, Trini is – and reading the articles now gathered in this marvellous volume makes it quite clear – a complete and quick-witted intellectual: reading him is like entering an uninterrupted train of thought, it’s like “following not so much an ordered historical and artistic analysis”, but rather “observing the thinking process of the writer and critic as it occurs, while he responds in real time to the questions posed by the work (‘where the work makes me think, I duel with the work, as if duelling in a game of chess or draughts…)”.