The Archaeological Site of the Colosseum and the Imperial Forum in Rome is currently hosting HELP THE OCEAN, an installation by Maria Cristina Finucci intended as a wake-up call on the state of our planet. This project is part of a cycle which the artist began in 2013 when she established a new Federal State called the Garbage Patch State, which is the second largest state in the world, extending across 16 million km2 and including five “islands” of plastic now present in the Oceans. 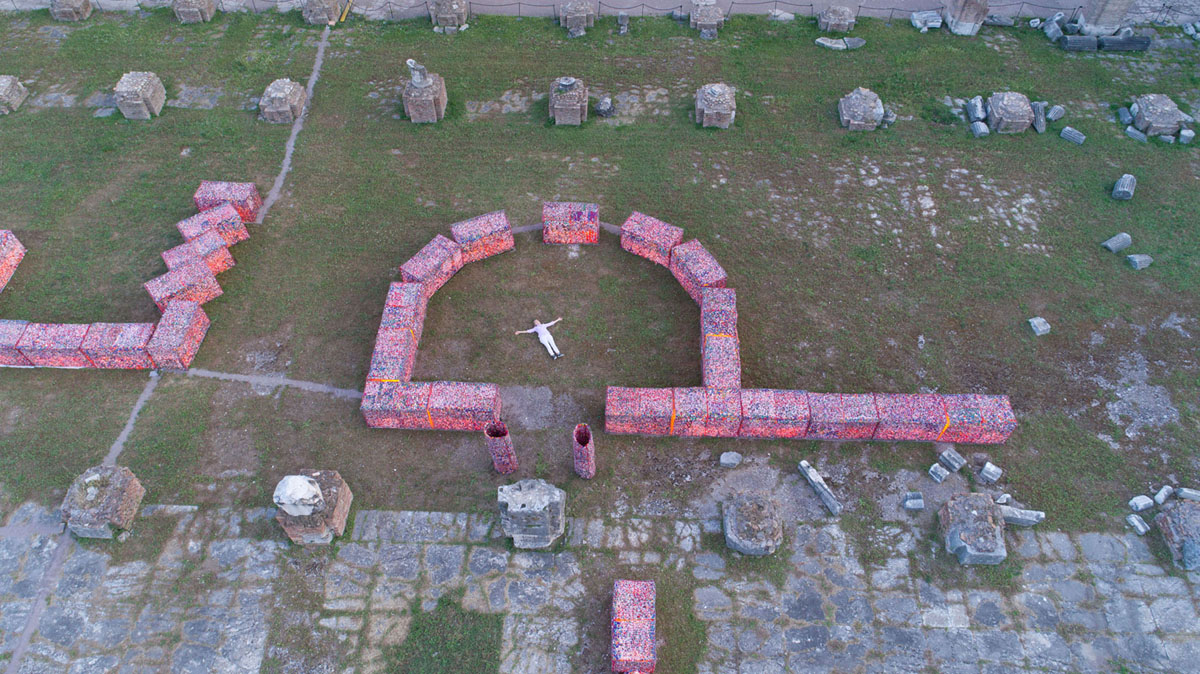 HELP THE OCEAN consists of a series of wire cages provided by the Maccaferri Group, which are covered in embroidery made from six million coloured plastic caps. The installation aims to replicate an imagined future archaeological find dating back to the age of plastic” .

“The year the Garbage Patch State was established,” says the artist, speaking as a future archaeologist in the text that accompanies the project, “the five islands which at the time constituted the Federal State occupied a surface area of 16 million km2. Over the following years, however, this strange “territory” has expanded to the point of becoming, against its wishes, the largest continent. As we know, it was not the intention of the Garbage Patch State to expand; on the contrary, it experienced a violent and uncontrolled expansion of its borders. The articles of its Constitution focused on the need to stop its involuntary growth. For this reason, perhaps, the State chose the Roman Forum, one of the most symbolic places on the planet, to send out its warning call to the millions of people who visit the Roman Forum, in the hope of seeing its expansion halted.” 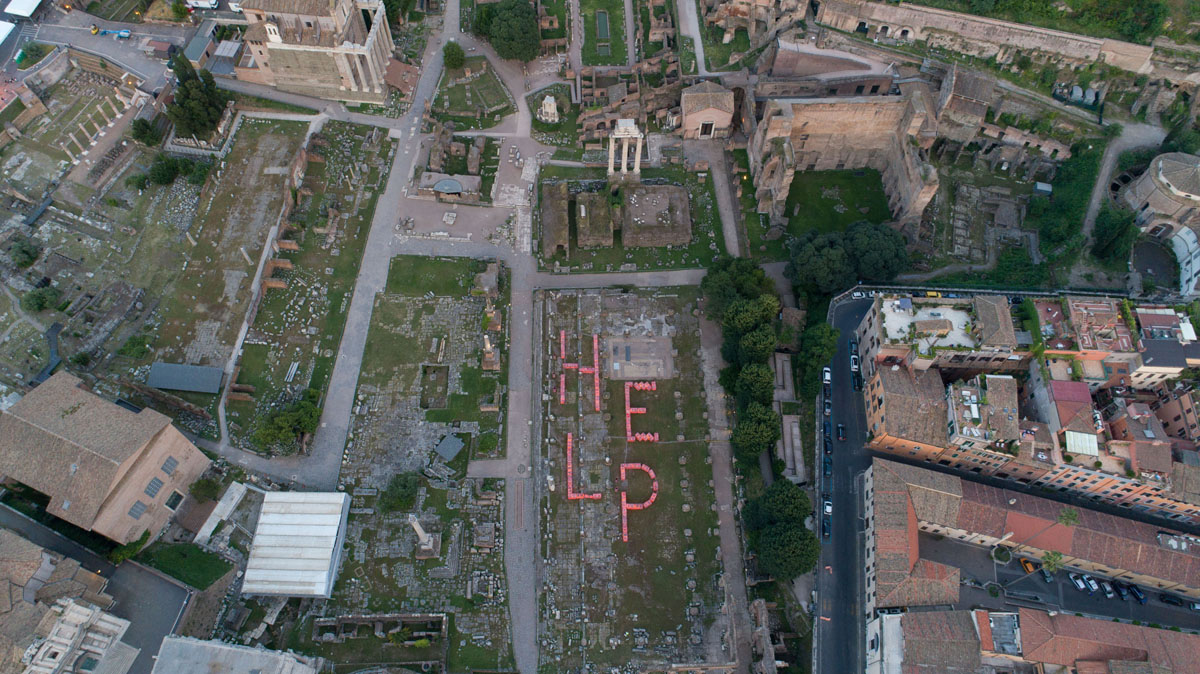 Once again, visitors are guided with the help of the installation through the historical memory preserved inside the Archaeological Site of the Colosseum and the Imperial Fora. The installation is best viewed from above where the word HELP is formed by the mosaic of caps. This writing is also visible in the evening, thanks to the support of the electricity company ENEL. At ground level, visitors can appreciate some of the references to the architectural styles of ancient Rome.

FRAME > All on one roof