On 22 December 2020, the artist Iginio De Luca burst onto Rome’s everyday scene with his latest work, Sta scrivendo… (De Luca is Typing…). In this action, de Luca made screenshots of 25 images capturing sections of a chat he had with the curator Claudio Libero Pisano and then “published” them in the form of posters in places set aside for advertising. The posters reflect the intimacy of a conversation between two friends and collaborators; these are not staged dialogues, but real conversations extrapolated from a WhatsApp chat dating back to 2017, before this even was conceived, at a time when the curator and artist were working together on the exhibition Bitter Rice, hosted by the independent space AlbumArte. 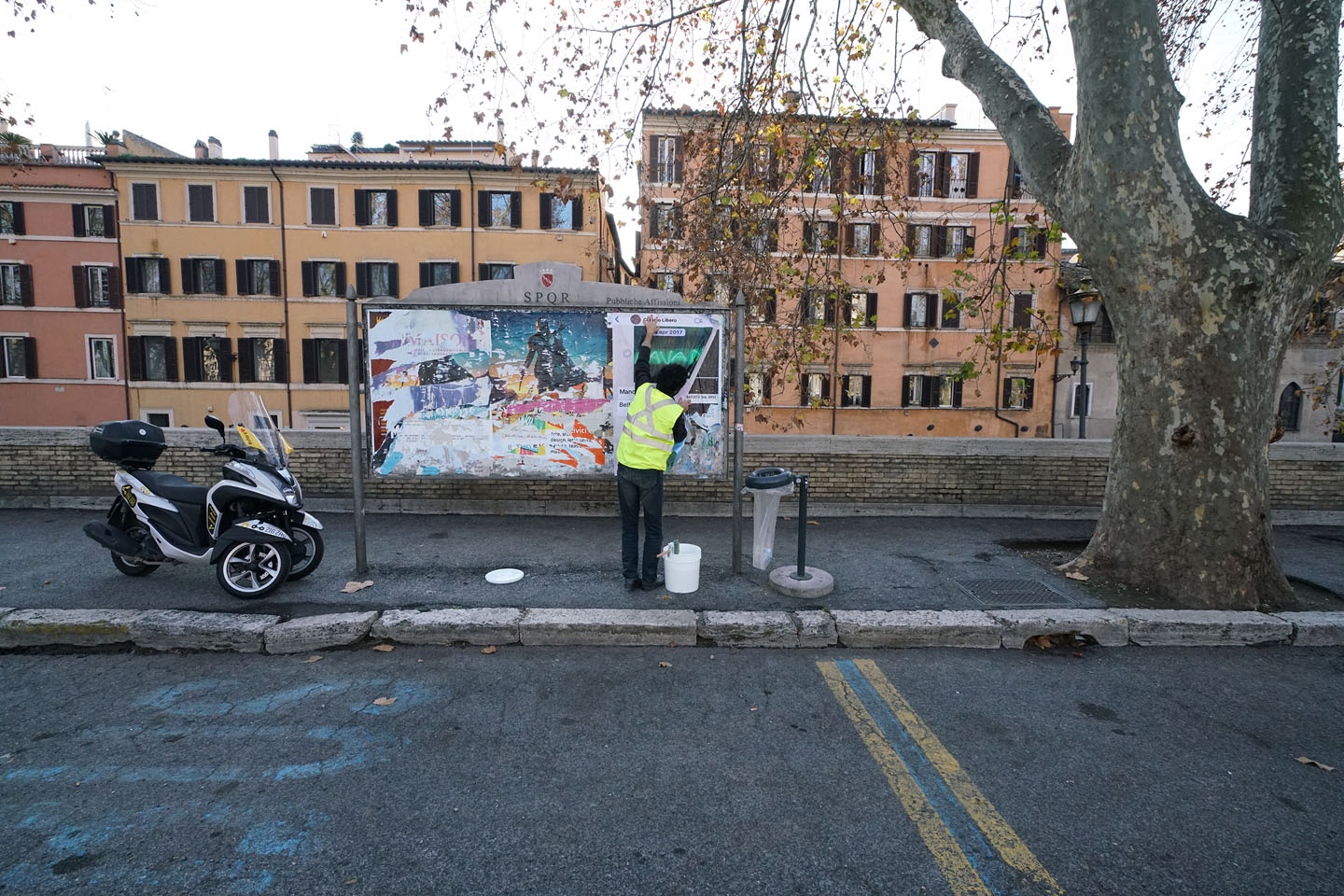 Coming across the posters from Sta scrivendo… it is surprising to learn about the gestation phase of an exhibition. We read about two men who work through communication; the language is informal, a succession of considerations, jokes and service announcements about the project and its progress. The tone is playful and there are also some typos. The posters are displayed using progressive criteria, tracing a journey which starts from Piazza del Mattatoio in Testaccio, and follows a temporal and, eventually, spatial order. 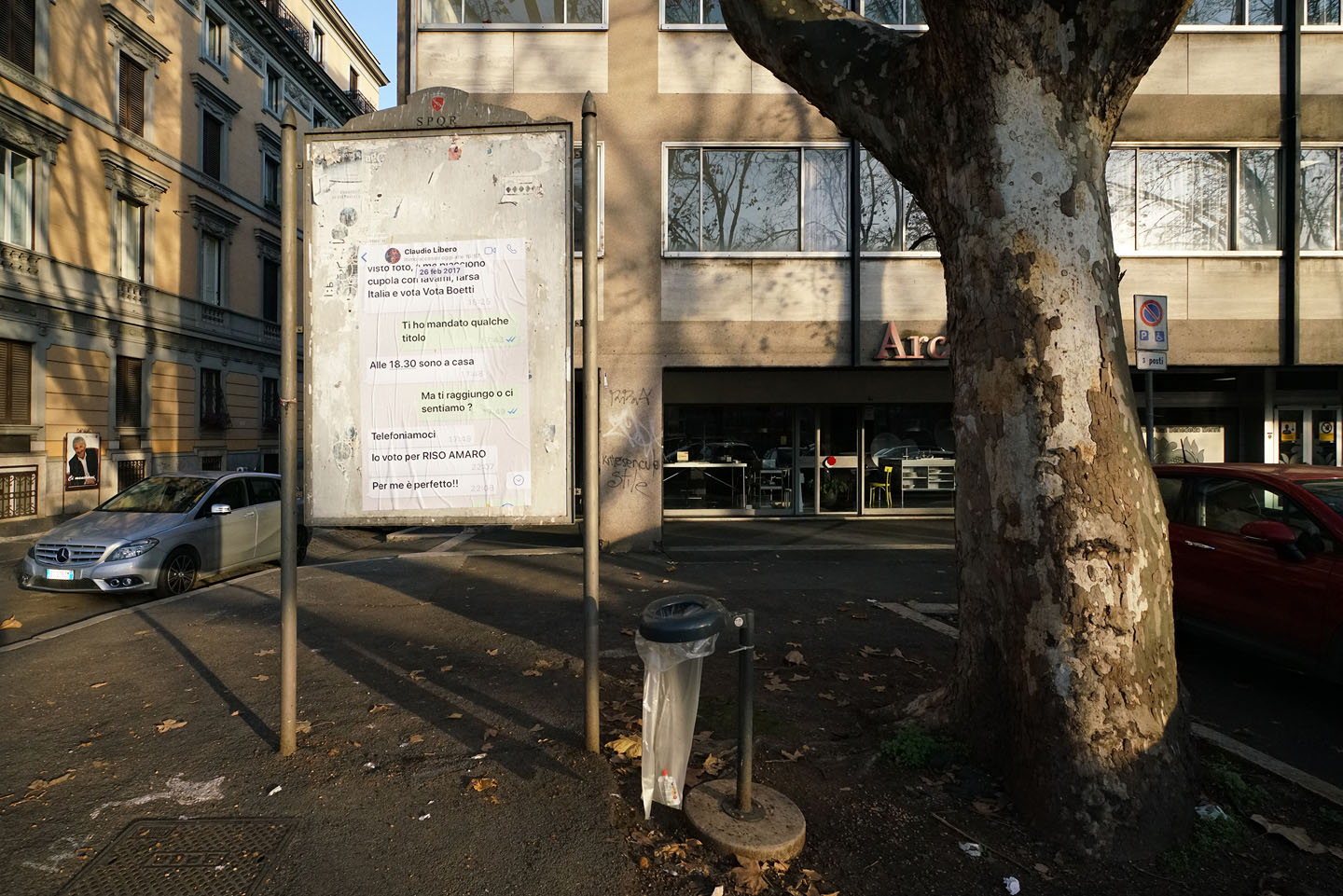 The places are chosen on the basis of their social interest – museums, ministries and political places; they are in dialogue with each other and important to the overall sense of the work. Through this conversation, De Luca uncovers a small fragment of life, a subjective memory, a path, but also common practice. By performing this action in an analogue space, the artist reveals himself as an authentic subject, distancing himself from the “snobbery” we often expect from contemporary art; he removes the artist’s stereotypical mask of genius, to show the man underneath. 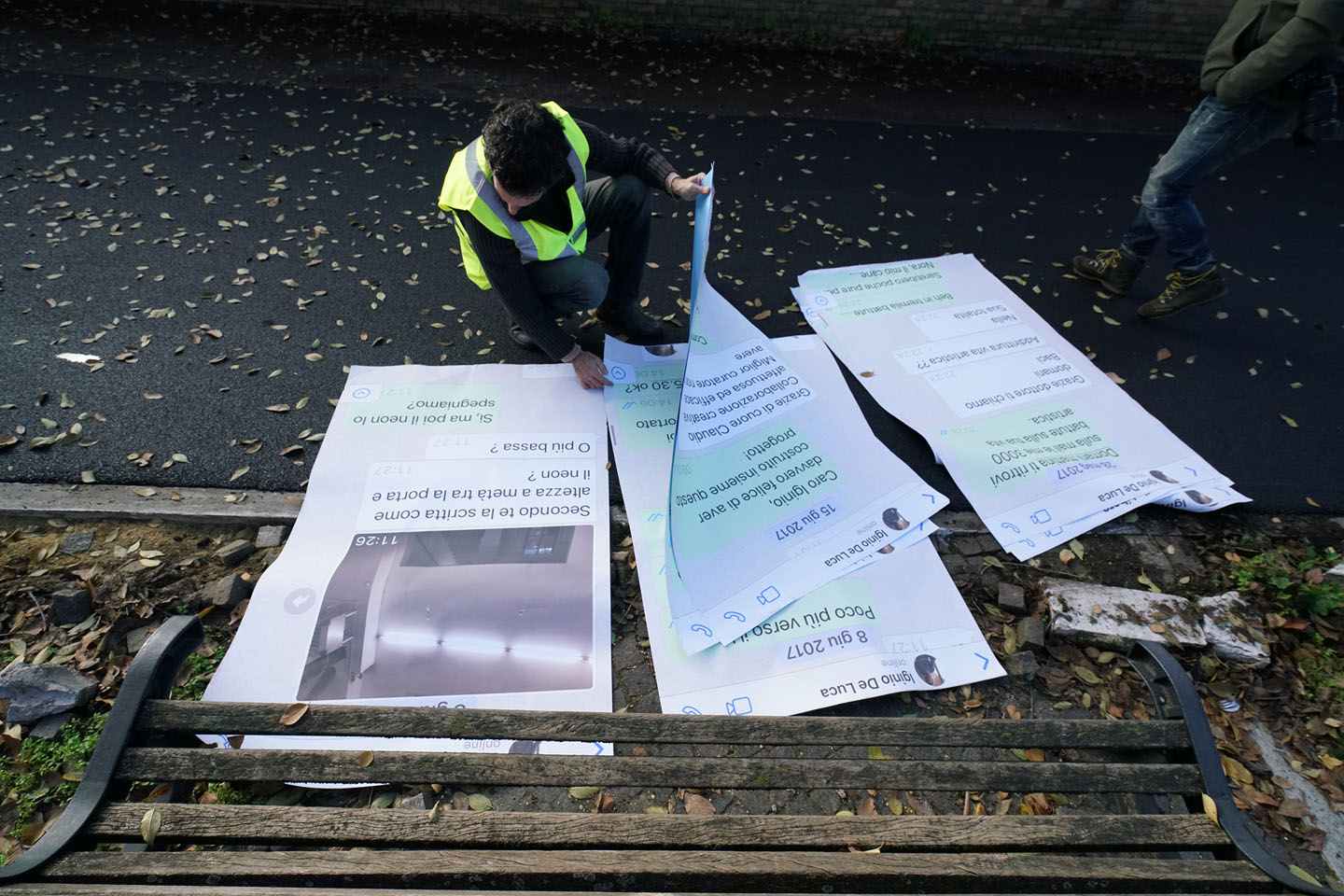 Now that our material life is dominated by our online life, such an act corresponds to a denudation, an affirmation of subjectivity in contrast to the advertisements aimed at a mass audience. The layout of the posters is familiar but, nevertheless, creates estrangement because it is decontextualised, devoid of the graphic codes which we are accustomed to, interrupting the continuity of the graphic landscape. In the same way as a graffiti writer, De Luca reclaims the public space, inserting himself into the jungle of urban language to claim the presence, existence and also the resistance of men, artists and the art world. De Luca was here! 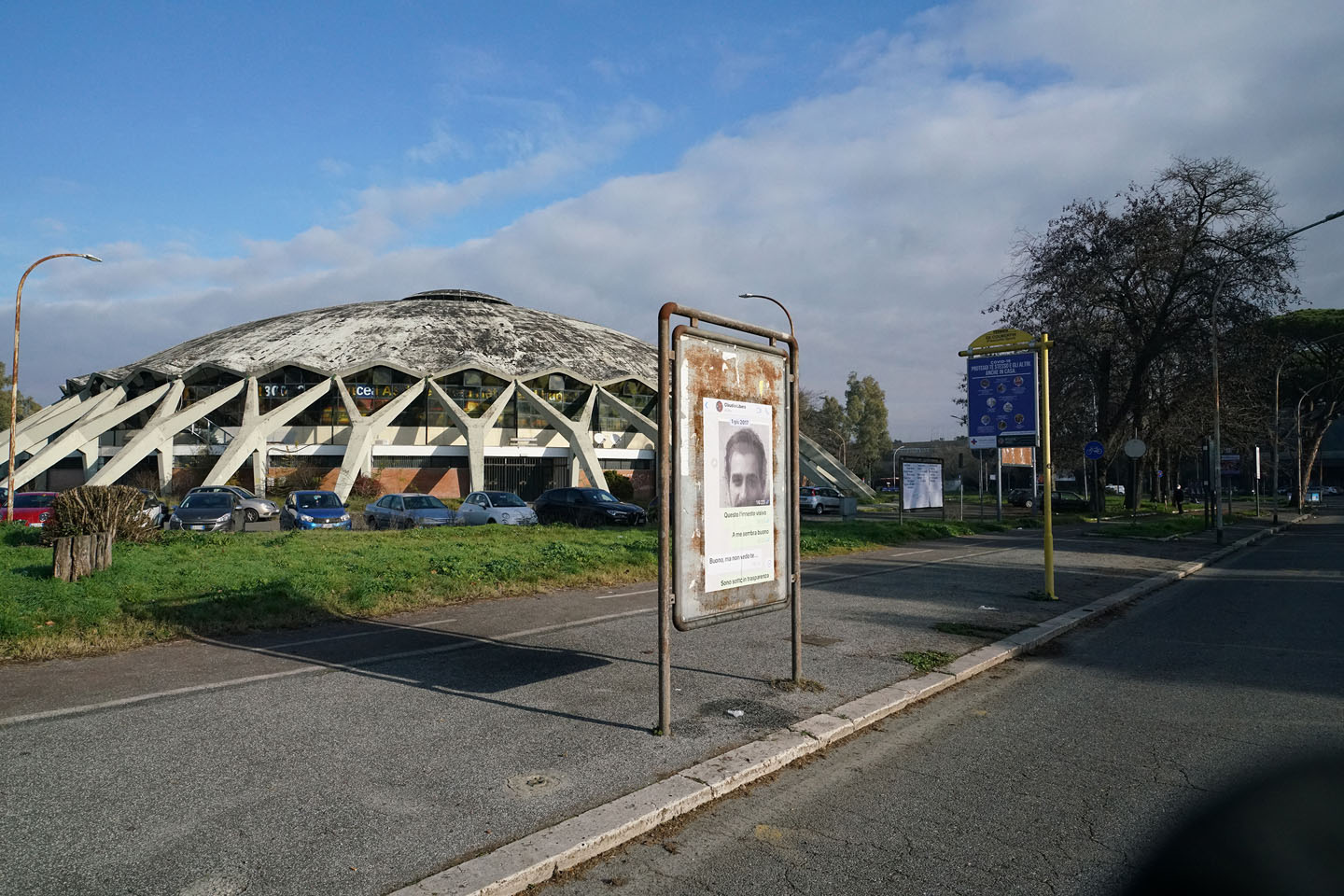 By offering to the public such a sincere gaze on art, all the observers are involved in this form of exposition that represent a first step towards a reconciliation that is now needed among whom, today, still consider contemporary art as something foreign. Through this dialogue we understand the interdependence between the artist and the curator, between the artist and the work, and between the work and the public. This is a dynamic that perfectly fits any organic system where artist and curator show themselves as humans. They are workers, pillars of an economic sector that is more and more evanescent invalidated by a distracted legislation. Here it is. The art belongs to everybody and Iginio De Luca remarked this, Claudio Libero Pisano has countersigned it and Albumarte undersigned the whole operation.

participated and shared by AlbumArte and Claudio Libero Pisano

Game Over | Interview to Valentino Catricalà

Game Over | Interview to Valentino Catricalà